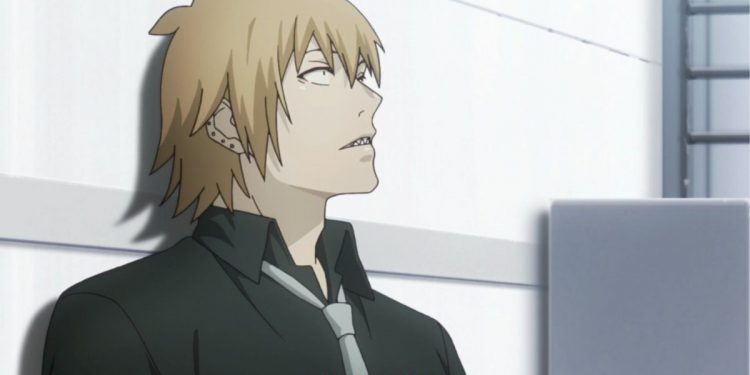 Tokyo Ghoul is a masterpiece that beautifully depicts the darker aspects of life. Marked by various tragic events and the unexpected deaths of many, Tokyo Ghoul is not a light-hearted watch. If we may say, ‘Life isn’t all black and white, but many shades of grey’ is the central theme of the Tokyo Ghoul series. Although the entire series is full of terrible villains, one can’t help but pity them once they get acquainted with their tragic backstories. Needless to say, though, the villains, still as they deserve, do not go unpunished by the heroes. What makes Tokyo Ghoul unique from the rest is that the heroes themselves are quite difficult characters to understand. Sui Ishida does not shy away from putting the most popular heroes through challenges for deeply essential character development. One such character that we have come to love is none other than Ginshi Shirazu. Will Ginshi Shirazu die in Tokyo Ghoul?

A loyal member of the Quinx squad, Shirazu, with his energetic personality, has managed to occupy a warm space in every fan’s heart. So what is the final fate written out for him? Will Shirazu ultimately die in Tokyo Ghoul? If so, how does he die? Read to find the answers to all your questions as we not only decode Shirazu’s personality but also cover all the significant information that you need to know.

Shirazu Ginshi was a powerful Quinx who was worked as a member of the Commission of Counter Ghoul. He was an important member who served as a Rank 2 Ghoul Investigator and the Quinx Squad’s leader. A good member as well as a respected leader Shirazu, like the majority of the squad members, possessed great admiration for Haise Sasaki. Despite this, however, he was an individualistic person who didn’t depend upon others for conformity and made important decisions on the basis of his own judgment. This has been made apparent many times when he particularly went out of his own way to carry out dangerous missions with or without the final approval of Sasaki and thus was frequently accompanied by Kuki Urie as a partner for backup.

Shirazu has been described by those who knew him best as an uncomplicated individual at the core who mostly took things at his core value which is a quality in direct contrast to the intimidating aura he gave out. This might come as a surprise for most as he was an excellent leader with exceptional combat abilities. His gullible nature is made apparent when Urie easily dupes him into foolishly believing that Sasaki was exploiting the Quinx for his personal benefits.

Shirazu was a person easily prone to quick anger followed by loud verbal expressions of the same. He was a people’s person with an overall charming, energetic and happy-go-lucky attitude. Definitely, a man everyone could count on and look up to raise their morales, Shirazu loved deeply and recklessly. In fact, his main motivation for joining the Commission of Counter Ghoul was so that he could help pay the bills for his ill sister. This is proof, amongst many other instances, that Shirazu had no qualms risking his life for the people he cared for. One trademark characteristic of his was that he was self-confident in his fighting skills and usually sported an amused and arrogant smirk when fighting those that were weaker than him.

Shirazu was a muscle head who wasn’t very bright when it came to intellectual things such as research and studies in particular. This might have been his shortcoming, but he was seen by all without doubt as a capable and exemplary leader because of the regard and attention that he held for his environment and people alike. Beneath his violent demeanor, he deeply cared for all the members of his squad. Although his intimidating appearance and ruthless behavior might beg to differ, he was, in actuality, one of CGC’s most empathetic members. All in all, he was a valuable member who always carried out his duties despite the many challenges that he was faced with.

Also Read: Will Eto Yoshimura Die In Tokyo Ghoul? All About The One Eyed Owl Discussed

Shirazu Ginshi will die in the final episode of Tokyo Ghoul: re Season 1 or Tokyo Ghoul Season 3. In the Tokyo Ghoul: re manga, Shirazu dies in chapter 55 during the very intense and tragic Tsukiyama Family Extermination Operation. So, the big question is, just what event led to the death of the powerful Shirazu Ginshi? The whole fiasco takes place during his fight with Noro when Shirazu was given the duty of supporting the Quinx team and the Itou-Quinx team as Sasaki traveled ahead of both the teams.

What takes place immediately after is a horrific battle much to the shock of Shirazu when Noro kills two of the investigators in a flash, right in front of his face. An undeterred Shirazu gears up and tells Noro that he will attack him with his Nutcracker quinque. After being informed by the CCG that Noro was one of the deadliest of all known ghouls, he realizes the gravity of the situation and immediately decides to use the Nutcracker quinque.

As Noro and Shirazu engage in a deadly battle, the latter manages to find an opening and makes use of the opportunity to throw the quinque straight into Noro’s chest without a second thought. This leads to the quinque expanding inside Noro’s body which mutilates him into various pieces. Though the damage was deadly, much to the surprise of all, it was insufficient to stop Noro. In addition, this only helped Noro injure most of the squad members who were struck by different kagunes emanating from the lower part of his body.

At this point, Shirazu knew that a severely injured Noro was still very much capable of killing all the investigators and thus started a relentless attack on the former to avoid the worst possible scenario. He spammed Noro’s body with his kagune bullets to the point where he himself was injured, knowing that if he stopped, Noro would kill everyone. Continuing the relentless attacks, a tired Shirazu creates an opening and signals Urie to kill Noro once and for all. Urie is successful in her endeavors to eliminate Noro, only to discover that the latter had still managed to deal a deadly blow to Shirazy amongst the blows.

Although it was an ultimate win for the CGC for taking down a most powerful ghoul, the damage that was dealt to achieve this feat was tragic. Much to everyone’s disbelief, Shirazu, their respected leader, had taken quite a hit. Every member of the squad rushes to Shirazu’s aid but quickly realizes that his wound is too deep for him to heal fast enough to live. Shirazu realizes that his time had come and started wailing the name of his sister.

What was Shirazu’s dying wish?

Although all of the members are shouting at him not to die, Shirazu due to his extensive injuries is neither able to hear them nor see them. He asks why all of the squad were so quiet. He finally comes to terms with his unavoidable death and asks for anyone to hold his hand so that he doesn’t die alone. In his final moments, Shirazu thinks of his dear sister and makes a request to all to let Haru die peacefully after his death.

After giving out his dying wish, Shirazu quietly passes away. During the aftermath of the operation, Shirazu’s body was put onto a vehicle which was unfortunately stolen after being attacked by Aogiri Tree. The objective of this was to reverse engineer Quinx’s frame technology and improve the success rate of his one-eyed ghoul experiments. It is only after many years pass that he finally finds the remnants of Shirazu’s body and gives him the proper burial that he deserves. Shirazu, without a doubt, died a heroic death. This event, however, marked a permanent loss to the entirety of the Commission of Counter Ghoul. Let us know in the comment section what you think about the unexpected and tragic death of Shirazu Ginshi.

Johnny Weir’s Net Worth: How Much Does the Figure Skater Earn in 2021?