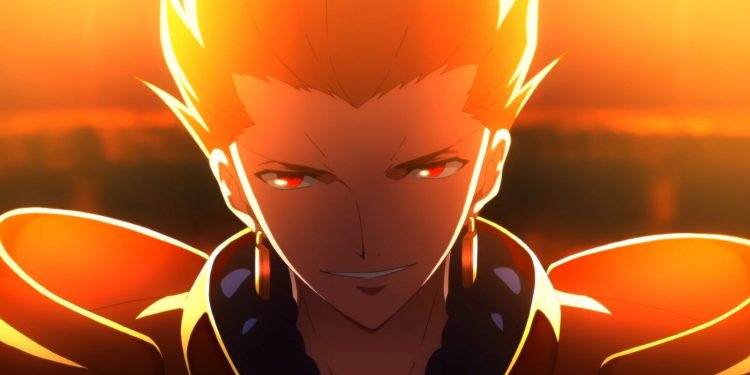 Gilgamesh is the villain of the Fate series, and his nickname is Archer. He got the name of Archer because he belongs to the Archer Class and served as a servant of Tokiomi Tohsaka, Kirei, and Shinji Matou. He is the sub-boss of the Fate route and the final boss of the Unlimited Blade Works route. But he covered the major part of the Fate series as sub-boss. We have seen that Gilgamesh has a craze for Saber in the Fate series.

In the Absolute Demonic Front: Babylonia, Gilgamesh was not a villain. And he was also seen as a Caster-class servant instead of an Archer-class servant. His role in the series is a major part because he covered most of the story’s portion. And as a character, he is so good, and his obsession with Saber is one of his reasons to become like this. Gilgamesh is not only a negative character, but he also displays a positive impact throughout the series.

Also Read: Will Jeanne d’Arc Die in the Fate Series?

Will Gilgamesh die in the Fate series?

Yes, Gilgamesh will die in the Fate series. During Fate, he fought with Caster, Shirou, Lancer, and Saber. Because Caster attacks Shirou’s place, Gilgamesh kills Caster. And after the meeting with Saber and Shirou, Gilgamesh attacked both of them, but they escaped. And in one of his fights with Lancer, he murders Lancer. But during Saber’s final fight against Gilgamesh, Saber murdered him with his own two hands. This was a painful moment for Gilgamesh because he never wanted to lose against Saber.

Gilgamesh is a big, serious guy with a flashy color of yellow tresses. His crimson color eyes leave a strange glow that causes individuals to shrivel and makes his sight much more dazzling. Gilgamesh is a strikingly attractive and wonderful person with an attractive complexion.  He has an abundance of energy, masculinity, passion, wisdom, and charm.

He possesses a confident voice, faultless silky face, nice teeth, and a “fine figure” that is said to radiate power, leaving the fires around him frightened to approach. He is faultless, no matter how much he participates in negative actions. He simply uses his determination to help many, leading others to regard him as a great captain. He emits a selective appeal that generates spontaneous comfort and attraction while slowly lowering barriers.

Gilgamesh put oneself in front of his country and society, and he had zero interest in conquering the world. Perhaps since he had everything he wanted, he stood his ground to relax oneself, perfecting all of life’s treasures and comforts. He does not think that he needs various philosophies because he is certain that right and wrong should be treated fairly.

Gilgamesh is a crafty, arrogant, and egoistic character who claims ownership of the entire universe and claims to be the only ruler. He refuses to recognize anyone’s power and control, including that of the deities. He is a highly confident character. In combat, he has a habit of misreading his enemies and treating conflicts as a joke. His arrogant nature stops him from seeing his enemy as a big problem, and he always takes battles lightly.

Where can you watch the Fate series?

After knowing about Gilgamesh and his death and also about his personality and appearance, if you are looking for a streaming platform where you can watch the entire Fate series, then you are in the right place. We will tell you about streaming platforms, but before using this platform, you have to subscribe to their website or an app if it’s available in your respective. You have to use your email id for the subscription. Then you will be able to watch the entire series and also you can watch anime too. The streaming websites include Netflix and Crunchyroll.

How To Watch Black K-drama? Everything To Know About The OCN Thriller!