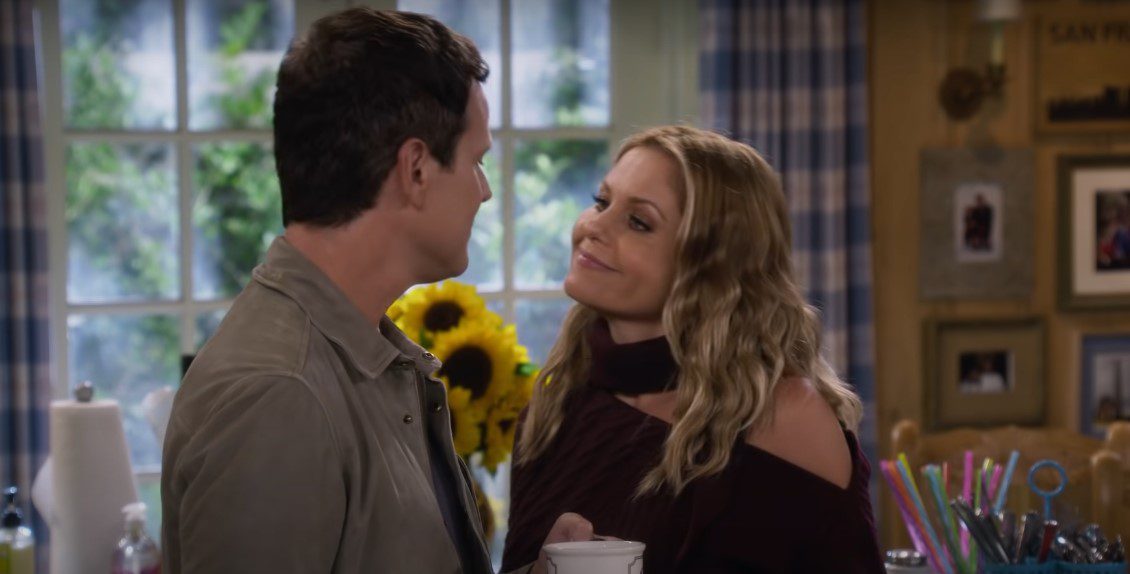 If you lived the 1980s and the early 1990s, you would remember Full House, and if you have a Netflix subscription and a knack for nostalgia, you might wonder what is up with Fuller House Season 6 on Netflix as well. And if you’re neither, don’t worry, because we have got you covered here as well. Here’s the deal, we managed to scoop out every diligent piece of information regarding the possibility of a next season, and we summarized it for you.

If you’re not familiar with this show, ‘Fuller House’ is a sitcom about D.J. Tanner-Fuller, a newly widowed veterinarian who struggles to balance her professional life and raise her three misbehaving sons. D.J.’s younger sister Stephanie and best friend forever Kimmy move in with her to help her strike a balance between each other. It is a spin-off to the ABC show ‘Full House,’ which ran from 1987 to late 1995 and is still considered one of the most popular sitcoms among viewers. It was created by Jeff Franklin. Now, without any further ado, let’s begin covering this topic here at Otakukart.

Fuller House Season 5 Covers the preparations for a Triple Wedding!

Also Read: How I Met Your Father Season 1 Episode Schedule

Fuller House Season 6: Is It Happening? Everything we Know About The Renewal Status

Season 5 of ‘Fuller House’ was released in two parts. The first nine half-hour episodes aired on December 6, 2019, with the remaining nine episodes following on June 2, 2020. All of the episodes are available on Netflix. Now, here’s what we know so far about the possibility of Fuller House Season 6. The network announced on January 31, 2019, that the fifth season of the family sitcom would be the final one. In consequence, Netflix was forced to cancel the show due to a significant drop in viewerships. ‘Fuller House’ season 6 has been officially canceled, which is unfortunate.

Candace Cameron Bure has expressed her desire to keep the show going. For one part, she loves playing DJ Tanner. In fact, she loves her character so much that she says she doesn’t mind playing her for the rest of her life —talk about a lifelong commitment! Not even Sigourney Weaver with Alien!— Moreover, Cameron Bure also said that if Netflix and fans wanted it, she’d do it forever because the Fuller House cast is more than co-workers; they’re family. Still, having the lead committed like that just won’t do.

How Did Fuller House Do Ratings Wise?

The reboot received mixed reviews when it premiered on Netflix on February 26, 2016. Fuller House had critics praising the show’s formulaic storyline, situational comedy, uninteresting writing, and absence of innovation. They also promoted it as a sheer service to the franchise’s die-hard fans. At the same time, viewers, particularly fans, praised the show for adhering to the linear static and emulating the original series’ vibe. It ended up going on to become the most-watched television show of the year. Over five seasons, the show received a Teen Choice Award and two Kids’ Choice Awards and was dubbed a “guilty pleasure watch” by some viewers.

But nostalgia appeal isn’t enough. Call it what you want, but the public is, in fact, more demanding than just sticking to what worked in the past. And sadly, that’s what happened to Fuller House. For one part, the writers didn’t manage to get any characters out of their comfort zone. Nor does the show seem to embark anywhere else than where Full House went back in 1995. Can there be a re-reboot? Only time will tell. Maybe we will have to wait another twenty years to see how things went. And it’ll be hard because Bob Saget is no longer with us, and interest wanes over time. You can only play that nostalgia card for a limited time.

Just after rehearsal dinner, Jimmy implores the guys to start leaving before midnight, as seeing the bride before the wedding is considered bad luck. You see, Jimmy unleashed a curse when see saw Stephanie after midnight. The clan does become anxious as midnight approaches. D.J. assures Jimmy that there will be no curse and that he should not be concerned. The girls learn the next day that the wedding venue has indeed been taken over by the government when they arrive. They make the decision to have the wedding at their home.

When their wedding venue closes, DJ interprets it as a sign and implies that they hold the ceremony in their backyard, which I assumed was the plan all along. I can’t imagine the wedding taking place anywhere else because all of Tanner’s major life events have occurred in the backyard.

Also Read: Date A Live Season 4 Premiere Announced: All To Know About it

The minister’s bad luck continues when he has to cater to high-profile visitors. Danny and Joey look for additional officiants. All of them include Gia, Matt, Larry (Max’s best friend and enemy father), who has a crush on DJ, and Derek. When Jackson’s ex-girlfriend Lola arrives, Rocki is irritated that he does not introduce her as his girlfriend. Popko, Ramona’s ex-boyfriend, appears as Ramona scoffs at Jackson. Ramona is so panicked that she forgets to start introducing Popko to her boyfriend, Ethan.

The vows were emotional, with Fernando thanking Kimmy for giving him a daughter who is more beautiful than he is. Jimmy tells Steph that he knew she didn’t expect to find love with a Gibbler, and Steve remarks on his long history with DJ. And how marrying her was a boy’s dream come true. Prior to the start of the wedding, Danny, Joey, and Jesse patted one another on the back for a job well done in raising these girls. And it’s true that they’ve grown into three amazing and self-sufficient women who are now in good hands with Steve, Fernando, and Jimmy.

It Plays Out Well

Later on, Jackson unifies with Rocki and confesses his feelings for her. Rocki tells Jackson that she loves him as well, and the two kiss. As the wedding date approaches, wedding guests such as Matt, Gia, C.J., and Rose, as well as Duane, Viper, and Vicky, who is still friends with Danny, begin to show up. After that, Danny’s ability to secure Joey McIntyre —The New Kid On The Block— to preside in the wedding astounds the girls. In the end, Stephanie, Jimmy, Dani, Kimmy, Fernando, and Ramona all ask D.J. if they can all stay as they prepare to move out (to which she happily approves). Stephanie announces that she is expecting a child. All things considered. It was a nostalgia piece meant to do one thing, and one thing only: Reminisce the good ol’ times.

Where to Watch Fuller House?

If you’re new to Fuller House, or if you want to view past episodes, the only place you need to go is to Netflix because this program is a Netflix Original series. Consequently, you won’t find it on Hulu, Disney+, Paramount+, Discovery+ or Amazon Prime Video. Fortunately, Netflix is a globally available platform at a very accessible price. Starting at US$ 9.99, you get unlimited ad-free access to everything in its catalog from virtually any device with an internet connection. With this, we conclude our coverage of Fuller House here at Otakukart. Thank you for reading our article. And please keep coming back to our website for more daily updates on all your favorite shows, series, and movies.