Will Eren Yeager die in Attack on Titan? What led him to activate Rumbling? Attack on Titan is created and written by Hajime Isayama. It has finally reached its end after 8 years. Eren Yeager is the main protagonist of the series who commands the power of three powerful titans, Founder’s titan, Attack titan, and Warhammer titan. Since Eren is not Royal blood he was constantly haunted by the memories of his father and Ymir’s spirit. To command 100% power of the Founding Titan he needs to be in touch with someone of royal blood. Eren’s half-brother Zeke Yeager was royal blood. Despite being royal blood he was not bound by the vow to renounce war. Unlike Eren, Zeke had a sinister plan in mind, and for accomplishing that he needed Founding Titan’s powers.

As we have seen right from the beginning of the series, Eren deeply cares about his friends and is willing to go to great lengths to protect them and if necessary wipe out 80% of the world population as well, which may sound like an exaggeration but to Eren its nothing when it comes to protecting his friends. Mikasa is deeply indebted to Eren for saving her life when they were kids. One might also go so far as to say that Mikasa loves Eren which wouldn’t be a lie. Mikasa joined the Survey Corps for the sole purpose of looking after Eren. So, Will Eren Yeager die in Attack of Titan?

Also Read: My Senpai is Annoying Episode 6: Release Date, Preview & Where To Watch

To answer your question, yes, Eren Yeager will die in Attack of Titan. Eren Yeager’s death is going to be the saddest death in all of anime. He activates Rumbling because Eren has seen countless people lose their life for sins they didn’t commit. Eren always felt the responsibility to protect his people from the horrors of the outside world which he saw firsthand as he steps foot in Marley. He has lost a lot of his comrades who fought and lost their lives not knowing what lies beyond the thick forest of Paradis Island never knowing that an ocean existed that separates them from the outside world. The death of the Levi squad protecting eren was the most traumatizing event. Eren later came to understand that he cannot take their deaths for granted and it’s up to him to make their sacrifices worth something.

Moreover, the sacrifice of Kruger and his father, along with Kruger’s cryptic words of keeping Mikasa and Armin safe were burned into Eren’s mind. Eren loathed  Zeke’s plan, as it went against everything that he stood for and under no circumstances Eren was to go along with it even if he has to wipe out the outside world to keep his friends and Paradis safe he was willing to do that. That’s when Rumbling comes into the Picture. 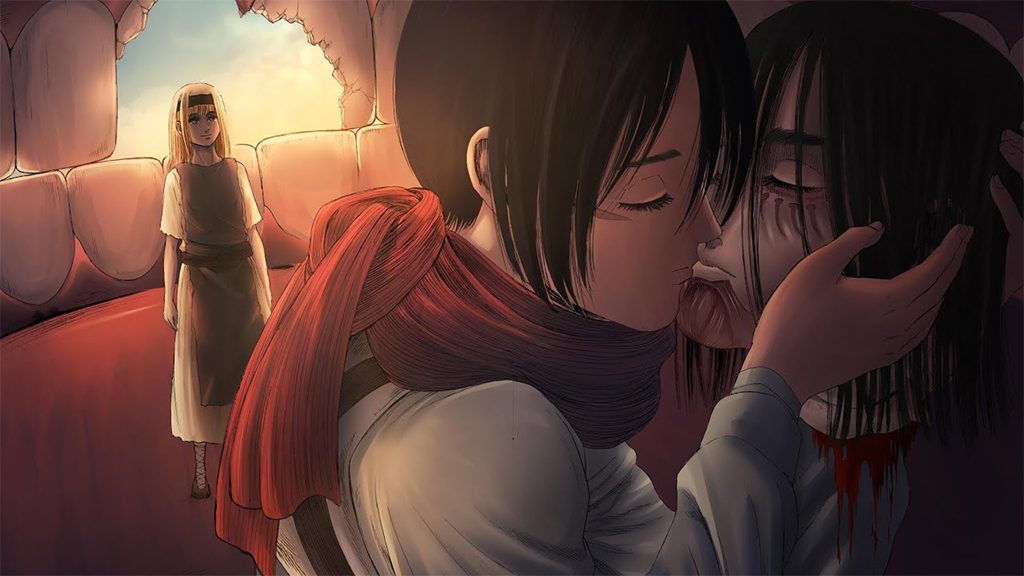 Eren carries out his plan to do mass genocide, his friends unaware of his true intentions ally with Marley to put an end to Eren for the sake of mankind. Which was a task that only Ackermans could do, Levi was injured that left only Mikasa to carry out Eren’s extermination. As painful as it was for her to put an end to the life of the person she loves with all her heart she agreed to do it.

How does Eren die?

As painful as it was for her to put an end to the life of the person she loves with all her heart she agreed to do it. Mikasa killing Eren holds great significance. Her choice of doing the right thing even if it means killing Eren would set Ymir free and bring an end to the power of titans. She makes her decision of putting down Eren after he tells her that there is no other way in paths. Eren asks Mikasa to throw away the scarf and forget about him at the end of her vision. Mikasa declines to this shakes her head and whispers “Never” before waking up and severing his head. Mikasa and Ymir both were slaves to their loves. Ymir’s love for Karl Fritz kept her bind for 2000 Years even after her death, Mikasa was also on the same path as her with Eren. Mikasa in the end chose the world over her love and set herself and Ymir free. 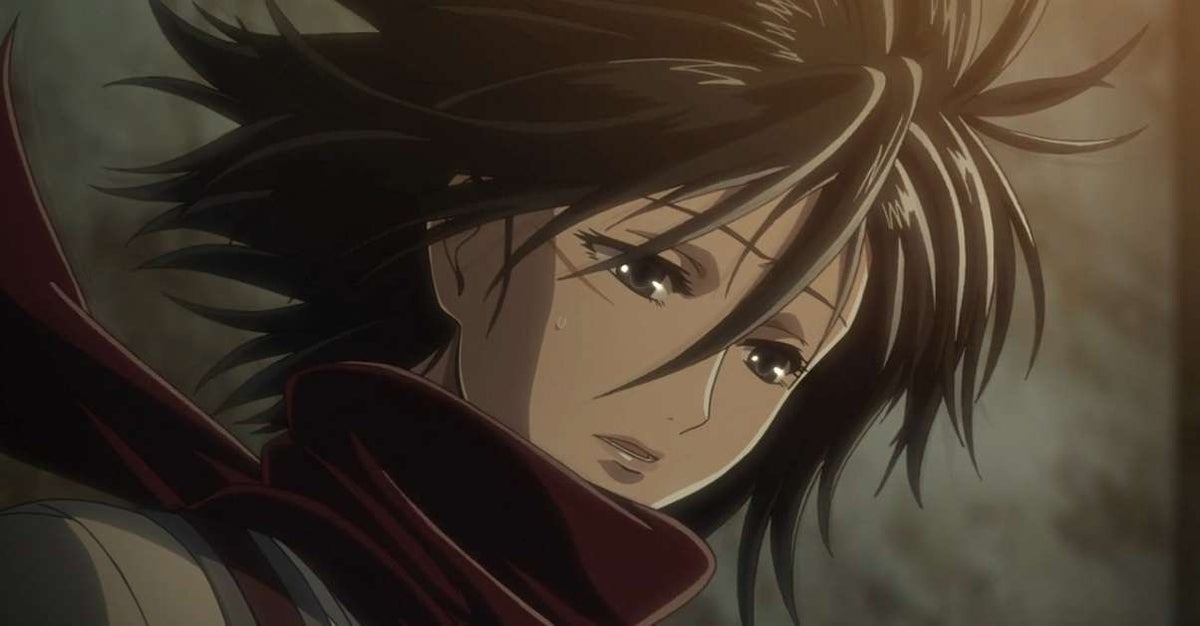 You can watch Attack on Titan on Crunchyroll.

Also Read Will sanemi Die in Demon Slayer? All about The Kaze Hashira Shinazugawa Sanemi