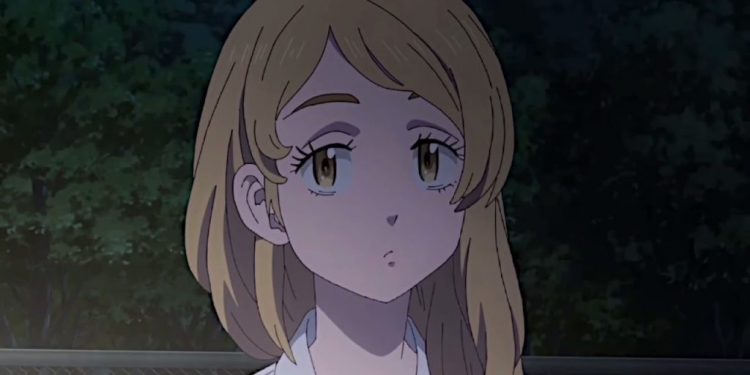 Will Emma Sano Die in Tokyo Revengers? The biggest question is spreading uneasiness among the fans. Will Emma Sona be able to survive in Tokyo Revengers? Don’t worry, here you will get to know everything you want to know about this matter. Before jumping on the main topic, let’s introduce the anime series first. Tokyo Revengers has become the most talked-about anime series. The series is a short one yet has gathered an immense fanbase in such a short time. The Japanese manga series has been written and illustrated by Ken Wakui. The manga has been serializing since March 2017 and is still ongoing. However, an anime series based on the manga was released on 11th April 2021 and has already ended. As the manga is still ongoing we can expect the series to come up with a new season.

The plot of the anime covers the life of a 26-year-old boy named Takemichi Hanagaki, who lives in a run-down apartment and gets bullied by his boss who is younger than him. One date while Takemichi was watching the news, he discovered that his middle school ex-girlfriend Hinata Tachibana was killed by a gang known as Tokyo Manji Gang. He decided the travel back in time, back to his school year, and save Hinata. In order to do this, he has to become strong and must become the leader of the villainous school gang. Now let’s find out Will Emma Sano Die in Tokyo Revengers?

Emma Sano is a fictional character from the series of Tokyo Revengers. She was a middle school student and half-sister of Shinichiro Sano and Manjiro Sano and adoptive sister of Izana Kurokawa. Emma was not a very tall girl who had a very feminine figure which is very developed for her age. She also has beautiful Sandy Blonde hair that reaches her shoulder and possesses a pair of honey-colored eyes. As for her personality, she is of childish demeanor especially when she is around her crush Ken. In order to attract Ken’s attention, Emma often flirts with other guys but deflate when he doesn’t react to it. She continuously tries to act like a grown-up and wishes to grow faster, but her childish demeanor comes out no matter what.

According to Hinata, Emma is a pure romanticist, who just loves Ken from her heart and wants her love to succeed. Although she is has a kind heart and cares for others, she tries to keep her composure and doesn’t want to let anyone know that she cares. She is very loyal to her brother and obeys his order.

Emma Sano will die in the plot at one point. Emma has the strongest bond with her brother Mikey. They are born just a year apart and unknown people even think that they are dating. While Emma’s crush also has a good bond with her and makes her happy by bringing her birthday gifts. As she loves both her brother and Draken, she has this mild aversion to fighting between Mikey and Draken. Emma has a protective nature towards Hinata and follows all the orders that include protecting her.

One day Izana – the leader of Tenjiku and the strongest member of the entire Tenjiku ordered to place an attack on Emma. The reason why he did so is the hatred he carries for Sano’s brother Mikey. Izana developed hatred towards Mikey due to the jealousy he carries for him. Shinichiro, the sister of Mikey and Emma and stepsister of Izana was the reason. Izana wanted to have Shinichiro only for himself but she never stops talking about Mikey that worked as fuel for his jealousy. As a result, Izana ordered Kisaki to attack Emma to which, she was badly injured and unfortunately died.

After witnessing this scene, Mikey was very dishearted and carried the injured Emma on his shoulder and rushed towards the hospital. Despite his hard attempt to save Emma, she died on her brother’s shoulder while being carried to the hospital. Before she died, she said her last words to Mikey, to tell Draken that she loved him so much and for Takemichi to take care of Mikey, and then she took her last breath.

In what chapter does Emma Sona die in Tokyo Revengers?

In order to let his hatred out, Izana accepted Kisaki’s suggestion to kill Emma. Despite being the stepbrother of Emma, he didn’t show any kind of sad emotions for doing so. Rather than regretting his deeds, he celebrated that he accomplished his mission and was successful to inflict harm on Mikey by hurting his near ones. This scene took place in the manga which is yet to come out as an anime. This happened in chapter 147th of the manga Tokyo Revenger.