Will Edward Newgate Die In One Piece? The Fate Of Whitebeard Discussed

As the Marines captures Ace, Whitebeard is moving to Marineford with his outstanding Fleet. Will he able to save Ace or die alongside him? Let's find out.. 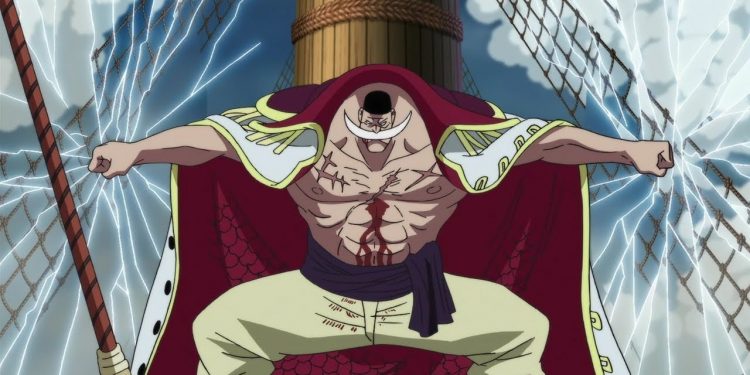 One Piece never fails to entertain its fan when it comes to thrill and emotions. There are numerous characters in One Piece, but the writers gave importance and enough screen time to each character which is justice to each of them. There are many power levels in the show which always hooks fans to the screens and give motivation to the other characters to push their limits. In this article, we will discuss Whitebeard, aka Edward Newgate. We will see his ultimate aim and where his fate took him in the end? Will Edward Newgate die in One Piece?

Before coming straight to Whitebeard, first, let’s see the brief synopsis of One Piece anime. One Piece is a Japanese manga-based anime written and illustrated by Eiichiro Oda. The basic plot of the show is based on pirates and treasure. The main protagonist Luffy set his dream to find the great treasure One Piece and become King Of Pirates. When he was 17, he sailed his journey through the Oceans and recruited many amazing crewmates along the way. The manga is currently ongoing with over 1020+ chapters. If we talk about anime, It recently hits the 1000th episode milestone, and no one knows how long the show will run? The story is getting more and more intense with extreme budget animations. Now let’s dive straight to our main topic.

Will Edward Newgate Die In One Piece?

Yes, Edward Newgate will die in One Piece. Now let’s talk about one of the most powerful characters in One Piece who even rivaled Roger, the king of pirates. Shirohige was one of the emperors of the sea who had a very strong pirate crew. There was a rule on his ship that whoever hurt his commander would face a terrible death by Shirohige. One day. Teach, aka Blackbeard killed Thatch, the commander of the fourth Division of Shirohige Pirates, and stole the devil fruit, Yami Yami no Mi. Thatch was the good friend of Ace. Ace decided to punish Teach and chased him till the end. Finally, in a fierce battle between Teach and Ace, Teach beat down Ace and handed him to Marines. As Ace was the only son of Roger, marines started preparing for his execution just like they executed Roger. As the news hits Whitebeard’s ears, Whitebeard announces the war against Marines.

Whitebeard, with his allies, heads over to Marineford, where the Ace was to be executed. Sooner or later, Luffy, with his new allies, joined the war and fought against Marines. Luffy was able to save Ace, but Ace’s resolve stopped him from running from the battlefield, and finally, he got killed at the hands of Marine Admiral, Akainu. At that time, Shirohige was badly injured due to several injuries, and Ace’s death broke him from inside. Finally, Shirohige died on the battlefield by getting betrayed by Blackbeard Pirates. The death of Newgate initiates the new era of Pirates.

What Happened After The Death Of Ace & Newgate?

After the death of Ace and Newgate, the Blackbeard stole the fruit of Shirohige by some means. He was going to prolong the war, but Akagami Shanks made it to the battlefield. He stopped Sengoku, Akainu, and asked Teach to stop this nuisance. He also declared those who wanted to fight could fight him, but no one was able to gather enough courage to fight against him. Finally, Shanks stopped the great war and returned the straw hat to Luffy. Luffy heavily fainted at that time because he couldn’t save his brother like friend Ace. After this, Luffy trained for two years under Rayleigh and became stronger. Currently, Luffy is on the ultimate level challenging Kaido, another Emperor of the sea.

There are various platforms that allow us to watch the show in a legal way, but the most popular website is Crunchyroll. Crunchyroll is a home for thousands of anime which even supports Simulcast. With a single subscription, you can enjoy tons of anime anytime, anywhere in the highest quality possible. It even supports ad-supported content, so if you don’t want to pay for the subscription, you can still enjoy your favorite anime with ads in Standard Quality.

Also Read: Will Hidan Die In Naruto? All About The True Immortal Villain In Naruto