Donquixote Rosinante aka Corazon played extremely important role in One Piece. Let's see where his fate took him in the end. 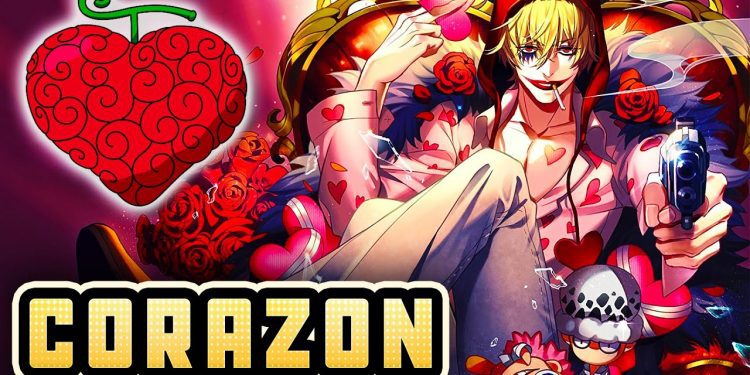 One Piece is one of the most fantasizing ongoing anime that exists on this planet. The show is vastly diverging and deals with Pirates who are traveling across the sea and Marines who want to prohibit all the pirate activities. In this article, we will discuss the fate of Donquixote Rosinante. We will also discuss Who he was? and how was he different from his Older brother Donquixote Doflamingo? There are many things to discuss today so without wasting any more time, let’s get started.

Before coming straight to our main MVP, first, let’s see a brief synopsis of One Piece anime. One Piece is a Japanese manga-based anime written and illustrated by Eiichiro Oda. The anime is produced by Toei Animations which also produces Dragon Ball and Digimon. The story revolves around a young boy Luffy who set his aim to find the great treasure, One Piece, and become Pirate king someday.

When he was 17, he set his journey toward the sea on a small wooden boat. Later in his journey, he recruits many amazing crewmates and frees many islands from bad pirates. There are over 1020+ ongoing manga chapters exist in this series. If we talk about anime, there are over 1000+ episodes with a weekly realizing schedule. Even though the episode number is huge, the show still has its unique fanbase and exceptional storyline.

Who Was Donquixote Rosinante?

Donquixote Rosinante was a world noble of the Donquixote family and the second son of Donquixote Homing. He was the younger brother of Donquixote Doflamingo, who was extremely powerful and smart. When his family lost the status of world nobles, he started working for Donquixote Pirates as an Elite Officer under the nickname Corazon. He was very affectionate to Trafalgar D. Law and saved him from dying. He was the one who fed OP-OP no Mi to Law by stealing it from his older brother Doflamingo.

What Happened To Donquixote Rosinante?

As we talked above that, he was very affectionate to Trafalgar D. Law and also stole Op-Op no mi from his brother Doflamingo so what happened to him? Where did his fate take him to? After stealing Op-Op no Mi fruit, he and Law run to a deserted place that was extremely cold. There Law falls on the ground and loses his consciousness. Corazon tried everything, but nothing worked.

But in the end, Law finally gains consciousness, and this makes Corazon extremely happy. Later Op-Op no mi was eaten by Law, and this news strikes Doflamingo’s ears. Doflamingo finally found out Corazon and shot him till he died. Luckily Law was already got escaped from his territory at that time. So this is how Corazon died in One Piece. He died in the 706th Episode of One Piece.

Trafalgar D. Law is currently the most crucial character in One Piece. He is referred to as the pirate from the Worst generation. He met with Luffy in the Punk Hazard arc and formed an alliance to defeat Kaido, the mastermind of all illegal activities in Dressrosa. If we talk about his abilities, he ate Op-Op no Mi, which allows him to cut anyone in two parts and cure their diseases. He can rip opponents any part of the body. He can also switch places using a technique called Shambles!. Apart from this, he is also a honed swordsman and an extremely smart guy who crafts tactical plans.

Now the final question arises, Where To Watch One Piece? There are many platforms and websites which allow us to watch One Piece officially and Legally in most countries like Crunchyroll, Funimation, etc. The most popular platform to watch this anime is Crunchyroll because it allows you to watch not only One Piece but thousands of other anime on your single subscription in the highest quality possible. The platform is just made for anime and is also known as the warehouse of anime.

It also supports simulcasting, so you can enjoy One Piece or any other ongoing anime every week directly from Japan. And yes, there’s a catch. If you don’t want to pay for the subscription, you can still enjoy some of your favorite shows in the ad-supported format as Crunchyroll supports ad-supported content. We highly recommend watching from only legal sources because it helps creators financially and encourages them to do great work.

Also, read: Will Kuma Die In One Piece? The Fate Of Ex-Warlord Of The Sea Discussed