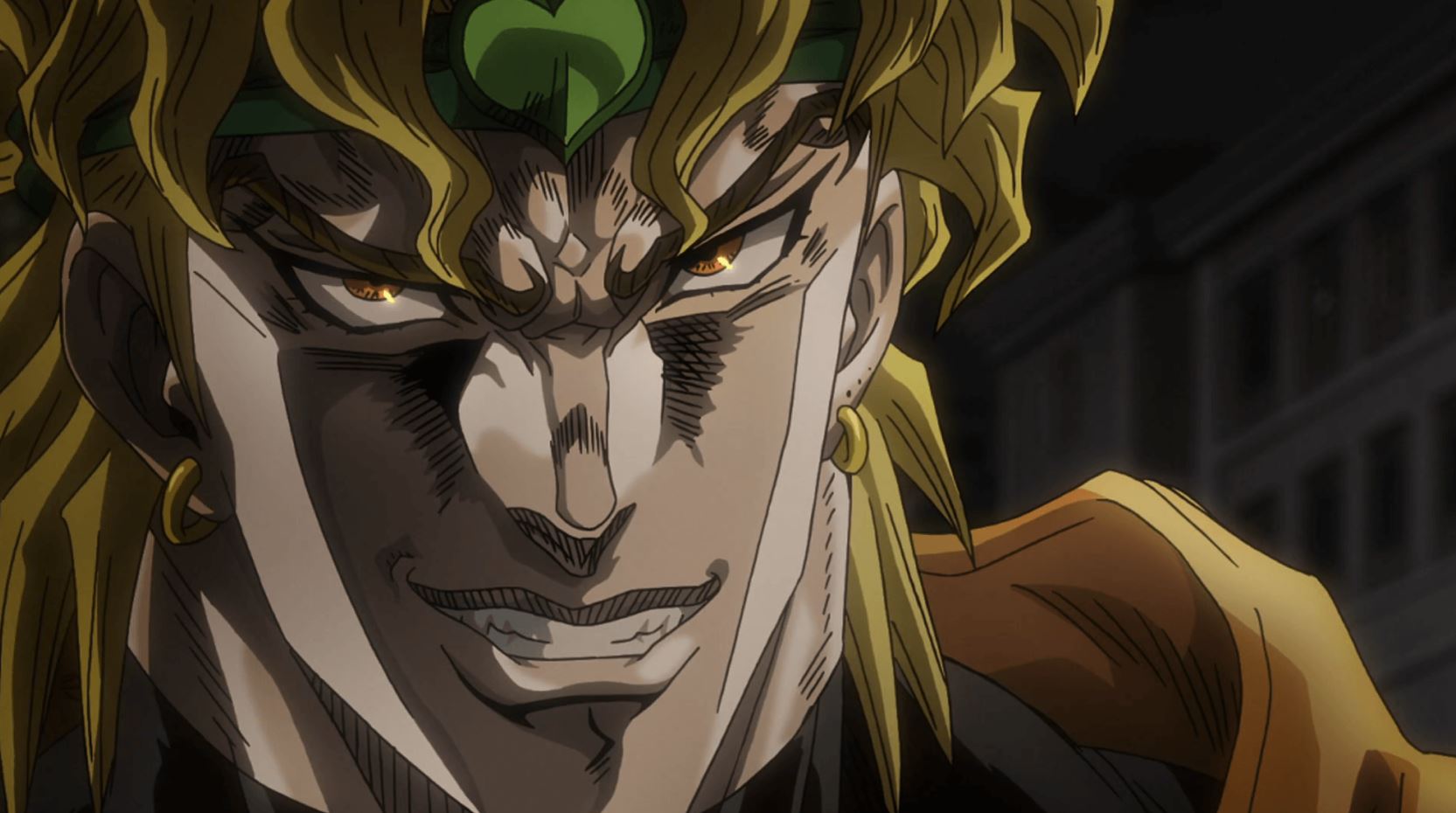 JoJo’s Bizarre Adventure is often shortened to JJBA or JoJo. The manga-based anime is written and illustrated by Hirohiko Araki. JoJo was serialized in Weekly Shōnen Jump as well as Ultra Jump, the monthly seinen magazine. The manga has 100 million copies in print and has been recorded as the best-selling manga in history. It is also Shueisha’s second-longest-running manga series. As Shueisha’s longest-running manga, it did not have any anime adaptation until 2012, when David Production’s animation studio designed the official anime TV series. Ever since the anime was out, fans of the anime have been highly intrigued by the two characters, Jonathan Joestar and Dio. In the anime, Dio acts as an antagonist, so just like most other antagonists, will Dio die in JoJo’s Bizarre Adventure.

All story has to have an antagonist. Now, it depends on how they are characterized. But don’t you think that an antagonist has to have the ability to be an antagonist and also be able to bring out the best of the protagonist? In JoJo’s Bizarre Adventure franchise, it is rather crystal clear that Dio is the main antagonist. And it is also clear enough how much fans like him! Yes, that is right. Not all villains are liked by the audience, or so I thought, but Dio is! He is pretty charismatic in his own sense. His aura of a bad boy actually excites some! He is selfish and horrible, but on the contrary, his overpowers are something fans can’t take their eyes off. But will he lead the story till the end? Or will Dio die? Let’s check it out.

Yes, Dio Brando will die in the last episode of JoJo’s Bizarre Adventure: Stardust Crusaders – Egypt Saga. This can also be called either ‘Egypt Chapter’ or ‘Battle in Egypt.’ “Within my mind is but one simple thought. Just one!” Dio continued, “To be victorious and rule. That is all!” He was but defeated by Jotaro, Sadao Kujo, and Holy Kujo’s son. 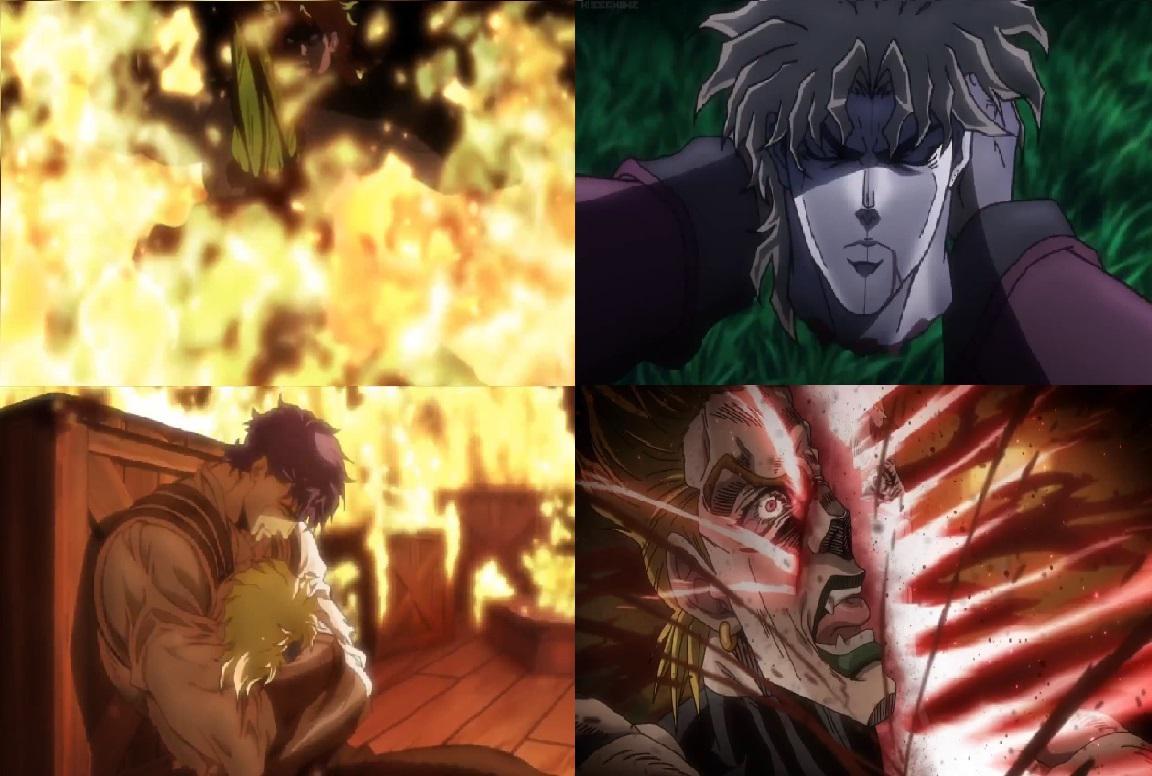 In this episode, DIO drinks Joseph’s blood, Jonathan Joestar’s grandson. Jotaro, who is Joseph’s grandson, can’t contain his anger anymore and fights Dio. As Dio thinks merely of Jotaro, because he is ‘just’ a human, Dio overpowers with confidence, which ultimately results in his end. Dio’s Stand is The World: a humanoid Stand that specializes in melee attacks and can stop time for 9 seconds! Even with this ability, Dio died. Why? Because Jotaro’s Star Platinum is also able to stop time and is of higher power than Dio’s.

The reason as to why Dio had to die at the hands of Jotaro, anyone would think because Dio drank Joseph’s blood, right? Well, partly that is true as well. After all, as per Jotaro, it is because Dio ‘pissed him off!’ The most tragic part, for all JJBA fans, is that Dio died. He died along with Jonathan’s body.

Who is DIO in JoJo?

Dio Brando was born and brought up in a slum where he lived with his sick father. Dio’s father was not only sick but abusive and alcoholic as well. He despised his father and even spat on his father’s grave, for his mother died because of the pain caused by Dio’s father, Dario Brando. Dio had dreamed of being the richest and strongest in the world. With such a motive in his mind, he packed his luggage and went to see George Joestar, who owed a debt to Dario Brando. And because of the debt he had to pay, George, without any hesitation, took Dio in as Jonathan’s adopted older brother.

Dio is manipulative, violent, and domineering. He shows a lack of empathy and conscience. He kicked Danny, Jonathan’s one and only true loyal friend, a dog, basically. However, Danny was more than a dog in Jonathan’s life. He was his only childhood best friend. Sadly he was burned in a furnace by Dio. Danny’s death had also served as one of the main catalysts in Dio and JoJo’s rivalry. That’s how evil Dio was! Becoming an antagonist in a vampiric way is also one of Dio’s ways.