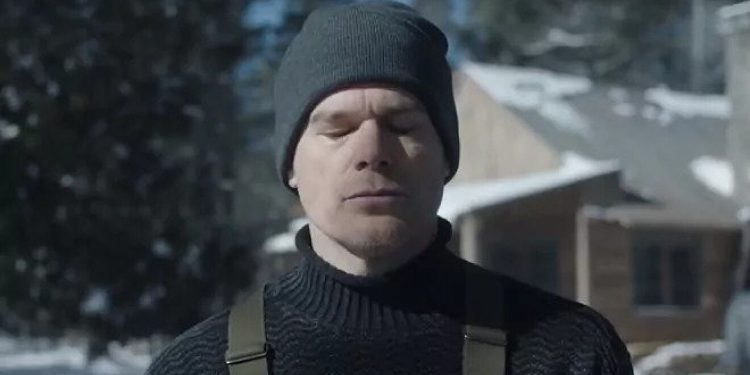 Fans of the Dexter series just can’t wait for Dexter: New Blood Season 2. Dexter: New Blood dropped the first episode of its first season on 7th November 2021. It soon began trending as more and more people tuned in to watch the American crime drama mystery series, a continuation of its original series Dexter. The series is known for its twists and turns and has a knack for keeping its viewers on the edge of their seats. The season finale was no different, keeping the viewers wanting more after its monumental conclusion.

The series was a big success for its network, Showtime. Its seventh episode registered 2.34 million total viewers across all platforms on 19th December, which marked the biggest Sunday audience for its network since the Shameless season 8 premiere back in 2017.

Dexter: New Blood’s storyline revolves around Dexter Morgan, a now reformed serial killer who would only kill terrible criminals who have never been punished for their crimes. He had faked his own death ten years ago in a hurricane and moved to the fictional small town of Iron Lake, New York. He has started a new life over at Iron Lake by hiding his identity, going by the name Jim Lindsay and working in a mundane job as a clerk at a local wilderness sporting goods store. Dexter A.K.A. Jim has also begun a romantic relationship with the town’s chief of police, Angela Bishop, played by Julia Jones.

Dexter has successfully suppressed his “Dark Passenger,” which is what he refers to his sociopathic urges to on the show. He also hallucinates his late sister Debra, who has replaced his previous hallucinations of their father Harry, whom he speaks to. His life is turned upside down when his estranged son Harrison, played by Jack Alcott, turns up unannounced. Dexter’s suppressed urges begin to resurface after a series of tragic incidents occur in Iron Lake, which makes him fear that his and, potentially, his son’s “Dark Passenger” might be revealed.

The show stars Michael C. Hall and Jennifer Carpenter back in their roles as Dexter and Debra Morgan, respectively. There have been many new additions to the cast as well with, Jack Alcott, Julia Jones, Johnny Sequoyah, Alano Miller, and Clancy Brown. The story begins ten years after the original series finale “Remember the Monsters,” which premiered in 2013.

After his routine is disrupted by the arrival of his son Harrison, Dexter struggles to adjust to his new life at Iron Lake. His life is further complicated when he learns that a local named Matt Caldwell once ran his powerboat into another boat, killing five people. Although this incident was reported as an accident, he is reassured by a friend of Caldwell’s that it was, in fact, intentional. Matt forcefully buys a hunting rifle from Dexter, which he later uses to illegally kill a white deer that Dexter regularly saw on his walks. This sends him off the deep end, and he ends up succumbing to his “Dark Passenger” and kills Caldwell.

Later in the show, Dexter is called to his son’s school after he has an altercation with another student named Ethan. Harrison tells them that he was attacked by Ethan after he tried to stop him from executing a school shooting which he had planned, and in order to protect himself, he had slashed Ethan on his leg with a knife. Dexter, later on, deduces that his son was lying and Harrison had, in fact, attacked Ethan first. This and another incident in which Harrison breaks another student’s arm in a wrestling match makes him worry that his son may just have a “Dark Passenger” inside him, just like his father.

Harrison then goes to a party in which he takes drugs and nearly overdoses after taking one laced with a drug known as fentanyl. This angers Dexter and finds the person who makes the drugs and is about to kill him when he is interrupted by Logan, played by Alano Miller. He then improvises and makes the dealer snort pure fentanyl, which causes him to overdose and die.

After all this, Dexter finds out that Kurt Caldwell, played by Clancy Brown, is a serial killer who murders young women. He connects him to all the missing young women previously mentioned on the show. It is later revealed that Kurt knows that Dexter has murdered his son, Matt, after he delivers a titanium screw that belonged to Matt to him. He is later kidnapped by Kurt and kept in his cabin, where he brings Harrison as well to kill him in front of his father. However, his plan is thwarted when Dexter attempts to run him over. Harrison and Dexter then hunt for Kurt and come across his bunker where he keeps the bodies of his victims as “trophies”. Meanwhile, Kurt sets fire to their cabin in order to kill them but learns that they have found his bunker and attempts to leave. His attempt to flee is unsuccessful when he is caught by Dexter and his son, the former of whom then kills Kurt. At this point, Kurt had also sent the titanium screws to Chief Bishop with a note saying that Dexter killed Matt.

The series finale begins with the whole town helping Dexter with the aftermath of his cabin fire. After he leaves, however, Angela finds a titanium screw similar to the ones she received from Kurt and realizes that Dexter is, in fact, the one who killed Matt. She then heads over to her house, where Harrison and his father are now staying since their own home burned down, and with the help of Logan, she arrests Dexter. In an attempt to distract Angela and buy some time to escape, during questioning, he tells her that Kurt is framing him and he also tells her about his bunker and that Kurt is the one who killed her best friend, Iris, because of whom she became a cop in the first place. When she goes to check out if what he is saying about the bunker is true or not, Dexter escapes after killing Logan and calls his son, asking him to meet him so they can leave town together.

Also Read: Dexter Season 8 Ending Explained: How Are Things Set Up For The Limited Series?

When he meets his son after escaping, Harrison realizes that Dexter escaped by killing Logan, whom he is very fond of. They proceed to have an argument in which Harrison asks him to turn himself in while pointing a gun at him and tells him that he is the reason his mother and Debra were dead and also the reason why Harrison is so messed up. Dexter realizes that his son is right and tells him to shoot him just the way he had taught him. Harrison then shoots and kills him when Angela arrives on the scene, gives him some money, and tells him to leave town. She then reports his death, saying that it was she who had shot him. While leaving town, Harrison finds a heartfelt letter that his father wrote to his mother explaining why he faked his own death and that it was all to protect their son.

There has not been any official announcement on whether Dexter: New Blood Season 2 will happen or not. However, executive producer and showrunner Clyde Phillips said that he wished to continue the story further through Dexter’s son Harrison. He claimed that the show was a huge asset to the network. He further said, “When people start bingeing this after the finale, I’m confident the numbers will continue to go up. It is up to Showtime to make the call to me if they want more. If they ask if I would like to make a continuation of this, I would say yes. I have a lot of things going on, but I would drop everything for this and say yes in one second.”

What To Expect From Dexter: New Blood Season 2?

After watching the first season finale, if and when there is a second season of Dexter: New Blood, we think its safe to assume that the story will now be based on Dexter’s son Harrison. As we have seen in the show he suffers from the same dark urges or tendencies his father did. It will be interesting to see how he deal with his “Dark Passenger” as compared to his father. We are eager to see whether Harrison will continue his father’s dark legacy or will he handle his demons better than his dad ever did.

SEAL Team Season 5 Episode 13: Who Will Be A Threat To Bravo’s Mission?