Will Deku Become the Number 1 Hero? Will He Surpass All Might?

Will Izuku Midoriya become the #1 hero someday and replace All Might as the symbol of justice? 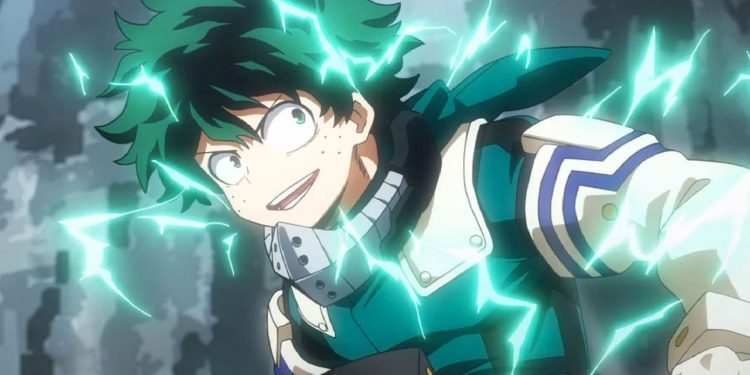 My Hero Academia series dives deep into the concept of Hero, thereby giving us a whole new perspective on the term. Being a hero isn’t just about fighting the bad guys. Rather, It’s more about protecting someone else, even at the cost of their own life. Who’s a better example of that than Deku? Despite being quirkless and weak, he jumped into helping his childhood bully from a villain. His instinct to help the needy convinced All Might that he would be a fitting Successor of One for All. Now, will Deku become the #1 hero someday and replace All Might as the symbol of justice?

Becoming the #1 hero isn’t something that can be achieved easily. It requires far more than gifted quirks to bear all the pain and yet keep saving people with a smile. However, after All Might‘s retirement, the world has failed to find another Symbol of Justice to look up to. The new #1 Hero, Endeavor, is super strong, but can he inspire an entire generation to go Plus Ultra? Not so much. Moreover, due to the recent failures of the heroes, people are gradually losing faith in the heroes. Being the final user of One for All, it’s on Deku to redeem the hero culture back to its glory days.

Will Deku Be the #1 Hero in the Future?

Yes, Deku will definitely be the #1 Hero in the future. The story of My Hero Academia is all about Izuku Midoriya or Deku narrating how he became the #1 hero of the world. You can consider the series as a huge flashback from a future where Deku has become the top Hero of Japan. However, we can’t say with certainty if he will be the #1 hero immediately after that of Endeavor. I won’t be surprised to see Hawks or some other potent hero acquiring the top position in between. Similar to how Kakashi was appointed the Hokage before Naruto even though he was far inferior in terms of powers.

Also Read: Will All Might Die in My Hero Academia? Who Will Kill Him?

Yes, Deku will eventually surpass his mentor like many other anime protagonists. Unlike All Might, Deku isn’t just focussing on super strength and speed. Rather, he is mastering the quirks of all other One for All users, thereby becoming a complete hero. These additional quirks include levitation, Blackwhip, smoke bomb, and five other super handy quirks that make him an unrivaled opponent even for All Might at his prime state.

Not to mention, All Might is currently far from his prime state. He can hardly maintain his strong and sturdy form for seconds and is often seen spitting blood on pushing his body. Thus, it’s safe to say Deku has already surpassed All Might in every field. However, what’s important here is that Deku is meant to be the strongest One All wielder anyone has seen. According to the quirk singularity theory, all quirks are meant to get more complicated and powerful with each generation. In fact, if One for All is passed on to the 10th user, it will become too powerful to contain, so Deku has to be the strongest one.

Why is Deku the Fitting #1 Hero?

As I said in the beginning, quirks don’t define a hero; rather, it’s their mindset to go the extra mile for the needy. You don’t have to have a flashy quirk for that (although Deku has one). For the patient who survived a critical surgery, the doctor is nothing less than a hero. Everything depends on who stood for you when no one else did and how they inspired you to become a better person.

The ‘help’ I am talking about isn’t just limited to physical or material help. For example, Kota despised the heroes after the tragedy that happened to his parents. He was left all alone when his parents died on the line of duty, and he blamed his parents for prioritizing their work over him. Deku took it upon himself to show Kota why and how the heroes keep risking their lives for the greater good. Apart from fighting Muscular with everything he had, he gave Kota the emotional assurance that he was lacking after his parent’s death. That was Deku’s way of saying, “I am Here.”

Tomura Shigaraki had a similar past where his father tried to incorporate his hatred over heroes to his son through abuse. Sadly, Shigaraki didn’t have a Deku to save him that day. All for One found him and exploited every bit of his hatred towards the heroes, which grew exponentially over time. However, Deku decides not to give up on Shigaraki just because it’s too late. Despite the pain Shigaraki caused, Deku intends to save the child within him, drowning in darkness. “Because that’s what heroes do.” So, don’t hesitate to be the Deku that your friends, family, and anyone around you needs. Talk to them, listen to them, try to help them in your own way, and inspire them to go ‘Plus Ultra.’ Who knows, you can end up becoming someone’s ‘#1 hero’ in real life.

Also Read: How Strong is Deku in Manga? Boku No Hero Academia