The story of Bulgasal has a past filled with agony and pain in it and a revenge for more than a lifetime. 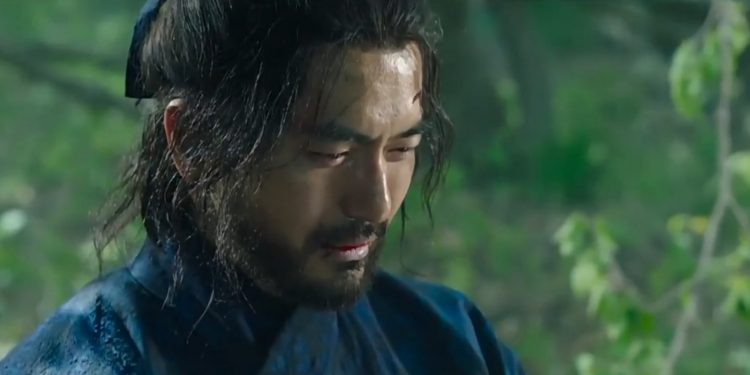 It’s going to be a heart-pumping experience in ‘Bulgasal: Immortal Souls Episode 4’. Even before the release, the drama created quite a stir, and now, when it’s out, fans are loving it. The Bulgasal is running for its revenge which has been held for 600 years. Dan Hwal turns into a monstrous creature when a woman stabs him and takes out his soul. His wife and son died in front of him, and from that time, he vowed that he would live with this curse only to take out revenge in the best possible way.

The series is cinematic, and it’s heart-wrenching. Will Dan Hwal ever get the proper location of the woman who was responsible for the fate of his family and him, or will he search for another eternity? The story takes quite a turn with its plotline as apparently Sang Yeon had a sister named Min Sang Woon. Sang Yeon was the one who reincarnated and remembered everything about her past. Will Min Sang Woon be able to keep her promise of killing the Bulgasal?

Bulgasal: Immortal Souls Episode 4 will release on 26th December 2021. When Dan Hwal was born, everybody thought he was a cursed child as he came out of his mother’s womb when she hanged herself. He was saved by the general who gave him his name. With time he grew up. However, the curse followed him. The drama has a total of 16 episodes.

The drama is available on its original network channel tvN. For the international audience, it is available for streaming on the platform Netflix. The series gets on aired every Saturday, Sunday per week. If everything goes accordingly and no changes take place, then the series will end on 6th February 2022. In IST, the drama can be viewed at 5:30 pm. In Australia, the drama is available at 11 pm. In Canada and USA, the drama will be aired at 7:00 am.

Also Read: ‘Her Private Life’ Kdrama: Cast Updates And Where To Watch

The story of agony, revenge, love, and hate goes long back as Dan Hwal grew up as time passed. He worked in the army of the general who saved him. His marriage was not a convenient one. He had a complex relationship with his wife. She blamed him for the curse whose wrath was clutching the entire family as well.

Dan Hwal was blind, and before he died, he wanted to tell him something. When the mysterious woman took his soul, he promised himself that he would get back to this. However, one interesting fact was though he was a Bulgasal, he still had some remnants of heart left within him as he curbed himself when he had to kill some other person. Before dying, his father made him make a promise that he would never feed on human blood, no matter how alluring it might be for him. He kept his promise. For this reason, he used to kill animals and have their blood in return.

With years passing by, in every era, Dan Hwal used to wait for that woman. The screen shifted to the year 2006, where Dan Hwal got to know that Sang Yeon has a twin named Min Sang Woon. It was Sang Yeon who remembered all from her past. To save her current family from Bulgasal, she explained to her twin sister to go into hiding and never trust anyone. That ill-fated night Sang Woon’s mother and Sang Yeok both died. After fifteen years, through changing places, Sang Woon came to the same place where years ago her family was killed by the Bulgasal. A knock on the door makes her anxious, and it was revealed that it’s none other than Dan Hwal.

Possible Storyline Of The Upcoming Episodes Of Bulgasal: Immortal Souls

Will Dan Hwal still kill her although Sang Woon only shared her older sister’s face and had no more connections from her past life?

Will he still hold those grievances against her? It will be interesting to watch, and till then you can make up more theories regarding this matter.