Dan Hwal has turned into the blood-thirst monster Bulgasal and has promised to hunt down the woman who destroyed his world. But how will he find a way out of this curse when their fates are tangled with each other? 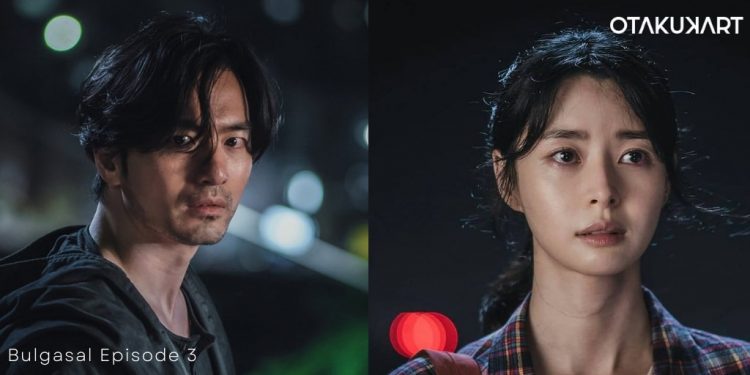 Bulgasal Episode 3 is releasing soon with its new twisted turn! Finally, the story has moved from the past to the present timelines. However, such a long period has left so many scars on Dan Hwal. The cursed tale has begun but, the woman, who holds the key to lift the curse, has left the world. Bulgasal, who has been holding on to the pain and agony for ages, will be able to find a way to free himself from this blood carnage? Also, in this circle of revenge, he is not alone. There is someone else who has gone through the same fate.

The latest episode shows a glimpse of the past that has snatched everything from Dan Hwal, including his wife, son, and even father-like figure, General Dan Keuk. With the previous immortal stealing his soul, Dan Hwal is on his way to find the source of his curse, which has turned him into a monster who feeds off human blood. However, Da Hwal promises his father, Dan Keuk, he will live as a human and not turn into the blood-thirsty devil. He lives all those 600 years while keeping his promise and keeps searching for the one who will lift his curse only to discover another twisting game of destiny. Therefore, Bulgasal: Immortal Souls Episode 3 will show a new chapter of this twisted fantasy tale of the curse!

Ep 2 of Bulgasal: Immortal Souls reveals how Dan Hwal turns into a Bulgasal. Thus, he uses every means to find and avenge the woman who destroyed his life and his family. However, the chase is not easy when he constantly craves human blood. Still, he keeps his promise and subsides the urge by drinking animals’ blood. Even after years, the hunt is not over. In the 2006 timeline, Dan Hwal finally discovers the woman only to learn she also has a twin. Only Sang Yeon remembers her past lives and all those tragic memories among the twin sisters.

She warns her sister, Sang Un, numerous times to stay low and hide her face but, things that are meant to happen will happen. And thus, the trouble knocks on their door, sniffing Sang Un’s alluring smell. The bloodthirst monster reaches Sang Yeon before Dan Hwal can, killing her and her mother. But thankfully, Sang Un survives, who decides to live the way her older sister wanted, hide forever, never trust anyone and find a way to kill bulgasal! But will Sang Un find the way out of this blood carnage? Or Will Dan Hwal find her first? See how their first meeting leads this fantasy curse tale in Bulgsala Episode 3!

Bulgasal Episode 3 will be released on 25 December 2021 at 9 pm KST on the tvN channel. Finally, the story has revealed how Dan Hwal turns into a Bulgasal. Still, many secrets are uncovered. After becoming the monster, Dan Hwal resolves to take revenge on the one who ruined his family, killing his wife and son. Later, he learns that Bulgasals are immortals since they don’t have souls, just like the previous Bulgasal took his soul and died as a human. Thus in the upcoming episode, we will witness a new chase for different purposes.

The preview of Bulgasal Episode 3 is already dropped! It reveals before Dan Hwal can meet, Min Sang Un leaves her old apartment building. However, he continues his search, knowing he is almost approaching his goal. Meanwhile, Min Sang Un will be chased by another blood hunger monster, just like the one who had killed off her mother and sister Sang Yeon. We will also meet a new character, Nam Do Yoon. Therefore, viewers should get ready for the humor part. After all, Nam Do Youn and Dan Hwal’s interaction will be fans’ favorite.

It seems Do Yoon will be in trouble and will hide in Dan Hwal’s car to run away from the attackers. Dan Hwal will take him under his wings. By the ending, the preview shows the most awaited moment we all are waiting for! The first encounter between Dan Hwal and Min Sang Un. Finally, he encounters her! How will it turn out? Will Dan Hwal find a way to break his curse? Or Will Sang Un recognize that he is a Bulgasal? Find out how their meeting turns this fantasy tale into a new director in Bulgasal Episode 3!

Korean fans can watch Bulgasal drama on tvN at 9 pm KST. It will also be available on TVING, an online streaming platform accessible only in South Korea. The episode will be out on the same day at 7 am in the USA, 12 pm in the UK, 5.30 pm in India, and 11 pm in Australia. For international fans, Bulgasal: Immortal Souls is streaming Netflix.