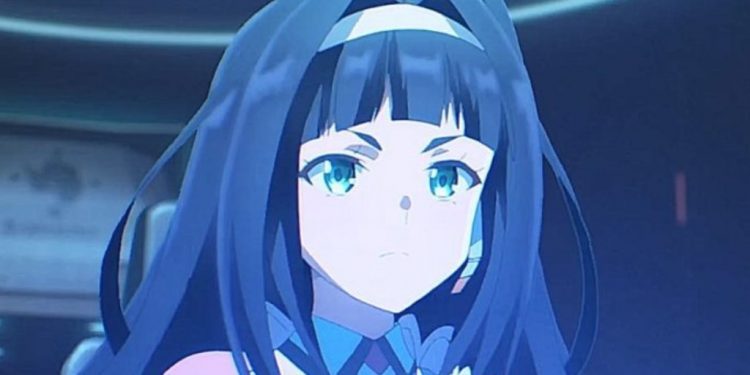 The BBQ party begins in Deep Insanity THE LOST CHILD Episode 10, with Commander Vera waking up in the morning and realizing that she will soon receive the message. The message rings on her phone, and she knows that the higher-ups are summoning her to explain why she failed the mission. Vera arrives at the office, and the higher-ups question her. She knows all of their questions and whats she has to say. In Deep Insanity THE LOST CHILD laters episode, the terminator guy wonders why she has failed the same mission twice. Vera knows that the guy next to him will defend her.

The guy near the terminator told them not to worry since Vera came up with the assassination mission. He believes that she will succeed despite falling twice since she told them to give them three changes in the beginning. The terminator guy thought they could replace her. The lady told him to relax, and Vera would prove him wrong the third time. Vera promised that she would get results in her last chance. The terminator guy accepts that, and Vera leaves the room. On her way, Vera remembers how the mission went wrong.

She realizes that Iceman has the abilities like her, and their powers are the same. She wonders if he can see and change the future as she does. Vera recalls what Iceman told her before leaving with the Child of God El-Cee. Iceman challenges Vera that things will change from now and leave with El-Cee. Vera realizes that she lost the target in front of her and nothing she could have done. She realizes that she has to prepare for the unknown and that the villains’ side never outsmarts her twice. But they did that and made her unit fail twice.

Vera realizes that she has to come with something that will help her. But she is worried about Kai, who will come and ask her about the mystery behind the assassination mission. She decided she would remove Kai since he asked her that, and she kept pushing him. Kai appears in the living room, reading Xo’s notebook before dying. Kobata, Larry, and Sumire join him and complains about Commander Vera. Kai thinks they could help the Commander and suggest throwing a BBQ party.

Larry wonders who will convince Vera to come to the party, and Kai says he will handle that job. He sends the message to Vera and tells her that he will see her. Vera agrees and wonders if Kai is coming to ask her about the assassination mission. She decided that she would grant his wish and free him since he is a sniper who is not used to killing. Kai arrives in the office, and Vera tells her to make it short. He invites her to the BBQ party, and Vera agrees. When Kai leaves the office, she is surprised and realizes that she has messed up.

Vera tries to stop the BBQ party, thinking they will not fear her and disobey her if she hangs with them. Kai returns and tells the others that Vera will show up for the party. Larry realizes that Vera will stop the party and asks Sunmire to hack the computers and postpone Vera’s schedule. Vera heads out and thinks she can use training as an excuse, but it fails. In the evening, the party started, and Vera arrived late.

Deep Insanity THE LOST CHILD Episode 10 will be released on 15 December 2021. Kai, Larry, Sumire, and Kobata celebrate that they have managed to bring the Commander to the party. Vera realizes that the crew is missing Xo, feeling lonely. She knew that she could not take the happiness away from them and let them have fun. Let’s look at Deep Insanity THE LOST CHILD Episode 10 official details.

Also Read: Will Lev Be Selected as The First Cosmonaut To the Moon In Episode 11 of Tsuki to Laika to Nosferatu?.

47th People’s Choice Awards in 2021: Everything to know