Will Chelsea die in Akame Ga Kill? Does it ever hurt you to see your favorite character die in any series? It must have been really bad to see the character to whom you can connect the most dying miserably. However, anime is very famous for bringing characters back to life with a very dramatic entry. This makes the crowd jump out of joy. This time, we will discuss a very famous manga series that gives an adrenaline boost to every viewer. Yes, we are going to talk about Akame ga Kill. But the discussion might not be as exciting and cheerful as the anime series. So, let’s find out what it has in store.

The Japanese manga series, Akame ga Kill! was drafted by Takahiro and illustrated by Tetsuya Tashiro. The manga debuted with the same title on 20th December 2010. Later, another manga series titled Akame ga Kill! Zero was released on 25th October 2013. An anime adaption of the manga was also produced by White Fox and C – Station Studio that premiered on 7th July 2014. Despite having differences in manga and anime, it gained a lot of praise from viewers.  All the manga and anime series were super popular. However, in this article, we will go through a significant event of the anime. Will Chelsea die in Akame ga Kill?

Chelsea is a side character for the series of Akame ga Kill. She is one of the two members of Najenda’s night raid branch. Along with Susanoo, they make the team Night Raid. Chelsea was a pale-skinned girl with pink-colored hair and red eyes. She looks very pretty with her looks and always wears butterfly headphones on her head. Chelsea is a very mischievous girl from the outside but has an altogether different personality. She has this cold interior personality that makes her make blunt remarks very often. As the title of the series suggests, Akame ga kill, Chelsea works for a cruel viceroy that took joy in killing people. Due to her sadistic job, she developed an anarchic personality.

Later, in the series, she found the Gaea Foundation that totally changed her personality. She turned into a very kind and competent person. Many series of events took place in Chelsea’s life that showed her different sides to the viewers. Many fans loved her and wanted the character to last long in the series, but maybe the writer had different plans. When the viewers started to show love to Chelsea, he introduced Kill the Jaegers Arc. So, now the people who are aware of what happened in this arc will know where it is going.

Yes, Chelsea will die in Akame Ga Kill. It was the time when Night Raid was ordered to attack the Jaegers. This includes both Chelsea and Susanoo to go for it. During the night of the attack on Jaegers, in order to enter their base, Chelsea disguised as a young girl. She entered and reached near to Bols disguised as a victim of the village that Bols destroyed. After getting an opening, she made a fatal stab in Bols’s spine, immediately leading him to death. Later, she moves towards her next target, which is Kurome. She reached near Kurome disguised as Bols. Kurome didn’t suspect anything and was happy that Bols was still alive. This time too, after getting an opening, Chelsea stabs Kurome’s neck with a needle that literally killed her.

At that moment, every fan thought that our Chelsea would be able to make out safe and sound, but everything never happens according to expectations. As soon as Chelsea’s moves to retreat, Kurome revived from her injures. Chelsea made a smokescreen to make an escape, but about that time, Natala and Doya came in her way. Natala cuts down Chelsea’s fingers and right arm while Doya shoots her in the back. Wounded Chelsea falls down on the ground, knowing what fate awaits for her. Natala moves to decapitate her and later cut off Chelsea’s head. She placed Chelsea’s decapitated head on a pole and put it on an exhibition in the center of Romair town. Chelsea’s death was indeed cruel and miserable. 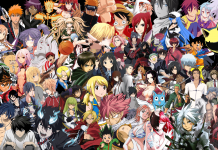 What Is The Highest Rated Anime? What Are The Major Ones?