Is Brand New Cherry Flavor Season 2 happening? Netflix’s neo-noir Los Angeles-based horror show about drugs and dark magic was created by Lenore Zion and Nick Antosca. This was based upon a book penned back in 1996 by Todd Grimson. This slow-burn occult revenge series will scare you and make you laugh. With total Hollywood La-La Land aesthetics, the program takes you to the underbelly of sunny liberal California and out for a ride with death, drugs, and ghosts.

Brand New Cherry Flavor tells us the story of a young and aspiring director. The girl sets out on an occultism trip, drug-fueled Hollywood crazy revenge plot after a dodgy producer steals her film. In consequence, what we get is a surreal journey into the mind of a woman hellbent on taking back what’s hers. Now, without any further ado, let’s begin covering Brand New Cherry Flavor here at Otakukart.

Is Season 2 of Brand New Cherry Flavor coming to Netflix?

Brand New Cherry Flavor season 2 isn’t happening. Firstly, Netflix planned this show as a limited series. And while in the past, the platform did pick up other series that were announced as standalone like “Queens Gambit.” It appears that it won’t be the case for Brand New Cherry Flavor. Moreover, Nick Antosca, one of the series creators, commented to the press in regards to a possible second season that the program was intended as a contained story that took inspiration from Todd Grimson’s book. If the show does happen, it might drop on Netflix in late 2022.

Brand New Cherry Flavor is a Netflix Original series. Consequently, Netflix is the only place to watch this series. And you won’t be able to stream it on places like Hulu, Amazon Prime Video, or Disney+. Luckily, the streaming platform is widely available worldwide. For a modest price, you can get an essential subscription where you can stream series, movies, and documentaries on virtually any device.

Lisa goes in-depth into an esoteric, drug-induced revenge mission against Lou Burke, a wealthy Hollywood producer who steals her short film in Season 1. Lisa and her occult accomplice Boro manage to cause chaos in Lou’s life in order to reclaim the rights to direct her film. But the young aspiring director soon discovers her own life troubled by unusual events. When she tries to break up with Boro, she discovers that the ancient occult living thing has used Lisa for her own purposes and intends to take over her body.

Boro jumps into the body of Mary, the actress who plays the lead role in Lisa’s short film. And the first season of ‘Brand New Cherry Flavor’ ends with Lisa’s loyal friend, as well as many others, dying and Boro diving into the skin of Mary, the actress playing the starring role in Lisa’s short film. This was amidst the introduction of a new producer who was eager to assist her. Lisa herself abandons her project in the final moments. Instead, she departs from Los Angeles and goes back to her native Brazil.

We could see Lisa find a way to deal with the energy of the White Jaguar, something she was rumored to be channeling, in a potential season 2. She might also learn more about her mysterious mother, who first appeared as a faceless entity from the first season. Boro, in her new shape, could also embark on another power-and-chaos scheme. An amusing spin-off is an ancient witch and the vicious Lou (now blind) teaming up to track down Lisa. There’s also the possibility that season 2 will focus on a completely different storyline.

Brand New Cherry Flavor is a mix of horror, Hollywood’s sleaze, and lots of cats. Firstly, our central character is a girl named Lisa Nova. She’s an aspiring director. But she becomes embroiled in occultism when she gets a shot at her first film to prosper. Later on, we see how Lisa gets in touch with her friend from outside L.A., the meeting prospers.

After that, she has a scheduled meeting with an award-winning producer who has some interest in Lisa’s debut film called “Lucy’s Eye.” After Lisa shows her work to the producer Lou Burke, the man is impressed and wants to make a feature film with her in the director seat. Moreover, Lou coaches and trains her to show her the ropes around Hollywood and tries to pitch her project to fellow producers. In one of those meetings, she meets a woman called Boro, and that’s when stuff gets complicated.

Also Read: Simon Stålenhag’s Tales From The Loop Season 2: Is It Coming To Amazon Prime Video?

Boro tells Lisa that Lou is manipulating her. Additionally, Boro tells the aspiring director all about Lou. She’s doubtful. But Lou’s true colors show up soon enough. And after Lisa rejects his advances, he finds a way to get her out of her own project and gives it to another director. This enrages Lisa, and she vows revenge. She manages to get a hold of Boro, and then the two plan out a scheme to hurt Lou for stealing Lisa’s project.

It turns out that Boro is an experienced occultist. Later on, she makes Lisa drink some liquid concoctions and potions that enrage her even further. Boro casts a series of spells on Lou. And in return, Lisa pays her in kittens, which she spews in grotesque forms out of her mouth. Out of this pact, only bad things happen, as Lisa’s life begins to twist and turn for the negative.

Boro demands kittens as payment for Lisa’s occult services. Boro appears to have ordered these kittens to be ejected from Lisa’s mouth. The witch is always surrounded by felines. Boro consumes the felines’ blood and uses their bodies to make fluffy slippers, and it is later revealed. Boro absorbs Lisa’s energy through the kittens she ejects, which explains why the witch is drinking their blood, according to the entity revealed to be Lisa’s mother. Boro’s last attempt to get Lisa to regurgitate a kitten failed and our heroine swallowed it back, denying Boro her elixir of strength. 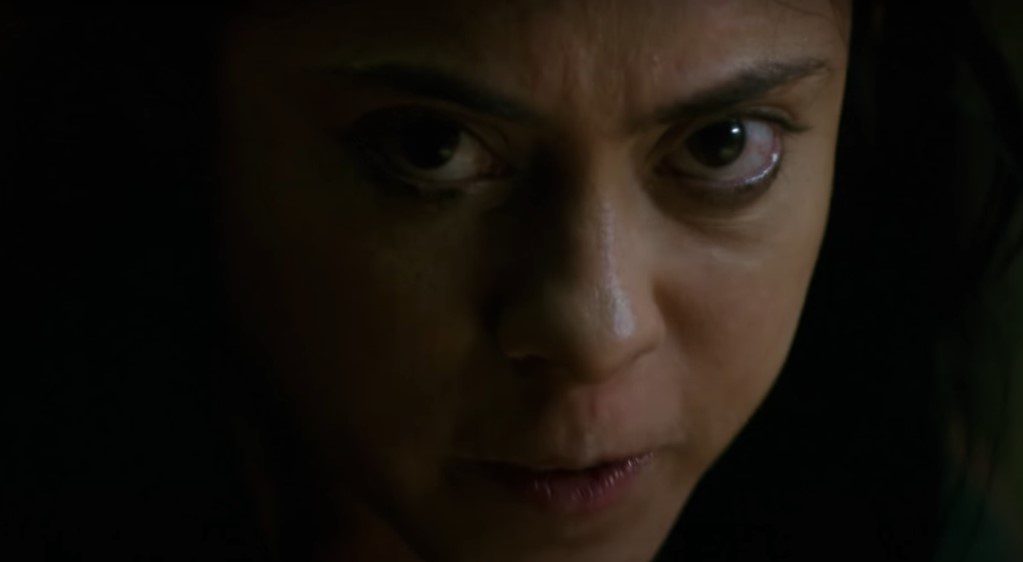 Lisa realizes she has to end her relationship with Boro. She also seems to have her own agenda and doesn’t want to let Lisa out of her spell. Now, we move back to the treacherous movie producer Lou. He puts two and two together and finds out that his bad luck is related to Lisa. Consequently, he hires two henchmen and puts a hit out on Lisa. Our main character continues to regurgitate cats out of her mouth. But when Lisa kills a cat. A chain of unexpected events takes place. To begin, her friend Cole dies. Then Lou hunts down the lead actress of the film, Mary, to find out more intel on Lisa, and finds out that Mary gouged out one of her eyes, and Lisa used that for her movie.

Does Lisa Make It Out Alive?

When Lou discovers that Lisa is to blame for his son’s death and transformation into a zombie, their rivalry reaches a breaking point. The two threaten to kill each other, and Lisa licks a poisonous toad in an attempt to perform an occult ritual described by Boro. She is then forced to go through the entire ritual, bringing her closer to the creature that has been haunting her since she first fell under Boro’s spell. Lisa recognizes the entity as her estranged mother, who informs her that Boro is attempting to regain his strength through her. It also informs her of Lou’s whereabouts.

Lisa confronts Boro, but she barely makes it out alive. She then goes to Lou’s house with the intent of murdering him but instead takes pity on him and assists him in removing a worm from his eye. While Lou lies helpless in the hospital, the surreal conclusion begins with Alvin, another wealthy Hollywood producer, offering Lisa the chance to direct a feature-length remake of her film. Mary, the actress from Lisa’s movie, is also taken under Boro’s wing and agrees to work as her assistant. Lisa takes a one-way flight to Brazil and informs the woman at the ticket counter that she is returning home at the end of the season. With this, we conclude our coverage of Brand New Cherry Flavor from Netflix here at Otakukart. Thanks for reading our piece. And please keep coming back for more daily updates on all your favorite series, movies, and shows.