Will BJ Alex Get An Anime? All About The Manhwa 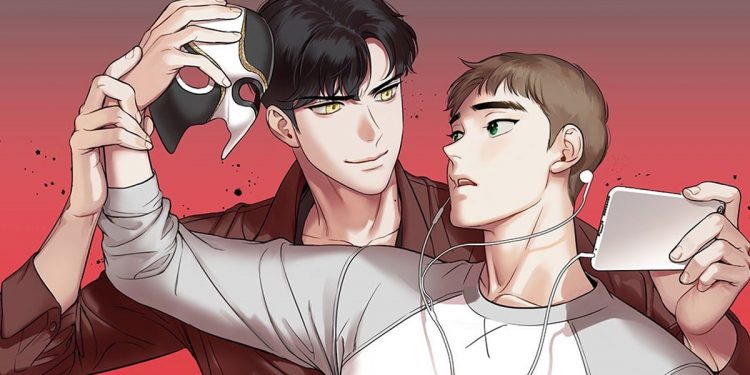 BJ Alex is one of the first manhwas that comes to mind when you think of BL manhwa. In fact, it probably is the most recommended manhwa to newcomers in the BL world. Bj Alex has gained a lot of fans over the years, and fans have now started anticipating an anime adaptation for the same. Even after done reading the chapters of this manhwa, people are often seen looking for more content similar to this one. What is it that is manhwa has that makes it so popular and in-demand? Let’s look into it.

BJ Alex has gained popularity very quickly since it first came out. It is a webtoon manhwa created by an illustrator named Mingwa. It was published by Lezhin, with the first chapter out in November 2017. With 89 chapters, the manhwa ended in 2019. This manhwa blew up not only because of its compelling storyline but also because of the character designs. It introduces us to different characters and how they overcome their problems, along with giving the readers what they came for.

What is BJ Alex about?

BJ Alex is the story of how two boys who are very different from each other meet and end up together. We are first introduced to Dong Gyun, who watches his favorite cam boy BJ Alex every night at 10. He not only views Alex as someone with an amazing body but also looks up to his demeanor while on camera. He wishes to meet Alex someday. Dong-Gyun is a typical college student with a normal life, working at a café with his best friend, Chanwoo. He is concerned about how he cannot be assertive and often ends up being pushed over by other people. In a group project, he was made the leader while also being made to do all the work on his own. He then looks over and admires the student council president, Ahn Jiwon, who has a bright personality and leads his team well.

Anh Jiwon catches Dong-Gyun starring at him and introduces himself, appearing as a “laid-back” person to the latter. Along with telling Dong Gyun to come to him if he faces any problem, he also invites him for drinks with the department. Unfortunately, or fortunately, Dong-Gyun consumes too much alcohol and ends up with Ahn Jiwon taking Dong-Gyun back to his place. Just before they could enter the house, Dong Gyun pukes all over Jiwon, who is forced to use the washroom to wash his shirt. Still dizzy, Dong Gyun wakes up to find Jiwon standing shirtless in front of him. However, he notices that Jiwon has the same birthmark as his favorite cam boy Alex. This event kickstarts the story.

Will this BJ Alex get an anime?

Unfortunately, BJ Alex will not be getting an anime adaptation. However, there is still hope as it is one of the best-selling manhwas. It is only a matter of time before the manhwa will get noticed by production houses giving us the anime. However, some fans have put out some fan-made videos for this manhwa.

Till then, you can read the comic on Lezhin. Be sure to support the author and avoid any illegal sites.

As mentioned, this manhwa doesn’t only give us a storyline that makes us binge-read it, but it also gives us very interesting characters. The first one is Dong Gyun. Dong Gyun is initially seen as a timid-introverted boy. This leads to people taking advantage of him. A guy very different from him is Ahn Jiwon. Jiwon is someone who speaks his mind out and is loved by everyone; however, all this is only pretense. Deep down, Jiwon is a character who is hurt because of a past traumatic experience which leads him to do whatever he does. Jiwon doesn’t treat Dong Gyun right in any way initially, even though the latter has shown care towards him.

Besides this, Jiwon crosses the line too many times, which even makes Dong Gyun stop wanting to be around him. This is when Dong Gyun’s character develops. He is appeared as outspoken and bold to even which Jiwon is dumbfounded. Jiwon gets his character development when he recognizes his feelings for Dong Gyun. This is when he makes peace with his past and goes back to Dong Gyun to rectify his mistakes.

Another dynamic duo that is often loved more than the main duo is Chanwoo and Kim Myung Dae, aka BJ MD. Chanwoo is Dong Gyun’s best friend who doesn’t think twice before lecturing anyone who hurts his timid best friend. When Jiwon messed up his relationship with Dong Gyun, it was Chanwoo who gave him the final blow in recognizing his feelings for Dong Gyun. BJ MD is Alex’s rival; however, he has a very calm personality with not-so-calm preferences. Chanwoo and MD make a great duo in the manhwa, and they have their own side story.

Is Killing Stalking A Horror And Not A Romance?