Bertholdt's Future in Attack On Titan. 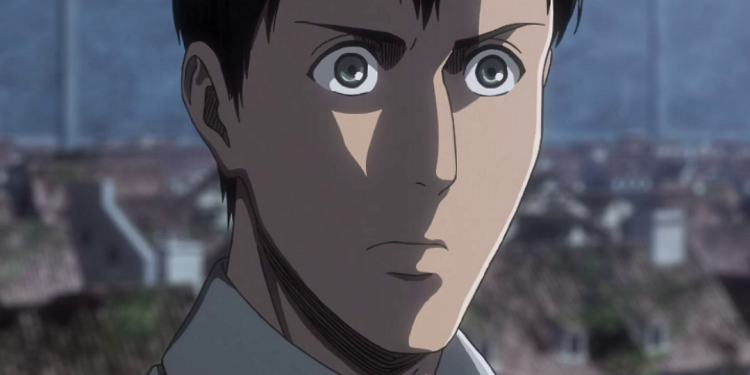 Bertholdt Hoover has transformed from being an innocent ally to Eren to being an impostor among the Academy candidates. This shift immediately puts the question, Will Bertholdt die in Attack on Titan? As the series progresses, Bertholdt is revealed to be a Titan, the Colossus Titan, to be specific, who was responsible for the destruction of Eren’s home. Naturally, the disclosure of this fact put Bertholdt’s future in jeopardy as he instantly became an enemy of Eldia. If you are interested in Attack On Titan, you can watch the anime on Hulu or buy the manga at Comixology.

Bertholdt Hoover is introduced as one of the fellow trainees in the 104th Training Corps, aiming to become a part of their army, alongside others like Eren, Erwin, and Mikasa. Gradually, it was revealed that he actually comes from the Marleyan Empire as a spy in a plan called the Paradis Island Operation. In this, the Marleyans aim to gain control of the  Founding Titan so that they can declare war on the Eldian Kingdom. Bertholdt has always seemed like a timid and silent character ever since the beginning but this was only true in his human form. As soon as he turned into the Colossus Titan, he grew slightly aggressive and determined to achieve his objective.

In the Clash of the Titans Arc, Hange Zoe rescues Reiner and Bertholdt who have taken refuge in the Utgard Castle along with Historia (then Christa) and Connie. After regrouping, Reiner, in a moment of mental weakness reveals to Eren that Bertholdt and he actually are the Colossus and Armored Titan, respectively. Initially, Eren didn’t believe it and brushed it aside citing Reiner’s fatigue as the reason but when Reiner takes off his bandage and shows that his wound is healing rapidly, he confirms their true identity.

This causes a huge kerfuffle starting with Mikasa attacking both Reiner and Bertholdt. A new face-off begins between Eren and Reiner on one side and the Colossus Titan and the rest of the soldiers on the other. Eren and Reiner have an epic 1v1 where Eren uses a move he learned from Annie during his training days to counter Reiner and he eventually tears his arm off. In the end, a semi-transformation from Bertholdt pushes Eren away giving Reiner an opportunity to make a run for it. Along with Reiner, Bertholdt picks up Ymir’s body and uses the Mobility Gear to attach to Reiner and escape.

In the Return to Shiganshina Arc, there is a massive face-off between the Survey Corps and Reiner, Bertholdt, and Zeke Yeager. Both sides come in prepared with their plans and when the battle started, the Survey Corps members rush towards the Beast Titan (Zeke), Reiner is stuck fighting against Levi’s Squad and Bertholdt is battling against his former batchmates.

Bertholdt transforms into the Colossus Titan but not before thwarting Armin’s attempt at rattling him by telling him lies about Annie being tortured. After he transforms, he starts to throw empty houses at everybody some of which catch fire due to the sheer amount of heat around him. Bertholdt then tries to move towards Zeke but is intercepted by Eren who grabs his leg to which Bertholdt slams him to Wall Maria. Thinking that Eren is done for, he proceeds to blast Armin away but he desperately latches onto his teeth. Eventually, Armin falls off but not after buying enough time for Eren also getting his skin and hair burnt.

Also Read: Will Colt Grice Die in Attack On Titan?

Unbeknownst, Bertholdt moves over to Eren’s Titan body only to find a hard, empty shell. He quickly realizes that Armin was acting as a diversion giving Eren enough time to reach his nape, which Eren does. In an instant, Eren slices the nape as well as Bertholdt’s arms and legs and drags him out of Titan’s body. After being defeated, Bertholdt essentially becomes abandoned as Zeke refuses to save him and Reiner is in no position to.

Eren insists that the Colossus Titan should be inherited by Armin but suddenly a soldier arrives with Commander Erwin’s unconscious body. The tough decision lies in Levi’s hand who reluctantly chooses Armin to be the next Colossus Titan. Naturally, Armin’s Raw Titan form eats Bertholdt as he is helplessly asking for his comrades to save him.

As you have read, I hope this answers your question of will Bertholdt die? Even though Bertholdt was not a firm believer in the cause that he was serving, he died a ruthless death. As the battle started, he had accepted that he will take whatever outcome this battle brings. He thought this because he believed that no one in the world is wrong but the world itself is cruel.

Also Read: Will Grisha Yeager Die in Attack On Titans?