Will Bam Die in Tower of God? Predicting the Character’s End 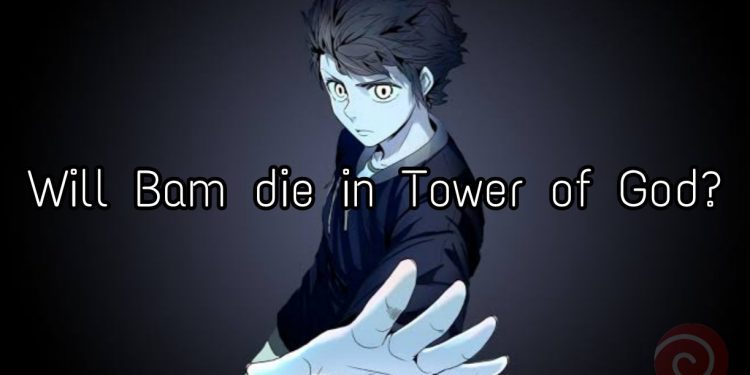 Will Bam die in Tower of God?

South Korean manhwa-based anime Tower of God was amidst a buzz of discussions for a long time. There were several reasons for it, some being – the iconic opening and ending theme songs by Stray Kids and the very fact that fans have waited a long time to see the manhwa get animated. The series revolves around Twenty-Fifth Bam (simply called Bam throughout the story), who has lived with Rachel for as long as he can remember. After she goes into the Tower, he decides to follow in her footsteps to see her again. Tower of God is described as a dark fantasy anime. It was released in 2020, and fans have loved the character development of Bam so far. The first season ended with a massive cliffhanger, leaving behind so much to look forward to. Will Bam die in the Tower of God? Or will he survive till the end?

The Tower of God manhwa written and illustrated by S.I.U was a big hit. It was published by Young Com in 2010 and has been ongoing. The manhwa is serialized and uploaded by Naver Webtoon. It has been translated and updated by Line Webtoon since 2014. So far, the manhwa has compiled 8 wonderful volumes, each of which brings about massive twists to the story. Bam’s story is continuously growing, and we are bound to wonder how it will all come to an end.

One thing that never fails to impress me about Tower of God is its brilliantly written characters. Bam’s struggles in the Tower are quite exciting. Will Bam die in the Tower of God? Here are all the answers you seek.

Bam is the protagonist of the Tower of God manhwa and anime. He is voiced by Taichi Ichikawa in the Japanese dubbed version. Bam is labeled as an irregular who could climb the Tower. Like most shonen protagonists, Bam comes off as weak in the beginning. He is often under other people’s protection. However, slowly he grows and becomes stronger. In the anime, we even see him defeat the Bull single-handedly. It is also revealed that his strengths enhanced. Later, he undergoes intensive training, too, which makes him even stronger.

Bam is a very dedicated friend. When Rachel goes to the Tower, he decides to follow her without worrying about his own life. He is proven multiple times of his loyal traits too. Bam is a very lovable character with several fans who look forward to his journey.

Will Bam die in the Tower of God?

No, Bam will not die in the Tower of God Season 1. Season 1 of Tower of God received mixed reactions. However, no one can deny that the big cliffhanger, in the end, startled them all. Toward the end of the first season, we see Rachel betray Bam as she pushes him down into Shinsu lake. When she is found by the others, she obviously lies and pretends to be the victim. Rachel and the others believe that Bam is dead, but in the end, it is revealed that Bam survived the fall. However, he is severely injured. Unable to understand why Rachel betrayed him, Bam is more enthusiastic than ever to climb the mountain.

The manhwa has come a long way since Rachel’s betrayal. Bam is currently on the 52nd floor of the Tower in the manhwa. Will Bam die in the Tower of God manhwa? Bam has gotten immensely powerful in the manhwa and has been deemed almost invincible. Being the protagonist, it seems highly unlikely that S.I.U so gives him a tragic ending. However, fans have noticed slight foreshadowing in the manhwa that point towards the character’s demise. As an irregular, Bam is meant to defy his destiny. This could mean anything. S.I.U has often surprised us with unpredictable twists, so there is an equal possibility that Bam may die in the manhwa’s ending.

Where to watch Tower of God?

Tower of God was released in 2020. On its release, it was licensed by Crunchyroll. The anime is currently streaming on Crunchyroll.

Alternatively, you can also read the manhwa on Line Webtoon.

Also Read: Will Zero Two die in Darling in the Franxx?

Teasing Master Takagi-san Season 3 Announced: When is it Coming?