As the release of Attack on Titan Season 4 Part 2 comes nearer, fans are wondering if the anime adaptation will have a different ending from the manga. 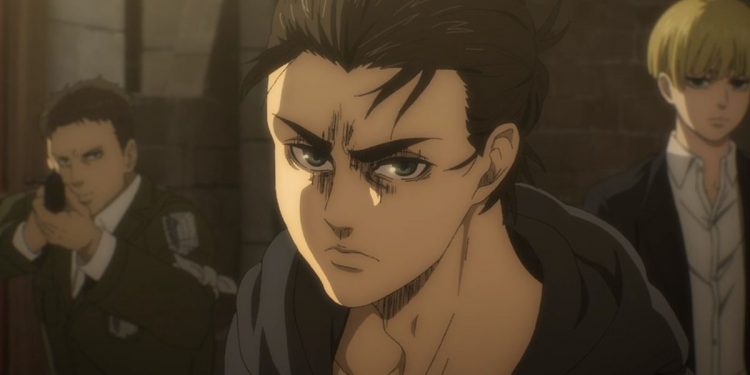 Will Attack on Titan Season 4 have a different ending?

The Attack on Titan Manga’s ending has been one of the biggest controversies of the industry. The huge fanbase has split into two parties; some people are happy with how it ended, while the Eren fans are immensely disappointed by the climax. As the release of Attack on Titan Season 4 Part 2 comes nearer, fans are wondering if the anime adaptation will have a different ending from the manga.

The final part of Attack on Titan Season 4 is already under production, so I don’t think they can completely change the story from here. However, I believe that they have just enough time in their hands to change the climax part. Will Attack on Titan Season 4 really get an original ending? Here, we have brought together everything that you must know before jumping to any conclusion.

Why Can Attack on Titan Get an Original Ending?

MAPPA has been transferring the pages of manga into the anime screens almost identically. Season 4’s massive success and high ratings ensure that the strategy of not messing with the original story has worked out pretty well. Now, why is there a need to alter Isamaya’s original story?

Attack on Titan manga ending has received negative responses from a huge section of its fanbase, especially from the Eren fans. There are chances that many of them may not give this sequel a shot after knowing what’s going to happen in the end. So, there’s a slim possibility that the franchise may come up with an anime-original ending.

Will Attack on Titan Season 4 Get a Different Ending?

In the Attack on Titan event held on November 14, Tanimiya Kisho (voice actor of Jean Kirstein) and Mima Masafumi (sound director of Attack on Titan) hinted that the franchise is planning something interesting for the final season’s ending. Kaji Yuki, the voice actor of Eren Yeager, immediately changed the topic and stopped them from revealing any further detail.

Many fans took this as a clear hint towards Attack on Titan: Final Season Part 2 having a different ending from the manga. However, don’t get your hopes high just yet. Concluding anything about the anime’s climax just from a live interview is too far-fetched. Maybe this is a promotional strategy to keep the hype alive among the fans.

Who will Write the New Ending?

Hajime Isayama made it clear in an interview that he has no intentions of writing Attack on Titan any longer. However, considering how confusing the story is, I don’t think that the franchise will think of altering it without consulting the author. Even the subtle changes in the story are expected to be approved by Isayama sensei before getting implemented in the anime.

Moreover, a brand-new ending will open up the possibilities of a Season 5 or a sequel in the upcoming days. Even the manga ended with a hint that there may be a sequel coming in the future. As I just mentioned, Hajime Isayama won’t be writing any more of Attack on Titan, so it’s totally upon the staff members if they want to revive the masterpiece in a new avatar. The Attack on Titan series has been full of surprises, and there’s no way of predicting what plan do MAPPA and Isayama have for the future of this series.

The Attack on Titan manga ended with Eren Yeager’s tragic death at the hands of his childhood friend, Mikasa. Armin took the blame (or credit) for killing Eren, and finally, the cycle of hatred came to an end. Maybe this was Eren’s way of uniting the world by becoming a big enough menace that threatens the very existence of humanity. Noble or not, Eren’s extreme measures will always be an interesting top of discussions among the otakus worldwide.