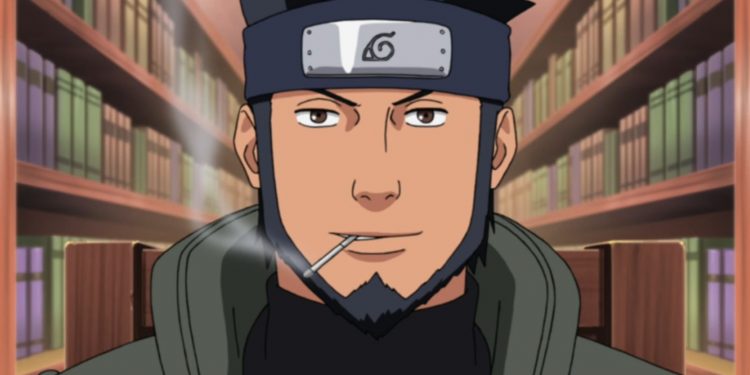 Asuma Sarutobi was a former member of the twelve guardian ninja and a Jōnin of Konohagakure’s Sarutobi. We’ve also seen him as the captain of Team 10, which included Shikamaru Nara, Ino Yamanaka, and Choji Akimichi. Today we shall discuss Shinobi Asuma Sarutobi of the Jōnin Level. We’ve seen a lot of Shinobi serve the village in the past, and some have even died protecting it. Will Asuma also perish in Naruto? In this post, you’ll learn how Asuma gave his life for the sake of the village and how the great leader who managed to train so many ninjas left his mark. So, let’s find out more about it.

Bikawo and Hiruzen Sarutobi, the Third Hokage, had a son named Sarutobi Asuma. Asuma was placed on a team with Kurenai and Raidō Namiashi during the Chunin Exams in the anime. He had a quarrel with his father some seven years before the series began, and he left Konoha to pursue his personal interests. During his absence, he joined the Twelve Guardian Ninja, a group who guarded the daimyō of the Land of Fire, as evidenced by the sash on his waist. Shinku Yuhi and the other senior shinobi banned Asuma and the other young ninja from engaging in the village’s defense during the onslaught of the Nine-Tailed Demon Fox. Asuma would become Konohamaru’s uncle a few years after the incident. Later on, he became a Jōnin. Let’s see what went wrong after that.

Also read: Will Hiruzen Die In Naruto? All About The Third Hokage Hiruzen Sarutobi

Will Asuma Sarutobi Die in Naruto?

During the Hidan and Kakuzu arc of Naruto Shippuden, Asuma Sarutobi died. With Team 10 finally getting back into action after a long hiatus, no one could have predicted Asuma’s death. Hidan, an S-rank missing-nin who defected from Yugakure and eventually joined Akatsuki, was one of the most foul-mouthed and disrespectful characters in the series; while being a “religious” person, he regularly swore and complained at comrades and opponents alike. Despite their hate for each other, he was Kakuzu’s partner. Hidan’s main skill was his inability to die, which he acquired through rigorous testing of the Jashin religion’s many Jutsu. 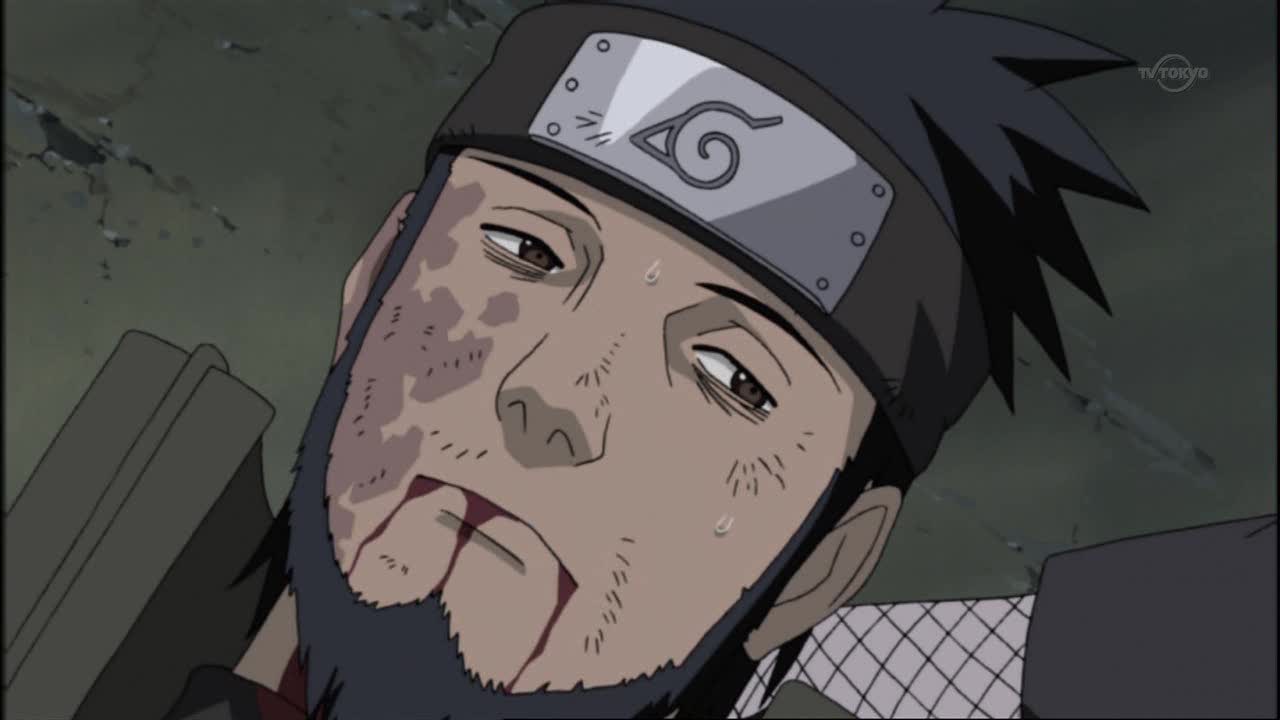 To the surprise of Izumo, Koetsu, and Shikamaru, Asuma gave up his pride and pleaded with Hidan to spare his teammates. Hidan merely mocked Asuma for how pitiful he appeared to be a haughty pleading for compassion. Hidan was so disgusted that he decided to kill Asuma and take away his dignity; he stabbed himself in the knee, then the stomach, and finally the heart. The combination of these blows proved to be lethal. These hits didn’t kill Asuma right away, but they were nonetheless fatal. Hidan laughed and mocked the Niju Shotai as their commander after his win.

Asuma has been humiliated by his defeat, and he is now comatose in a disgusting stance that makes him look to be prostrating. Hidan surprised the entire fandom by killing him, as he was not only the commander of Team 10 but also the son of the former Hokage. Asuma said his goodbyes to his students and enjoyed one final cigarette before passing away. He perished in Naruto Shippuden episode 79, which can be found on Crunchyroll and Netflix.

Asuma was a talented and powerful Jōnin-level shinobi who had formerly served as a member of the Guardian Shinobi Twelve, an elite hand-picked team tasked with protecting the Feudal Lord of the Land of Fire. During Orochimaru’s Hidden Leaf Invasion, Asahi was able to kill nine Hidden Sound ninja who was said to be Chūnin-level or higher with minimal difficulty. Asuma could use both Fire and Wind chakra nature Jutsu. 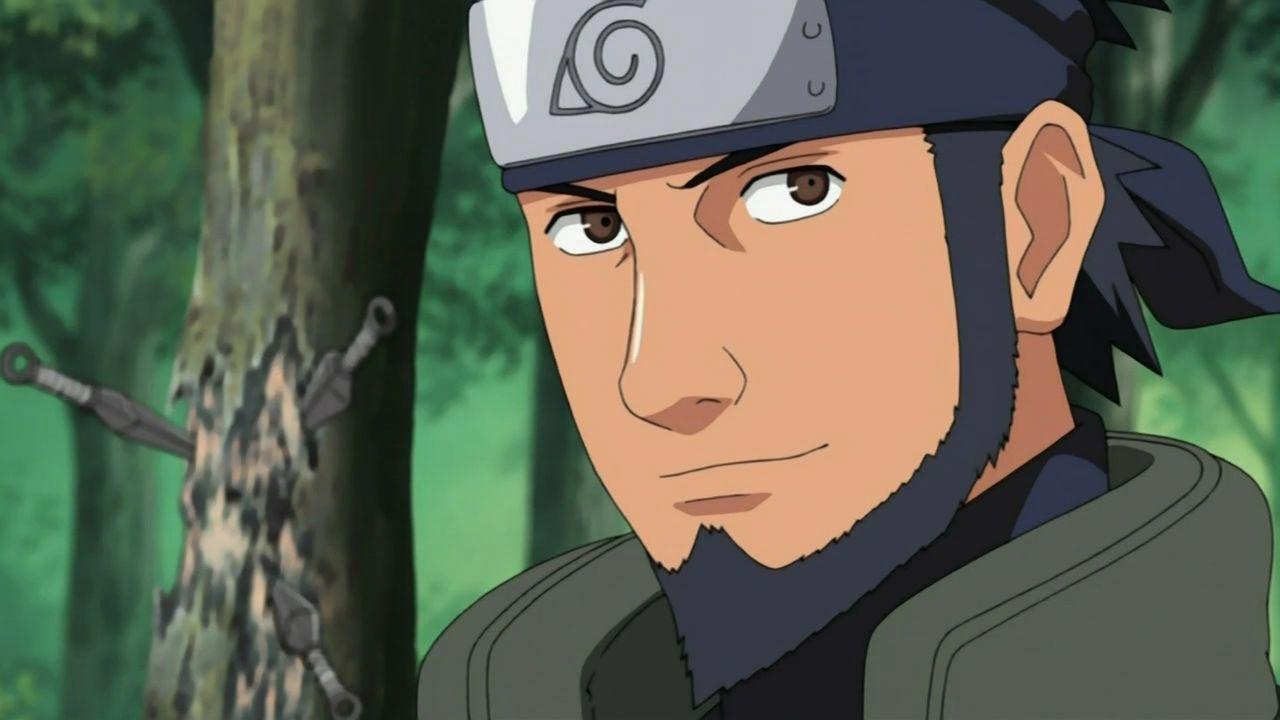 To improve the lethality of his trench knives, he would mostly use his wind-nature manipulation talents in combination with them. When teaching Naruto Uzumaki about wind-natured chakra, Asuma said that the trench knives could pierce through rock if they were strengthened with it by someone with an affinity for Wind Style. Asuma was also skilled in long-range wind Jutsu like the Wind Style: Dust Storm Jutsu. He could levitate his trench blades and manipulate them remotely using his wind chakra, according to the anime.

His combat style was based primarily on taijutsu, which he paired with his special trench knives to form a melee fighting style. These knives are composed of a specific metal that can be imbued with chakra quite readily. With his Flying Swallow, he could use his chakra to expand the blades’ physical range to harm an enemy many feet away, as well as boost the blades’ cutting strength to the point that they could easily slash through trees, rocks, and even iron. He was also physically capable of using his trench knives to defend himself from one of Kisame Hoshigaki’s attacks.

Also read: What Episode Is 101 In Naruto On Netflix? Netflix Anime System Explained