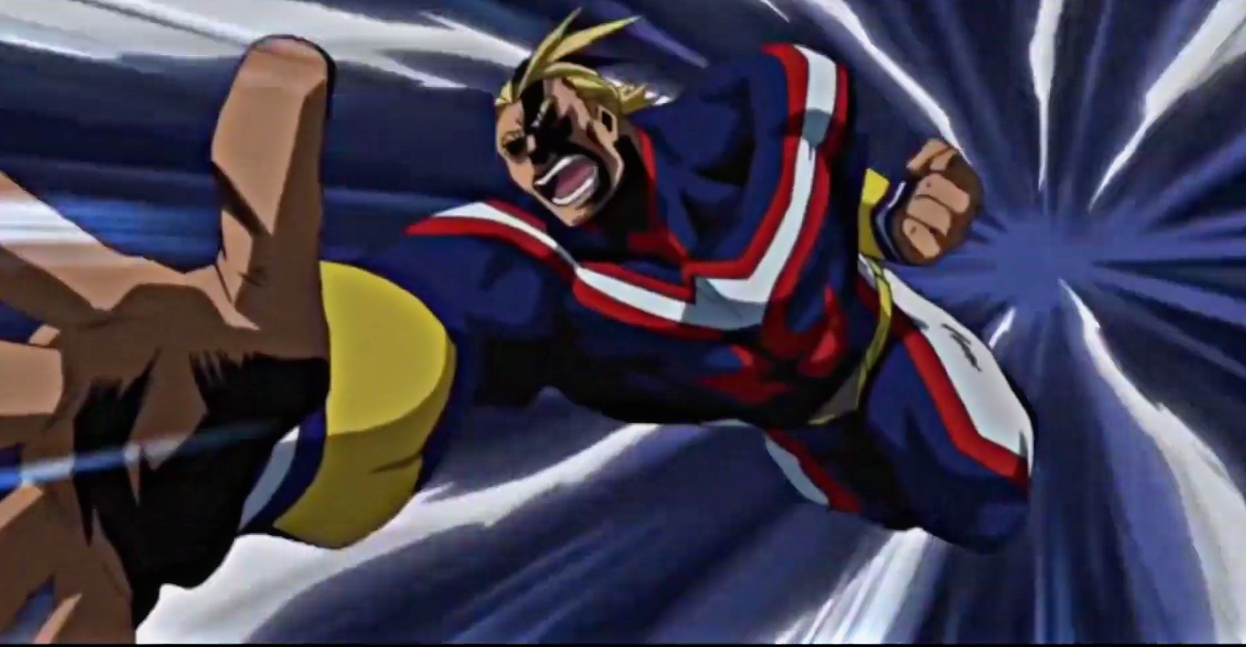 The My Hero Academia manga and anime opened doors to a world where superpowers called quirks are a normal phenomenon. In the recent chapters of the manga, Horikoshi is finally bringing light to the true nature of the most powerful quirk, One For All. The quirk has saved the world for decades through the hands of different pro heroes. The quirk in itself is different from the other quirks, having emerged from the trigger of a situation where two quirks combined. One For All has combined with the quirks of all the previous users and become the powerful form we know today.

Midoriya Izuku is the current successor of this quirk. The power was passed down on to him by Yagi Toshinori, better known as All Might. He was the symbol of peace and the number one hero. However, ever since his first battle with All For One, he has been seriously injured and has become unable to use his power for a long time. After his last battle with All For One, All Might used all the powers of the previous users and then was not able to use his powers anymore. After his retirement, Endeavor replaced him as the new number one hero.

However, it is quite interesting to wonder if there will be a return of the pro hero. Will he ever gain his powers back? 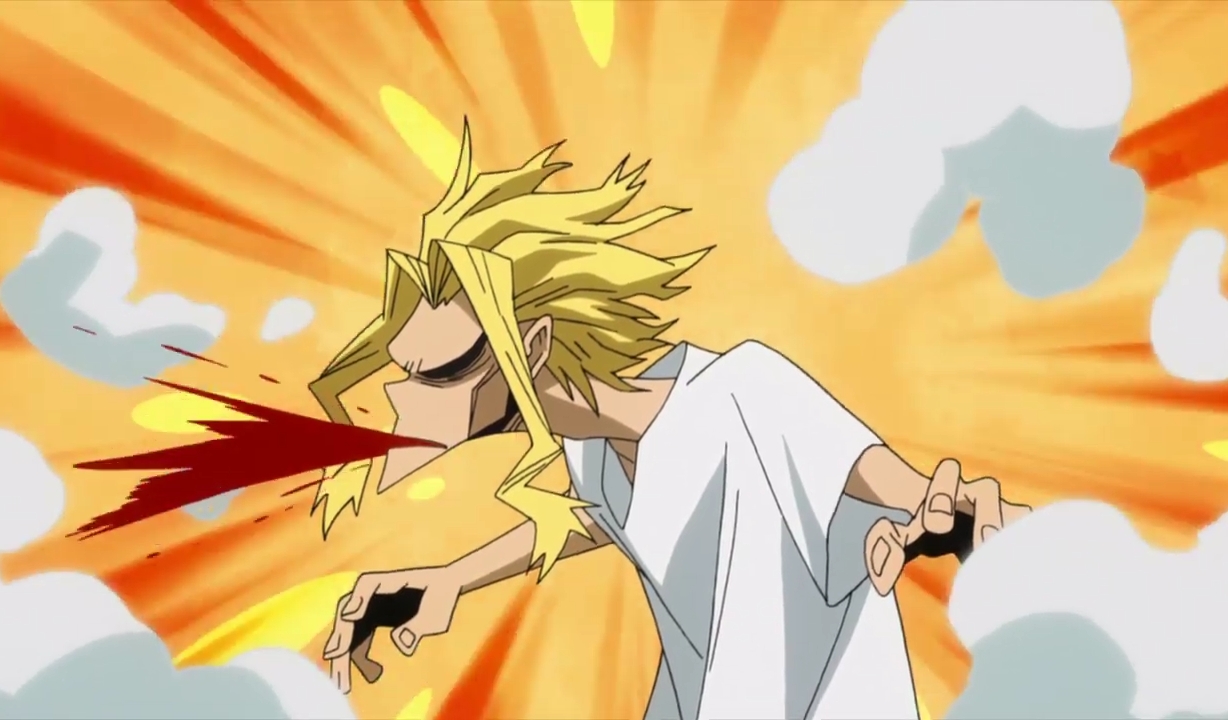 Yagi Toshinori unable to use his quirk continuously after his injury. – My Hero Academia Season 1.

All Might became not just the most powerful hero but also a symbol of peace, having saved thousands of people. After his last battle where he uses the United States Of Smash, his most powerful move, we see a return to his lanky state after which he no longer turns into his buff form. All Might has lost One For All. He uses every last fragment of power he had left in him to defeat the Leader of the Villain League.

However, it seems like irrespective of the battle, All Might would have lost his powers eventually after transferring his powers to Izuku Midoriya. He was already getting weaker after giving Deku his hair/DNA. Evidently, two people can not have One For All at the same time. However, it is possible that while the new successor gets stronger, the original owner still carries some of the powers. This implies that One For All transfers slowly between the two individuals. So, whether it was with time or during the battle as it happened, All Might would have lost his quirk eventually.

However, can All Might gain One For All once more?

One For All is a special quirk that can be passed down only on will. This makes it difficult to steal. Additionally, One For All sucks the life of the users, unless the user is quirkless like Deku or Yagi Toshinori. However, can One For All be gained once it is lost? Well, as exciting as it sounds, there has been no event of a person gaining One For All after transferring it. This could be rather disappointing to hear for the All Might stans but, it does not seem like All Might is gaining his powers again. 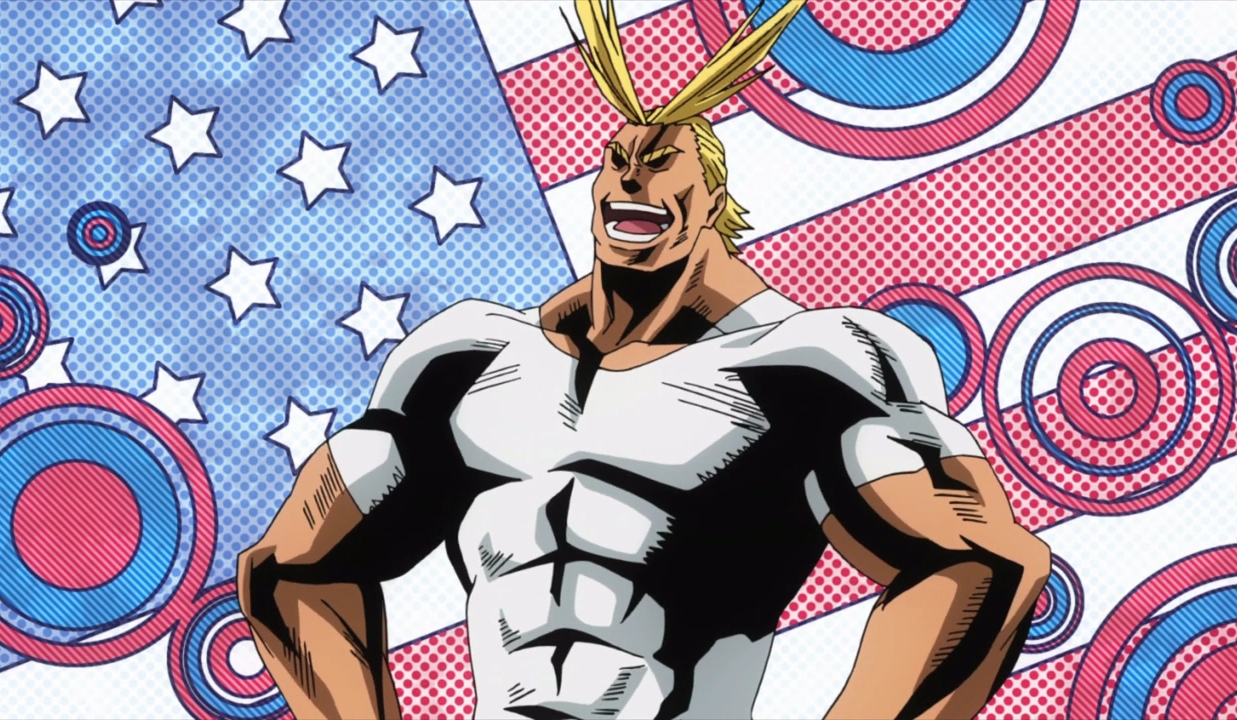 The Symbol of Peace, All Might: My Hero Academia.

All Might was already injured and unable to use his quirk limitlessly before the transfer. He had a time limit for using his quirk that he could not exceed. The more he used his powers, the weaker he became. Somehow, losing his powers was a peaceful end of All Might and an easier life for Yagi.

While it may seem like a cool idea at first, there is very little possibility of All Might ever gaining his powers again.

The manga has been about Deku mainly and his growth from being utterly quirkless to being one of the strongest in UA High School. In the recent chapters, we have seen Deku grow stronger and now he is finally meeting the predecessors of One For All. Even if the theories regarding All Might’s comeback are pretty mind-blowing, Horikoshi does not seem to be planning on bringing All Might back.

However, if All Might was to gain his powers, there are a few theories for how that would happen.

Deku is more than willing to save people rather than killing them. He has a special place for Yagi as his mentor and the only father figure. In the past, he transferred some of his powers to Bakugo temporarily. To save people and for the greater good, Deku would go back to being quirkless if that is what he sees right.

If a situation as such arises, one way for All Might to gain his powers would be if Deku willingly transfers his powers to him. This seems possible but highly unlikely to happen to keep All Might’s failing health in consideration.

2. Using Eri’s Quirk to restore One For All in All Might

Eri is introduced in the third episode of season 4 and the 128th chapter of the manga. She holds a very strong quirk called Rewind. Since she restored Mirio’s quirk, it seems highly likely that she would be capable of restoring All Might’s quirk too. However, while this seems like it has a high probability, it has its own plot holes.

Eri is only 12 years old and has yet to gain full control of her powers. Also, One For All is a unique quirk. It is highly unlikely that two individuals can use it to their full potential at the same time. If such a thing were to happen, Deku would probably lose his quirk. Finally, All Might’s health plays another key role in the opposition of this theory. If he were to gain more power than his body can take, Yagi Toshinori could meet a worse fate than being quirkless. 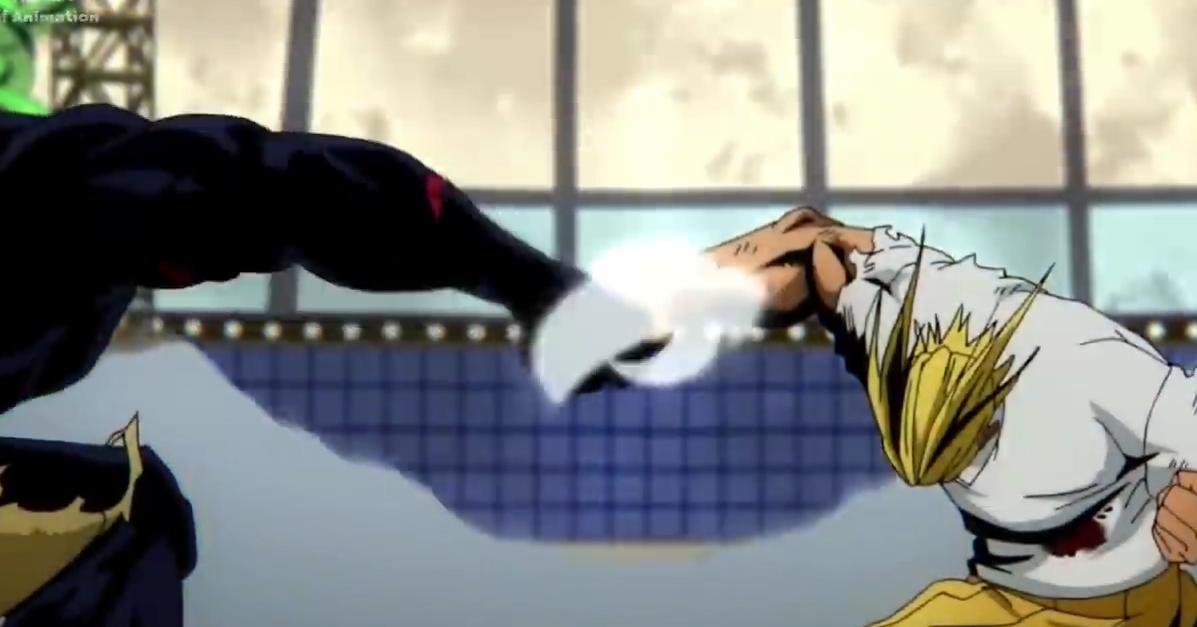 Yagi Toshinori was the number one hero. However, it seems like whatever happened, happened for the best. The use of One For All takes a toll on his body, making him lose it was the best retirement he could get. If he gets One For All back, things could go south ways for him. Also, we are finally seeing Deku become the next bearer of One For All. He has passed all tests and gained the trust of the predecessors proving he was the correct vessel for the power. Horikoshi has given a graceful end to all his characters and even if there are some probability and a way for All Might to gain his powers, it’s for the best that things be as they are.