Why Virgin River Season 5 Filming Has Been Delayed? When Will It Be Released?

In this article, we will be getting to know why Virgin River season 5 filming has been delayed and more about the upcoming seasons. 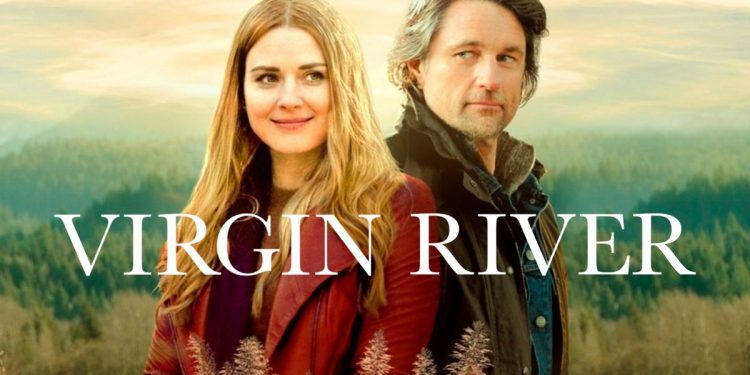 Virgin River has managed to gain quite a good fame among the people in recent years. This show is based off on the novel series by the same name, written by Robyn Carr. The first season was released back in 2019, and then the second season came out in 2020. However, the fans were quite excited as the gap between the second and third seasons was quite small. Everyone understood that now all the seasons would be coming up one after the other. Fans were more than elated when they got to know that the show had been renewed for two more seasons. However, we have some bad news for the fans – Virgin River season 5 filming has been delayed! In this article, we will be getting to know why the season has been delayed and more about the upcoming seasons.

With the increase in the number of Covid patients, and people all over the world going into lockdown, it is quite understandable that our favorite shows might get a bit delayed. After the Virgin River was renewed for two seasons, it had been predicted that it would be released in the middle of 2022. However, now it might get delayed, so you will also be getting to know when it might get released.

Why Virgin River Season 5 Filming Has Been Delayed?

This was the first question that came to our mind when we heard that Virgin River season 5 filming got delayed. Well, the answer to that question was recently given by Alexandra Breckenridge in her Instagram stories. She said that the shooting had been pushed back, and she does not know when it will resume. One can guess that the team wants to avoid the spreading of the virus, and might be preparing for a better shooting environment when the numbers go down a bit.

Another reason for the delay could be that, as Breckenridge said that it is very difficult to shoot in Vancouver in the winters. The show’s setting is summer, and hence it becomes quite difficult for the actors to wear their summer outfits in cold weather. Hence, there is a high chance that the shooting might again resume in April-May, in the actual warm weather. Though she mentioned that the team has not yet revealed when they will start with the shoot, we can hope that it will begin from the middle of 2022.

What About Virgin River Season 4?

Back in November, Martin Henderson has revealed that the Season 4 post-production was in the process. Hence, you can stay assured that at least one of the seasons is completely ready to go. However, it still remains a question if Netflix will allow Season 4 to be released anytime soon. As we know that both Netflix and the productions team were trying to reduce the gap within which the seasons were released. Hence it is doubtful if season 4 will be released anytime soon.

However, there is nothing to feel disappointed over, as there is a high chance that Season 4 might come out from any time near April to July 2022, and if that happens, you already know that Season 5 is going to be released at the end of the year, or the very beginning of the next year.

With a rating of 7.4/10 in IMDB, the show will likely not be canceled so soon. On top of that, owing to the new popularity of the show, Netflix has renewed two seasons for the show. However, there is a bit of something to worry about. If Season 4 and Season 5 do not do that well, then maybe Netflix will not take up the show for the next renewal. Hence, if you do not want your favorite show to be left incomplete, and want to watch the show for at least some more time, with new characters and storylines, then make sure you make it a popular one. Get your friends and family hooked on it. For now, there is very little chance that the show might be canceled anytime soon.