Why is Bojji Small in Ousama Ranking? Age & Height 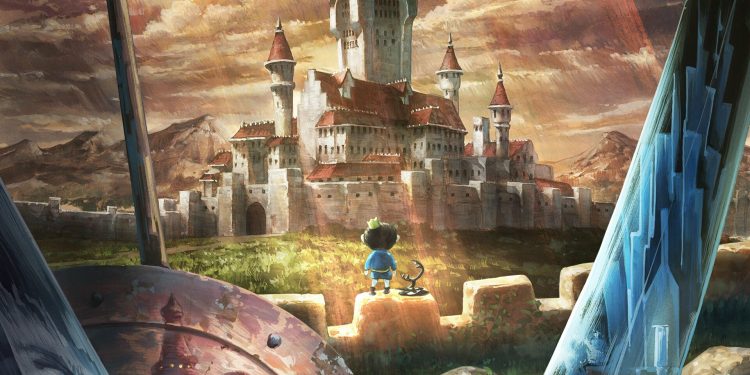 There’s always a reason behind a person’s lack of abilities. Some are just strong. Some train and become strong. Some are by birth weak, whereas some become weak. So what reason could be behind Bojji’s becoming so small and weak? Yes, in the Ousama Ranking, Bojji appears to be really weak. Not only is he weak, but being above ten years old, he appears to be too small as well. Might it be genetics? Nah, not a chance. Because his parents are giants! While talking about giants, what do you picture their child as? A giants’ child should be a giant child, no? Well, naturally, that child will be born bigger than a normal child? But Bojji was not born that way. Why so? Why is Bojji so small? Let’s find out the reason together. For that, you have to be with me until the end.

Ousama Ranking, also called Ranking of Kings, is a Japanese manga series written and illustrated by Tōka Sōsuke. The plot is simple yet so touching. Bojji, the protagonist, is a deaf and dumb prince and is weak and small. He lacked physical strength, lacked common people’s favor, lacked the ability to be a king, lacked the power of hearing, lacked support, lacked whatnot. The reason for him to lack so many things is that… Well, let’s continue after all.

There are many speculations regarding Bojji’s age. Some say he is between 10-12 years old. Some even think of him as a teenager. Several Japanese articles suggest that Bojji is actually 14 years old at the beginning of the story.

Can it be that Bojji doesn’t actually have a canonical age? Since it seems like Bojji’s age is uncertain, and it is nowhere mentioned how old he is, so we can just let him be around more than 10 but less than 15, right?

Guess what? Bojji’s height! Any idea how tall and small he is? You came here to know, right? Well, let’s find out together because this one’s going to be tricky.

Okay, so King Bosse’s height formally was 10ft. Because he is in Daida’s body currently, he is now 4ft. So, that brings us to Daida’s height which is 4ft! Because Bojji is smaller than Daida, Bojji is twice as small as Daida, so Bojji has to be about 2ft tall? Finally, a conclusion, huh! But 2ft? That’s way too small, no? But there’s a probability, too, that Bojji is 2ft or over. Since everything is uncertain, let’s just keep it that way, again!

Why is Bojji small and weak?

King Bosse and Shiina, Bojji’s birth mother, are both giants. Then why is Bojji dwarf-like?

Bojji is weak and small. Why? Not genetics, but he was kind of traded off by his very own father! King Bosse, a giant, wanted more power. (A greedy wish, indeed, from an in-born powerful giant!) He went to a demon, which Miranja introduced him to. The demon, obviously, asked for something in return. King Bosse traded him his first son’s strength. Now, it’s understandable why Bojji is so weak?

Well, his weakness is somehow related to Bojji being small as well. Since Bojji was supposed to be a giant too, when his power was taken, his power to grow like a giant was also taken away! Not that fans hate that. Because without the current appearance of Bojji, which is just way too cute and appealing, fans can no longer imagine a giant Bojji! It’s just unfair that his fate was taken away even before he was born! But fans only hope to see him grow, and we know he does. He may be small, but never underestimate a small person!

Ousama Ranking has so far only 10 episodes. As interesting as it may seem, fans can no longer wait for the next episode. Here’s a trailer for the fans who are patiently waiting for episode 11 above. Watch episode 11 online on Funimation!

Will There Be Ousama Ranking Season 2? Is Season 1 ending?

Fruits Basket Prelude: When is it Coming?