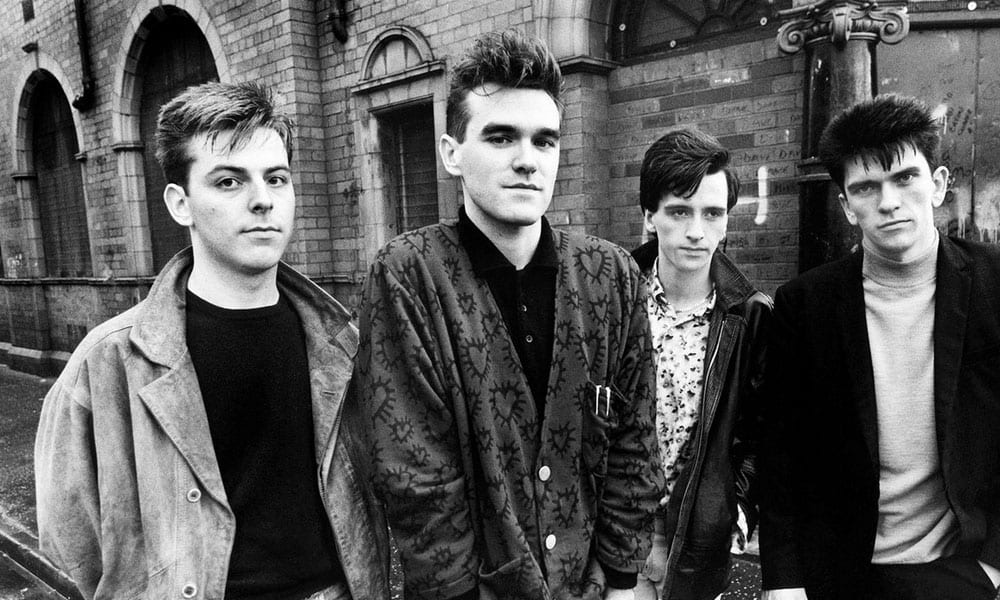 The Smiths were arguably the quintessential British indie rock band of the ’80s. Their short but incredibly successful run is often cited as one of the most important times in the British indie music scene in the 1980s. The band consisted of vocalist Morrissey, guitarist Johnny Marr, drummer Mike Joyce, and bassist Andy Rourke. The band was formed in 1982 and broke up in 1987, after a very influential run of 5 years. Their music essentially provided the template for British guitar rock music that followed in the next decade. The band from Manchester went on to make a mark in the rock music scene in general. Even after decades since the broke up, their fan base is still massive. Their Spotify page continues to pull tremendous amount of streams.

Their music was a departure from the synth-pop sound that dominated the previous decade. With Morrissey and Marr at the helm of songwriting, the band incorporated 1960s rock and post-punk in their music. Their songs went on to hit the peak in the biggest charts. Many of their singles reached the top 20 of the UK Singles Chart. All of their albums hit the top five of the UK Albums Chart. Their venture into the mainstream in Europe came with The Queen Is Dead (1986) and Strangeways, Here We Come (1987). According to many critics and fans, the band was at its peak during their last year together. Sadly, and arguably luckily in some ways, their peak was when the band split up. So why did The Smiths break up? Read on to find out!

Why Did The Smiths Break Up?

The Smiths reached high avenues during their successful run. However, the seemingly consistent run was riddled with internal conflicts and tensions. The band members were not really on the same page on several things. The key players to trigger and eventually cause The Smiths to break up were Marr and Morrissey. Marr had grown exhausted from the mundanity of the musicianship that the band was comfortable with at the time. He took a break from the band in June 1987. He later told in the interviews that the other members didn’t take this move quite fondly. Soon, NME published an article titled “Smiths to Split.” Marr went on to say that he mistakenly believed that Morrissey was actually behind the published article. In the article, the author had written that the relationship between Morrissey and Marr had reached a breaking point.

Marr had reportedly contacted NME afterward, explaining that the reason for his departure was something else. He had said to them that he left because he desired a wider musical scope. Marr had denied any sort of personal tensions between him and Morrissey, which he reiterated in later interviews as well. However, the two were definitely not on the friendliest of the terms. In July 1987, Marr left the group. Following his departure, the band hired his replacement, Ivor Perry. He was the former guitarist of Easterhouse. However, things didn’t work as they did with Marr around. The band recorded some material with Perry but it never hit completion. Perry went on to state later on, that he was rather uncomfortable with the sessions. The reason being that the band was looking for another “Johnny”. He also revealed how Morrissey would be escaping every session ends.

The Various Reasons That Led To The Split

By September in the same year, The Smiths have had an official break up. There were two main reasons behind The Smiths breaking up that made rounds at that time. One being that Marr was exasperated at Morrissey’s lack of musical flexibility. The other reported reason behind The Smiths breaking up had to do with Morrissey. Word was that Morrissey was also vexed at Marr for collaborating with other artists. Marr really despised Morrissey’s fixation with covering 1960s pop artists. However, was Cilla Black’s track that finally did it for Marr. He, later on, went to state in an interview how that cover was the nail in the coffin. Marr explained that it was the last straw for him. He said, “didn’t form a group to perform Cilla Black songs.”

There were other issues that led to the breakup of The Smiths as well. Morrissey had been at odds with several of the managers for the band. He could never work with a manager and the position was always vacant. Marr ultimately had to take the manager position. This only added to the draining work pressure that had mounted on Marr. Top that with Marr’s insane lifestyle that was essentially running on cocaine and beer, and you get why he left. Morrissey has later on went to say that the band split because Marr didn’t want to stay. Marr said in 2018 that the bad had become untenable. He also compared the situation to being in a relationship that you no longer enjoy or have grown out of.