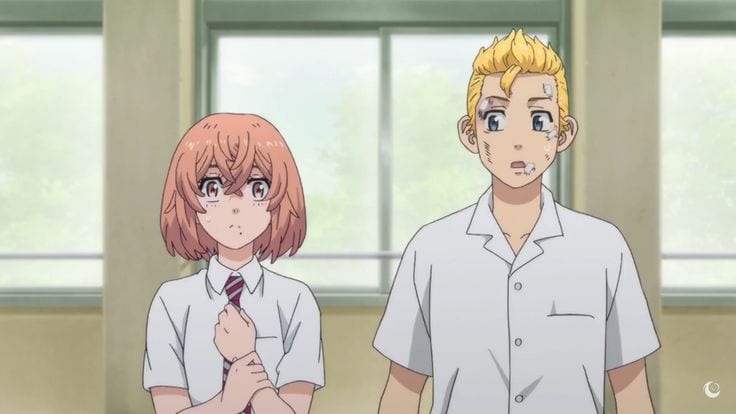 Hinata Tachibana is the girlfriend of Takemichi from his middle school days in Tokyo Revengers. The show involves an Eraser-esque premise revolving around time travel triggered by accident. The person traveling back in time in this story is our main protagonist, Takemichi Hanagaki. He is a loner and kind of a slacker. Working a small-time job, his prime days are way past him. According to Takemichi himself, high school was when he peaked in life. One day, while on his way back home, someone throws Takemichi in front of an oncoming train. This triggers the time-travel, and Takemichi finds himself transported back to his middle school days. This is when he begins remembering his past. Apart from his friends, he also remembers his girlfriend — Hinata. She is the central cog to Takemichi’s entire time-travel ordeal as he hops around trying to save her.

In the present day, Takemichi is nothing like his middle school days, when he used to be a delinquent. During those days, he was also a lot more aggressive and rude. One of the people he often disregarded was his girlfriend, Hinata. A fact that bites him later on when he starts realizing his mistakes. However, as he starts reliving the past, his mistakes keep unraveling. His mistake with Hinata and offers him realization while trying to save her offers guidance. As he goes navigates through his middle school days again, he sets off on a mission to change the future. Because, as we learn in the very beginning of the first episode, Hinata was killed. We later find out that she was in the middle of a fight between two gangs. So why did Takemichi and 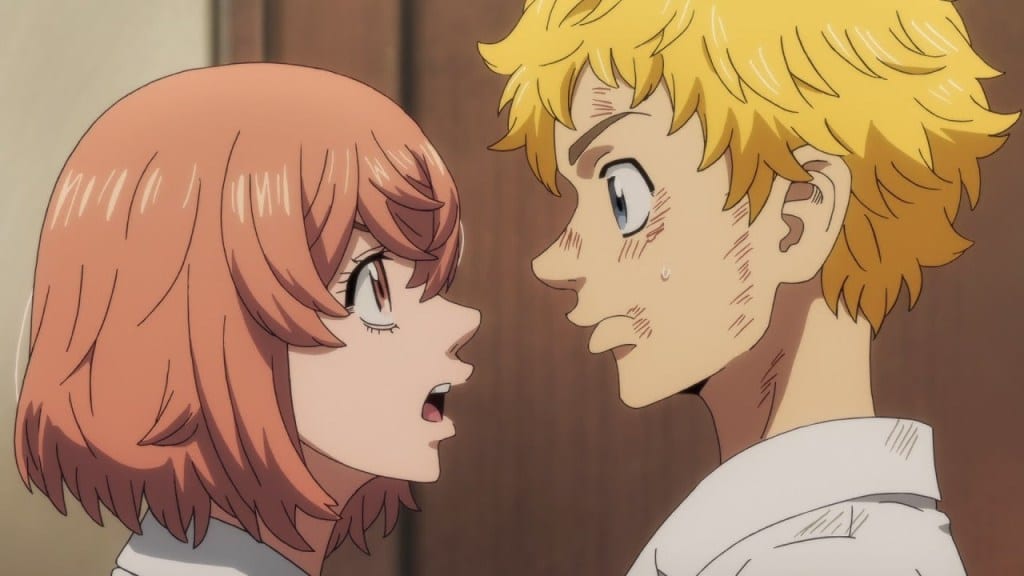 Takemichi used to not pay much heed to Hinata’s feelings during middle school.

Why Did Takemichi And Hinata Break Up?

In chapter 89 of the Tokyo Revengers manga, Takemichi is asking Hinata about Kisaki. When she tells him about her early school days, Takemichi learns of a surprising revelation. Hinata tells him that she knew Kisaki from Cram school. She tells him how Kisaki was a very studious boy. He was treated as a nerdy weirdo and an outcast by almost everyone but Hinata. She then tells Takemichi that Kisaki was a really good kid. Nakamichi is taken aback by this; he’s surprised to hear it. He thinks to himself why Hinata refers to Kisaki as a good kid. As far as Takemichi knows, Kisaki is the “inhuman bastard that killed Hina.” Takemichi further inquires Hinata on Kisaki. He asks her when exactly they met. Blushed, Hinata tells him of the day they met each other for the first time.

She then tells him how she fell in love with him right on that day. Takemichi gets emotional, and his memory from that far back also starts popping up. He remembers how some girls told him that this Tachibana girl is into him. Burdened with the context and this revelation, Takemichi gets emotional thinking about how far back Hinata’s love for him goes. So how does this love story comes to an end? What drives Takemichi to break things up with Hinata? What transpires to make him call it quits with a girl who has loved him since elementary school? We find out the reason behind the break-up of Takemichi and Hinata. So let’s get rolling and track all that happened after Takemichi’s sweet talk with Hinata. 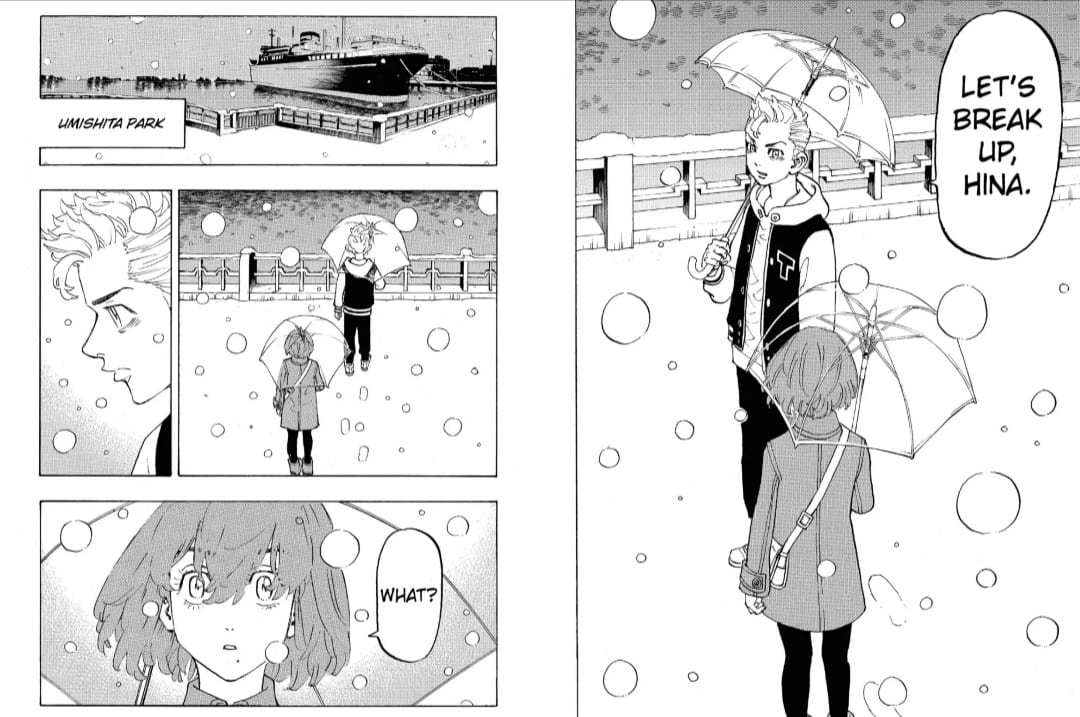 Takemichi breaks up with Hinata at Umshita Park on Christmas eve.

Who Is Responsible For the Break-Up Between?

Hinata tells Takemichi to meet her at the Umshita Park on Christmas eve. Takemichi can’t contain his happiness at that. However, as he’s hovering on the ninth cloud, the realization struck him. He realizes that Umshita Park is the exact location where he called it quits. As it turns out, in the future, Hinata told him that he dumped her at Umshita Park. As Takemichi stands wondering why that happened and why he would ever break up with Hinata, Hinata’s father, Masato, shows up. We then see Takemichi and Masato going to a restaurant. At the restaurant is where we learn the reason behind the breakup between Takemichi and Hinata. It was because of Hinata’s father, Masato Tachibana. It is he who tells Takemichi to get out of Hinata’s life and not drag her into his delinquent life. Takemichi complies and breaks up with Hinata.