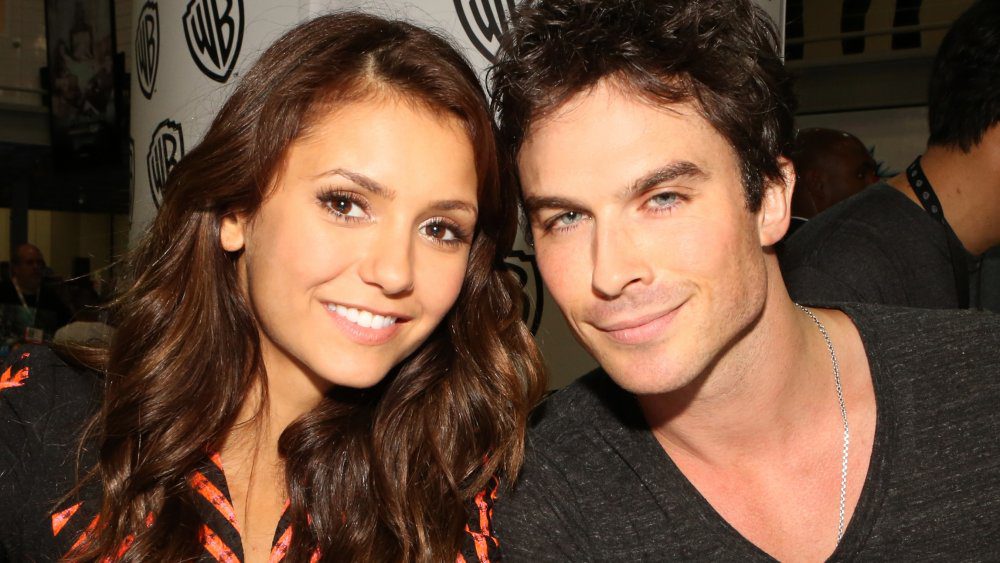 Today we would be discussing the onscreen and offscreen romance of vampire Diaries couples Nina Dobrov and Ian Somerhalder. “what happened between the two of them that led them to end up so soon” would be the major focus of today’s scoop up. They are of course the lead characters of the show who were portrayed as teen lovers in a vampire love triangle series. Beyond the surprises, she was presented to be an aftermath lover of Stefan’s vampire brother who won her heart in the end. They were raised to the public’s consciousness as the on-screen chemistry was highly adored by people. They aggravated to further height when the true vampire also proved out to be her real lover.

They became one of the most adorable couples when they appeared back to back in the series after their romance was leaked out. And yes, the show has the record of attracting 3.60 million viewers for the first series. The teen vampire drama got admiration from fans for the electrifying chemistry of the star cast who is none other than Dobrov and Somerhalder. So let’s find out more about the end of such a love story of the vampire diaries couple.

What led Nina And Ian To End up The Relationship?

When it comes to Nina Dobrov and Ian Somerhalder the two started dating in 2010 after working for one year in Vampire Diaries. And they admitted publically in 2012. Dobrov was reaching a peak in her career with the show’s popularity since the beginning. She kept it secret and the reason was the very ambitious nature of Dobrov. It is also clear from one of her interviews where she said she didn’t want to date her co-stars. In spite of the rumor, she has dated her co-workers in the past including one actor from Degrassi. The two of them were friends initially and Dobrov also accepted her failed attempts in hiding the relationship. She was slowly giving into Somerhalder. Her desire to maintain her personal and professional life separate was always central to her statements.

Nina and Ian were too much in love that they started hanging out and their meetings also included their parents. It was reported that the two have planned to take it to a further agreement. The romance of the couple was just getting high that the news of the fall of their three-year relationship filled the air. Yes, they ended up as a couple but they still continued their friendship even after the break-up. The vampire diaries couple had won the People’s Choice Award in 2014 and they both received it together and happily. Their on-screen partner status was still alive until the year 2015 when Dobrov decided to quit the show. It happened soon after the marriage of Somerhalder and Nikki Reed. 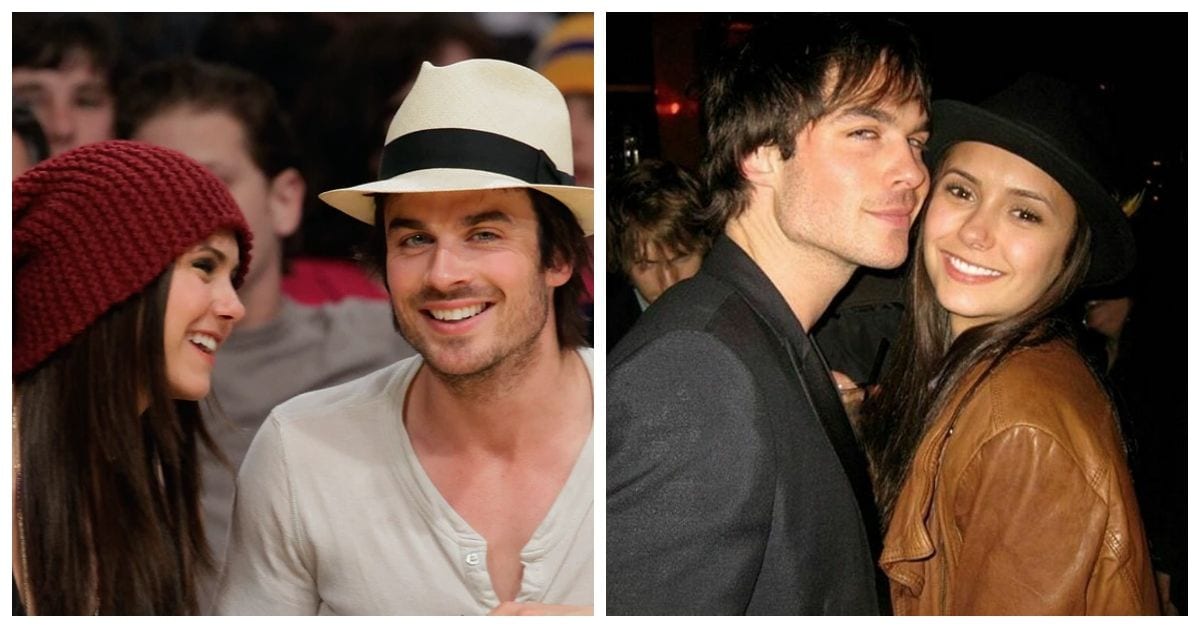 Nina and Ian Dated for a Few years

Also read: Why Did Cellino And Barnes Break up? Everything To Know

Did Nina Really Choose A Career Over Somerhalder?

As per the speculations drawn, it is true indeed that Nina didn’t want to settle and get married. One could also see it in contrast to what Somerhalder wants from a relationship. As he got married to Nikki Reed after dating her for just six months. In the meanwhile, Nina ran out of the next series when she declared that she was done with the six seasons of the show. Although Nina once stated that if someone is not happy in a relationship with themselves then they shouldn’t be dating each other. But she could not hide her happiness with Ian not as a co-worker and an offscreen lover. Although she denied it once but admitted it openly irrespective of her previous statements. As a consequence, Nina stepped back off the show.

It is also surprising to know that Nikki Reed was another co-star in the show whom Somerhalder again fell in love with. Nina Dobrov was and is still a good friend of hers and there is no off-screen love triangle. Nikki Reed also stated it officially clearing the doubts that three of them were still friends and would always remain. In 2017 Reed and Somerhalder were blessed with a baby girl and he celebrated mother’s day by sharing a picture of his pregnant wife. He wished her all the love and happiness. Ian has really moved on in life whereas Nina had to face the end of her journey in vampire diaries. This is what she might have never expected in her life of settling down and having kids. Speculations are drawn that it was doubted by her as an obstacle in the rising career. 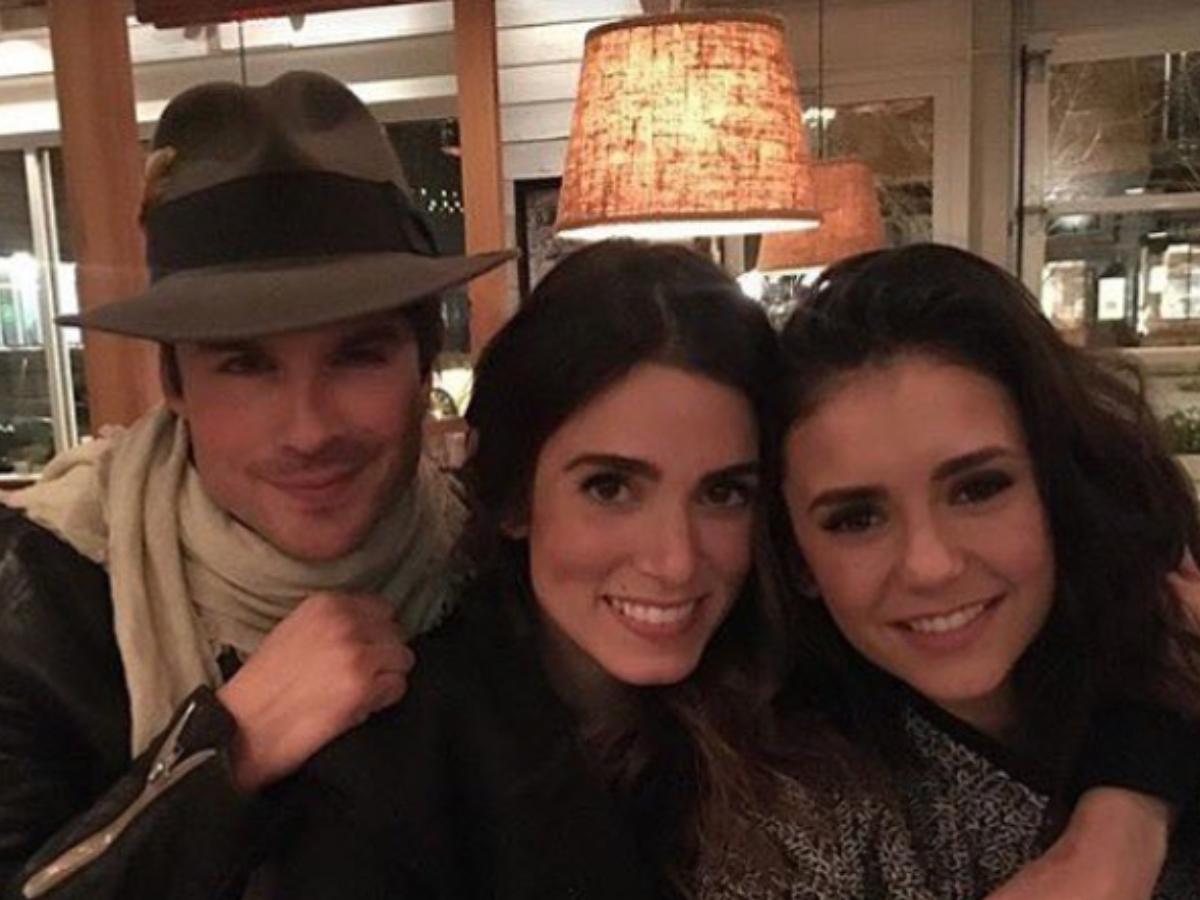 At the start of The Vampire Diaries, Elena Gilbert as Nina Dobrov misses her parents and spends a lot of time writing in her diary. By the end, she had become a vampire and married her one true love Damon Salvatore as Ian Somerhalder. In the end, she passes away and diminishes as Vampire, and meets her parents in heaven. The end of the series was pretty good to describe a tragic fall that could hit its viewers.

They would have been watching it with their heart fully getting along with the lead cast. The heartbreaking end is plotted quite similarly but suits the show in a natural sense as well as in reality. The show ended up with the eighth series but the popularity of the supernatural drama offered a lot to the viewers. We will keep updating you with such shows So keep visiting our page.

Also read: Why Did Charlotte And Harry Breakup? Glimpse Of Their Relationship