Why Did Maura And Chris Break Up, What Happened Between Them? 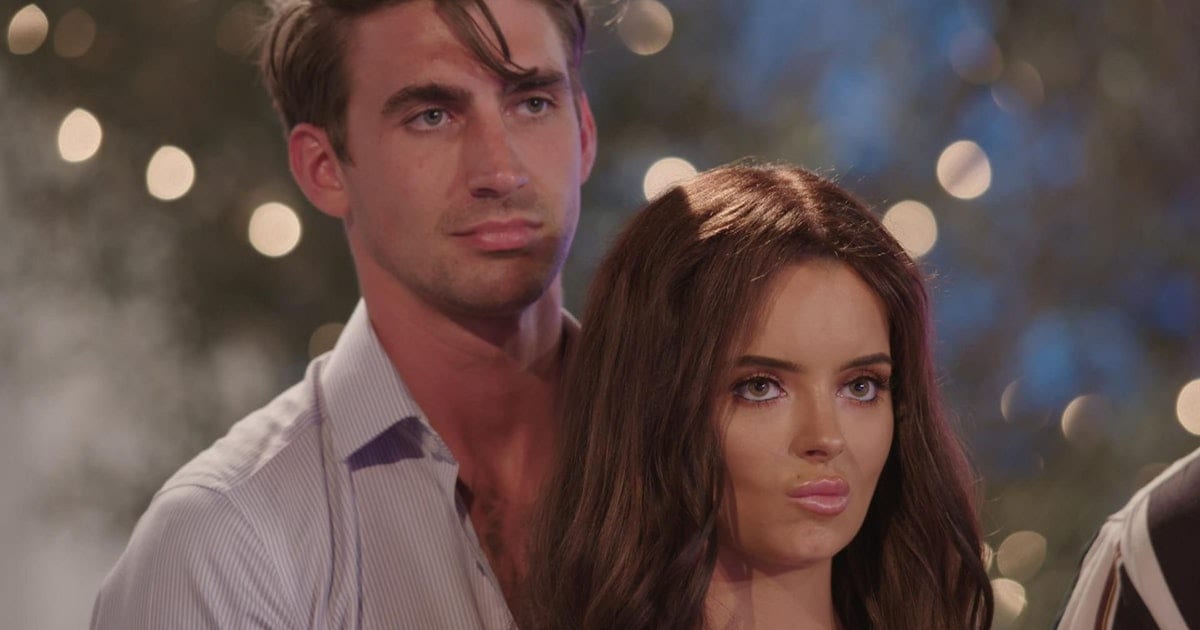 Why Did Maura And Chris Break Up? Love Island has often given us some of the best couples to talk about. One such couple was Maura Higgins and Chris Taylor. Although the couple was not in a relationship on the show, things became romantic in the after years. The Love Island fans were desperate to see these best friends turning into lovers. And their wishes came true. However, it was short-lived. Since their split in May 2021, fans have been highly devastated. Everyone is curious to find out what went wrong between them. Before that, let us see who they are.

Maura Higgins was one of the contestants of the famous television show Love Island. She got featured in the fifth season of the series. Talking about her status on the show, Maura entered the show on the 10th day. Throughout her journey on the show, Higgins was highly appreciated by the viewers. Likewise, she was seen with partners like Tom, Marvis, Chris, and Curtis. Moreover, she left the show on the 50th day. Her departure came alongside Curtis Pritchard. Fortunately, she was in fourth place towards the end.

As a result, her life had fallen under the radar of the paparazzi. Likewise, the netizens have gone snoopy to find out more about the Love Island star. In the meantime, her personal life has attracted her fans a lot. They are keen to know who she is dating. Likewise, her previous relationship with Chris Taylor and their breakup have attracted the audience the most. Therefore, in this article, we will be discussing why did Maura and Chris break up. Also, we will be shedding light on her current relationship status alongside some other facts. Here’s what we know about the issue.

Why did Maura Higgins and Chris Taylor break up?

Recently, Maura Higgins made some revelations about her relationship status. This has created a storm on the internet. However, her fans were concerned about something else. They were curious to know the reason behind her split with Chris Taylor. Both stars from the fifth season of Love Island started dating in the year 2020. Initially, they met on the sets of the British reality show. However, nothing blossomed between them during the show. But they became best friends. Over some months, they stayed in touch, and love blossomed. As a result, they announced their relationship on Instagram in 2020.

However, after being together for a few months, things went ugly. To stop these from ruining their pious friendship, the duo decided to end the things between them. Subsequently, they gave a public statement calling it an off. It seemed to be a tough decision for both of them. There were neither trust nor cheating issues. It just did not work between them. Therefore, Maura and Chris decided to save their friendship at least. The couple mentioned that they would remain friends and respect each other.

Likewise, they requested the paparazzi to support their decision. As we all know, the media and the netizens are way too fast in spreading false rumors and accusing falsely. However, both Maura and Chris requested their fans to understand their decision and support them. Likewise, they asked for personal space without criticizing them. It looks like the fans have given them enough space to move out of the hyped relationship.

Who are Maura and Chris dating currently?

Well, it seems like the ex-couple have moved on in their lives. On the one hand, Maura has come out with a big revelation. She was seen going to dinner with a mystery man. Likewise, the rumors of her dating another man rose in mid-June. And the news has been confirmed now. She is currently dating Giovanna Pernice. The couple took it on Instagram to make the announcement. In the past month, both of them were reported of posting the same snap from Wembley Stadium. These things were enough for the paparazzi to announce them as a couple. And now, the couple has confirmed the rumors on their own.

On the other hand, Chris has not posted any pictures since his breakup with Maura in May 2021. However, he was spotted hugging Shaughna Phillips on 8th July. It was soon after his ex-girlfriend announced her new relationship. As of now, there is no confirmation about things getting build up between Shaughna Phillips and Chris Taylor. It can turn into a serious relationship or end up being a fling. Let’s wait and watch.

Also Read: Ana De Armas And Paul Boukadakis Dating: How Did It Start?

Devin Booker Net Worth: How Rich is The Young NBA Star?

Natalie Viscuso Net Worth: How Rich is She?