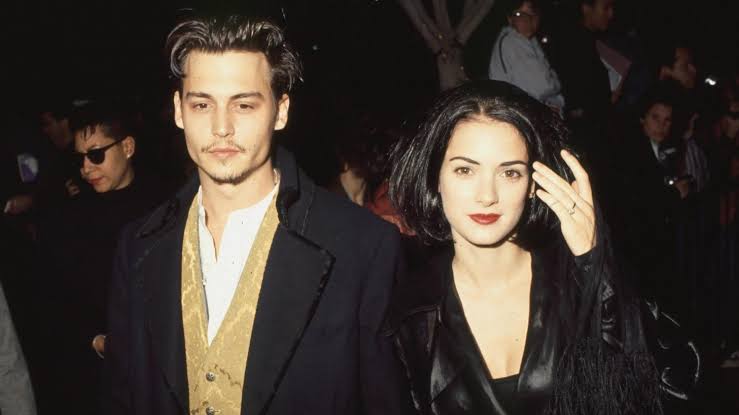 Johnny Depp and Winona Ryder were the most loving couple, and they were the pretty trendy couple. Johnny Depp is a well-known personality, famous for his roles in several blockbuster movies and series. He is known for his controversial relationships over the years in his career. Also, he had some quite famous break-ups. However, his break-up with Winona was the talk of the town back in the day of the 90s era. Back then, he had multiple relationships, which was not so successful. He was pretty famous for his movies and series among teens, which led to him much success and fame.

Furthermore, he was in nominations and got several awards for his remarkable performances. Pirates of the Caribbean movie made him star, and the audience appreciated his role as Captain Jack Sparrow. Furthermore, he was recognized globally after this. He came across Winona Ryder at a premiere of her film called Great Balls Of Fire, and the character she played was Jerry Lee Lewis’s child bride. Johnny described his meeting with his ladylove as love at first sight. He was taking coke at a lobby, and he saw Winona Ryder there with everything else getting fogged away. It was a complete awestruck moment for Johnny Depp.

Also read: Who Is Johnny Depp Dating? The Bitter Ending With Amber

The break-up happened due to the interference of the media and press. However, Johnny Depp was entirely in love with Winona as he stated in one of his statements that the love he had for Winona was something unique and a first-time experience he ever felt. He also got a tattoo on his biceps stating “Winona forever” to show the affectionate gesture towards Winona. She was utterly astonished to find out about the tattoo. She even said that she didn’t believe that it is for real. 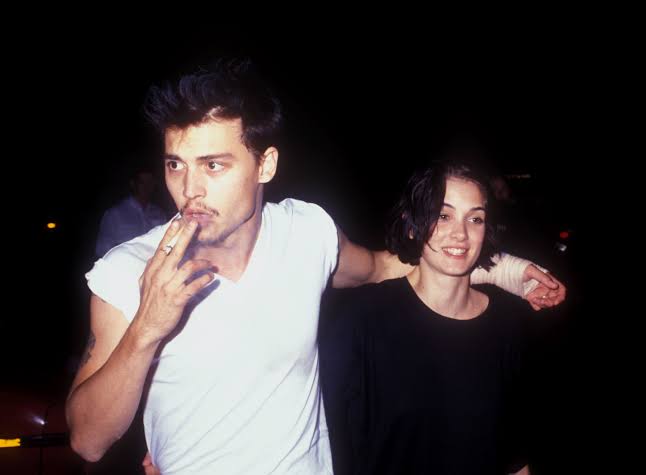 Winona Ryder was only 17 years old when she was in a relationship with Depp. She was relatively younger than Johnny, who was 27 at that time. The age gap was a hot topic among the media, and they did highlight the issue with regressive efforts. The two never hesitated to share their relationship update openly;  they were quite an open couple in the 90s. Johnny Depp was uncertain about having an intimate relationship because he thought to end the detective game of media around his relationships and girlfriends. He even accepted it was a blunder to have a relationship that had the least privacy.

Johnny Depp and Winona Ryder were madly in love

They had the relationship for about four years, and the two got engaged after the commitment of approx five months only. They were famous for their romance and love between them. Not only that, but they were a perfect couple of the 90s era in Hollywood. Furthermore, Johnny Depp was the first relationship Winona was committed to, and she even considers him unique for all her first experiences, such as first love, first kiss, and first lovemaking. On top of that, it was revealed she was a virgin till she met Johnny Depp. They would spend every moment together and even enjoyed listening to some of their favorites books, poetry, and songs. 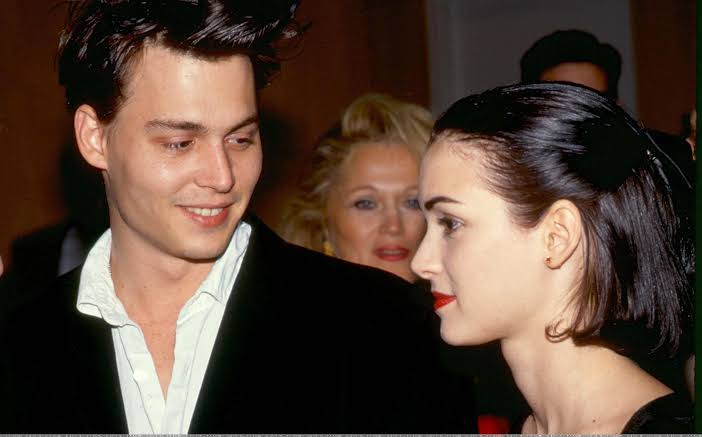 The two even starred in a movie together called Edward Scissorhands. The film was also about the couple breaking their relationship due to the media pressurization. And alas, art reflects in your life,  and the same happened with Johnny and Winona, unfortunately.

Johnny was never the same person post-breakup with Winona. The people around him said that Winona took his soul away, leaving behind a different Johnny. He was completely shattered at that time; he renamed the tattoo “wino forever.” Winona was also depressed as hell because she loved Jhonny very much, and she was too young to experience traumatic breakup blues. Therefore, she had a pretty difficult time moving on in her life.

Although, the two were on good terms with each other after the breakup. Recently, Winona has spoken well about Johnny on the allegations against him by Amber Heard for abusive and alcoholic behavior towards her. Winona stated that Johnny was very loving, caring, and protective towards the person he loves, and he was never abusive towards her when they were in a relationship. Henceforth, Johnny and Winona have only good to speak for each other.