Jennifer Aniston & Brad Pitt broke up after 7 years of their marriage. But why? What went wrong between the two? 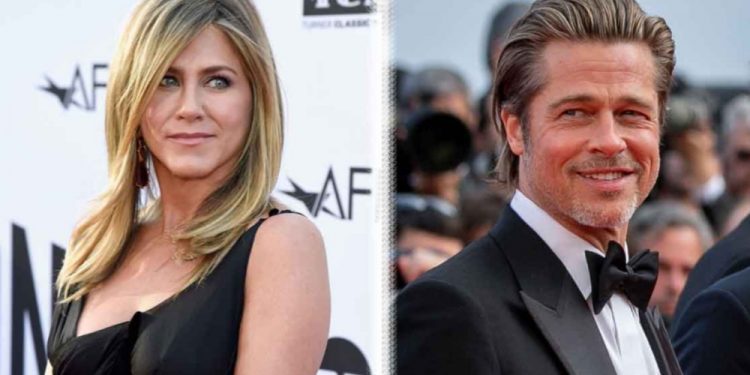 After spending seven years of marriage together, what went wrong between Jennifer Aniston and Brad Pitt. With the title itself, you must know what we are talking about, one of the hottest couples in Hollywood. Starting with their brief introduction, Jennifer Joanna Aniston is an American actress and producer. She is known for F.R.I.E.N.D.S, Friends: The Reunion, We’re the Millers, Murder Mystery, etc. On the other side, William Bradley Pitt is an American actor, some of whose hit films are Once Upon a Time….in Hollywood, Mr & Mrs. Smith, Fury, World Ward Z, Allied and so on.

Did you know that both of them were set together by their managers? Sounds a little bit weird, right? But, you should know that everything is possible in Hollywood. Their fans loved them as a whole. Thus, the news of their sudden breakup left their fans in shock. If you want to know more about their breakup scandal, you must read this article to the last word.

Most of you know that Jennifer Aniston and Brad Pitt are no longer together. But hardly do you know the scandal in detail.

The Hollywood stars Jennifer Aniston and Brad Pitt met each other in 1994 through their managers. During that time, both of them had their significant others in their lives. After they broke up with them, a  few years later, their managers fixed their first date. That’s how things started between them. Jennifer Aniston and Brad Pitt were considered the hottest couple in Hollywood. The couple walked together on the red carpet of the  Emmy Awards in 1999. Following that, in July 2000, they tied the knot. It was a lavish wedding.

In an interview when Jennifer was asked about the love of her life, she was a bit confused. Moreover, she stated that she doesn’t know if Brad Pitt was the love of her life. She also added that it feels good to have someone understanding. It was in 2004 when Jennifer wanted to start a family with Brad. Unfortunately, things turned on the wrong side. That was the time when her husband Brad Pitt met Angelina Jolie while shooting for a film. A new story began!

Knowing the romantic details going on between Brad and Angelina, the former couple ended up with divorce in October 2005. After being upset for a few years, Jennifer met Justin Theroux on the sets of Wanderlust. They married each other in August 2015. While on the other hand, Angelina and Brad divorced in September 2016. It was a disaster for Brad Pitt.

After a few years, Jennifer got divorced from her second husband, Justin Theroux. The reason for their split was very simple. Even after marriage, the actor found Jennifer to keep love notes from Brad. Fans started to wonder if Brad has anything to do with their split. At present, as both of them are single, they are in touch. It seems like the duo is maintaining a healthy good relationship. Brad was also invited to an intimate party hosted by the actress. Not only that, but he also attended her birthday party.

We all know who Jennifer Joanna Aniston is. She is a famous American actress and producer who has worked in a wide range of films and television shows. Born on 11 February 1969 in Los Angeles, California. As of now, she is 52 years old. Her amazing acting skills have earned her accolades throughout her career. Some of them are Golden Globe Awards, MTV Movie Awards, Primetime Emmy Awards, People’s Choice Awards, and so on. Among her films, which one is your favorite?

William Bradley Pitt is an American actor born on 18 December 1963 in Oklahoma, United States. Currently, he is 57 years old. Being his fan, you will be glad to know that two of his movies – Bullet Train and Babylon are set to release in 2022. He is the recipient of Academy Awards, Golden Globe Awards, BAFTA Awards, Volpi Cup, etc.

It’s all good as long as they are consenting adults. We wish both of them good luck for the upcoming days of their career & personal lives.

Also read: Kaelyn Lucy Break Up: Has The Youtuber Separated From Her Love?