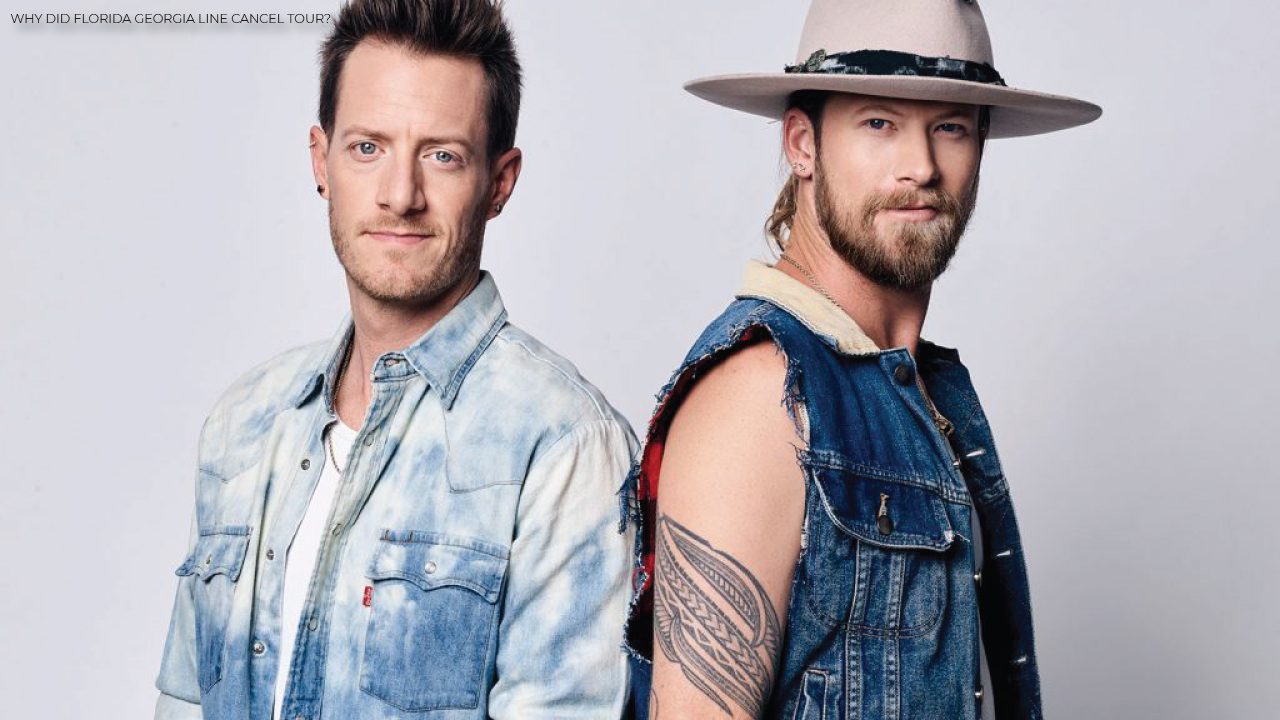 Why did the Florida Georgia line cancel tour? After the rumors of splitting in April, these boys gave fandom a heartache but soon cleared the air with their live zoom session and news about the new album release. Tyler and Bryan clearly stated that they had no intention to part ways. The latest and hottest news of the band is about the tour cancellation. Let get into the details of what happened and why did Florida Georgia line cancel the tour?  Tyler Hubbard and Brian Kelley, both vocalists, and songwriters formed the American country music duet Florida Georgia Line in 2010. Florida Georgia Line started as a local cover band in Nashville, Tennessee, in 2010. They joined the Big Loud Mountain label in 2011 December.

The vocalists cum musicians of the Florida Georgia line became passionate about music since their attending church worship sessions. Tyler Hubbard was a native of Monroe, Georgia, and served as a worship leader in church all through his teens and set up the local circuit of hip hop. Brian Kelly, a native resident of Ormond Beach, Florida, worked as a standout pitcher in his school’s Baseball team, which earned him a scholarship and led him to Florida State University. He later moved to Belmont University after his failed attempt to succeed in sports. He started learning and practicing the guitar and went on to create music inspired by the Christian rock band “Casting Crowns”.

The two met through a college worship group at Belmont University in the year 2008, and soon after graduation, they vowed to give themselves two years to thrive as a country duo. They relocated together and started doing various jobs to help pay the bills while still going to clubs to play on weekends.

Why did the Florida Georgia line cancel tour?

Florida Georgia Line, an Academy Award nominee country music duo, said on Friday that their “I Love My Country” tour has been postponed owing to worries about the outbreak of the COVID-19 virus. The 29-city arena and stadium tour was slated to begin on 24th September at Atlanta’s Cellairis Arena.

The band members more or less described the situation and condolences through Twitter as “While we’ve been fortunate to see a few of you at performances recently, we’ve been concerned about everyone’s safety. We’re very disappointed to have to reschedule this tour, but we love you all and absolutely can not wait to see you all again when the circumstances are right”.

The cancellation was attributed to the COVID-19 epidemic, according to Florida Georgia Line. Ticketholders will get refunds automatically. Tyler Hubbard and Brian Kelley, a country music duo, were slated to bring their latest tour to Denver’s Ball Center on 16th November. They had recently rejoined after separation for solo projects.

Florida Georgia Line: The Start of a Career

Their first single, “Cruise,” was released in 2012. It smashed two significantly major sales records and also was downloaded almost 7 million times. This is also the first country single to gain a Diamond certification. This song paved the way for a new kind of country music called bro-country, which incorporates rock and hip-hop production elements. Drinking, Partying, driving trucks are common themes in this genre of music.

The band member Kelly married after seven months of dating his girlfriend Brittney Marie Cole in December of 2013. Later the following year, he took part in the popular Animal Planet’s show “Treehouse Masters”. With Hubbard’s backing, Kelley announced his desire to pursue a solo music career while being a member of the Florida Georgia Line in the year 2021.

Hubbard tied the knot with his longtime love Hayley Stommel on 1st July of 2015. Olivia Rose Hubbard was born in December of 2017; Luca Reed Hubbard was born in August of 2019; Atlas Roy Hubbard, born in September 2020, are the couple’s three children.

They have an estimated combined net worth of $36.5 million. This was reported by Forbes, which was equally shared among themselves in the year 2015. Stay tuned to know more updates.

Also Read: Why Did Florida Georgia Line Break Up & Where Are They Now?

Tom Morello Net worth: How Much Does The Guitarist Earn?

Nadine Lustre Boyfriend: The Actress Spotted With Her Rumoured Beau!