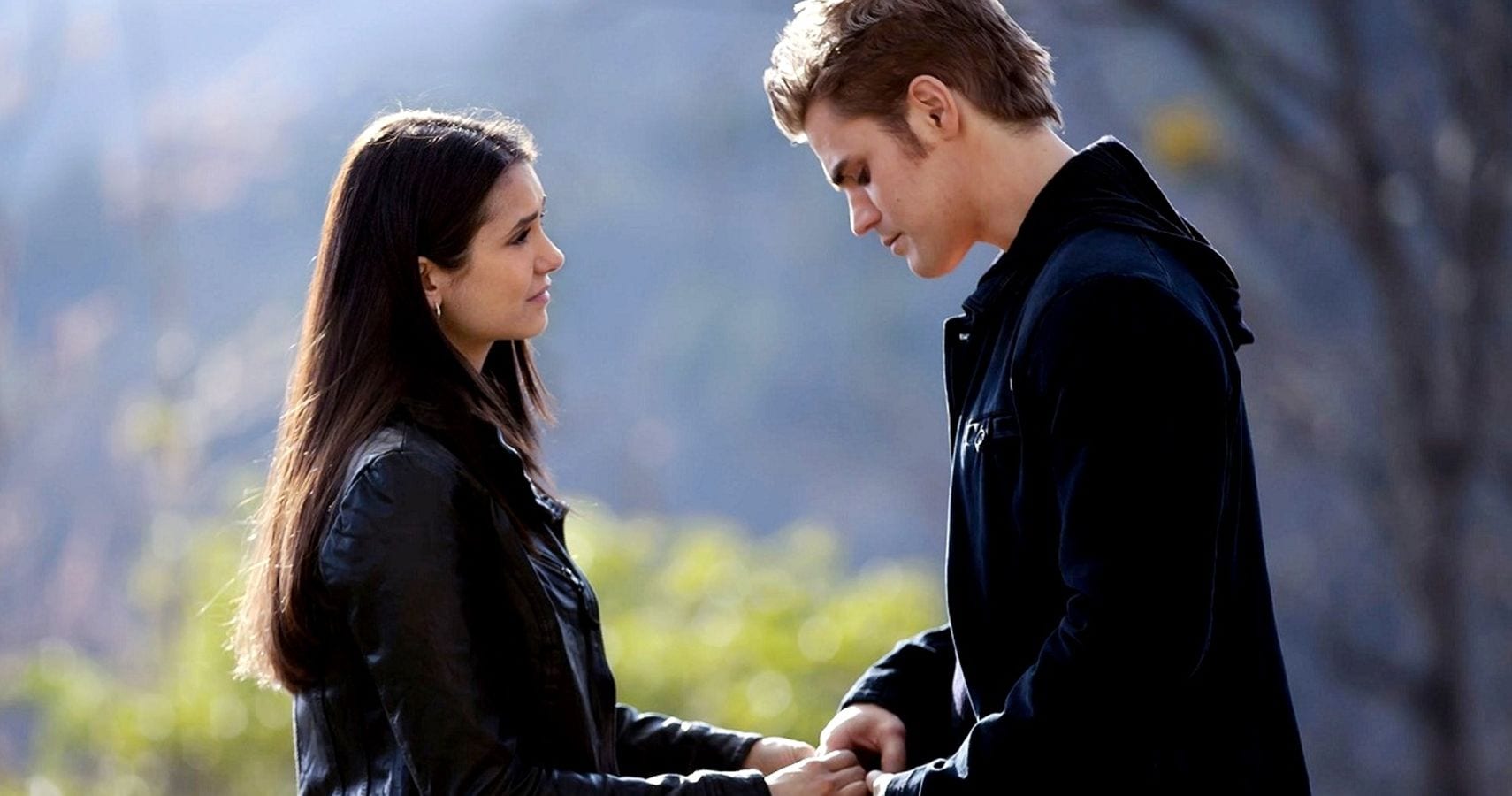 So we are back to the Vampire Dairies. The show made many teens go mad for Elena and her lovers. But the question is, why did Elena and Stefan break up? Elena was the most wanted girl on the Vampires Dairies, but this girl can’t make up her mind. Initially, when the series started, she was dating Matt, which eventually became her best friend. And she started the new boy in the school that was Stefan. From the day Stefan, the hot vampire, attended the school, he had his eye on Elena. And Stefan and Elena started dating as soon as they get to know each other. But there was a twist in the story. Elena was the doppelganger of Stefan and his elder brother Damon’s former lover Katherine. And they both fell in love with the same woman.

Katherine has filled both the vampire brothers in her days, but Damon was still in madly love with her. His whole life revolved around her, and he wanted to find her. Katherine was imprisoned in a den. Damon wanted to be her savior and wanted to rescue her. But it has already been ages, and he was unable to find her. But then he realized that Katherine was playing him. So, he developed feeling for his doppelganger named Elena. Who was his younger brother’s girlfriend? 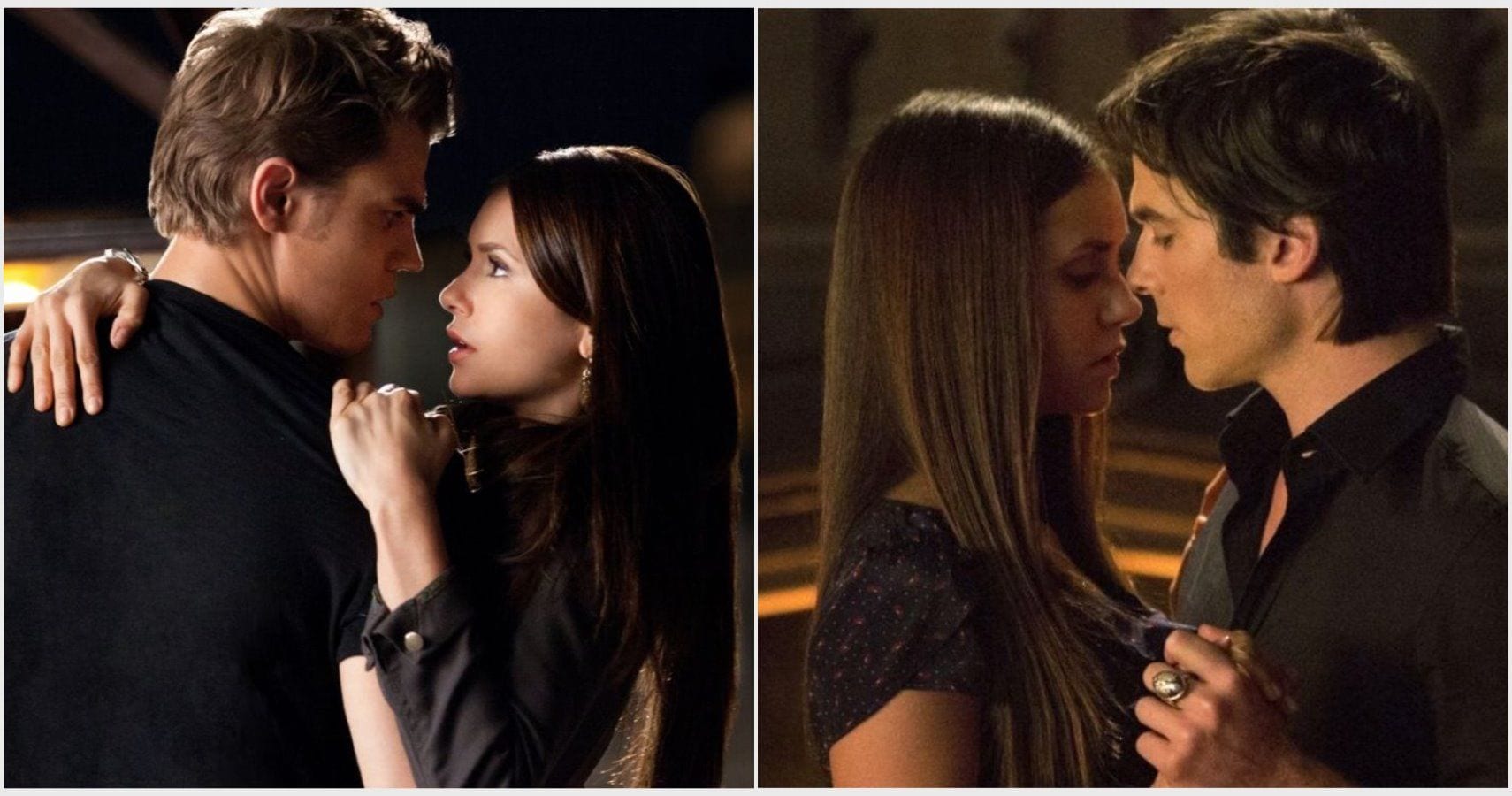 In Vampire Diaries, Did Elena Break Up With Stefan Because Of Damon. (Credits: Netflix)

Damon and Elena shared the sexual tension between them since the day has met. But when fans expected Elena to have her happily ever after with Stefan, tables turned, and the adorable couple broke up.

Why Did Elena And Stefan Break Up in Vampire Dairies?

So, according to the series, when a human is converted into a Vampire, their feeling is magnified. Damon and Elena experienced some amount of sexual tension between them, which turned out to be real feelings for each other. One day Elena and Damon kissed on Elena’s porch, and Elena’s feelings for Doman are confirmed. So the main reason for Elena and Stefan’s break up is Elena’s feelings for Damon. It is said that when Elena became a vampire, her feeling for Damon enhanced, and all the feelings for Stefan died. So she confessed to Stefan that she is not in love with him anymore and run straight to Damon’s arm. Poor Stefan gets heartbroken because Elena can’t make up her mind. And Damon stole his brother’s girlfriend without any fear of breaking the bro code. If you are a Vampire, Diaries fans will defiantly have aside.

Team Damon or Team Stefan. After all the things Stefan was put through for Elena. She had the audacity to break his heart. Even after being completely devasted by the fact that his own brother and his girlfriend cheated on him, he stayed there to protect them. He even stayed there when Elena was in need of a friend. Stefan and Elena were the best. The couple looked so adorable. Stefan has only been good and ethical to Elena from the day he has met her. On the other hand, Damon has been the bad vampire who killed people to drink their blood. He even hypnotized Elena’s best friend Karaline so he can get what he wants.

Vampire Dairies: Why Do Always Bad Guys Get The Girl?

As usual, the industry had to carry forward their cliches, and here too, the bad guy gets the girl. It was Damon’s fault that Elena was a vampire, and then instead of cursing him for that, Elena fell in love with him and made Stefan’s life an eternity hell. Even though at the end of the series Stefan finds his true love Karaline but he never got to be with his first love Elena.

Everyone told Elena that dating Damon was a bad decision, but girls tend to ignore the advice of the wisest and end up crying over a guy like Damon. However, Elena got her happily ever after with Damon. Some fans were happy with the couple, but some were agitated for breaking Stefan’s heart. You choose which side you are on.