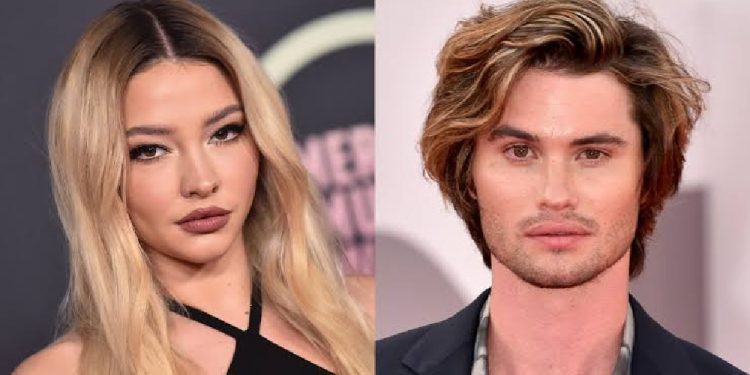 Fans of the Outer Banks, here we go again. Madelyn Cline and Chase Stokes’ relationship status is puzzling everyone. Although the two are believable as on-screen love partners, their off-screen romance appears to be more difficult. No one exactly knows what to think of the duo, and a recent development is surely lowering the enthusiasm of those who remain optimistic. Why did Chase Stokes and Madelyn Cline Break up?

The pair looked to have reunited just after Thanksgiving. With the Christmas festive just a few days away, it appears that things have shifted once more. Allow us to update you on the newest developments in the Madelyn-Chase affair. If you’re a die heart fan of the Outer Banks, you might be wondering why Chase Stokes and Madelyn Cline broke up. The short version of a complicated explanation: Their bond wasn’t quite as strong as John B. and Sarah’s.

Why did Chase Stokes and Madelyn Cline Break up?

Why did Chase Stokes and Madelyn Cline Break up? Stokes and Cline met in 2019 and confirmed their relationship in June 2020. They played love interests John Booker Routledge and Sarah Cameron on Netflix’s Outer Banks. On November 1, 2021, it was publically announced that Stokes and Cline had broken up after less than two years together. At the time, “Madelyn and Chase are no longer together.” “They tried to work things out quietly for a while but broke up a few months ago.”

They are certainly broken up, So The main reason why did Chase Stokes and Madelyn Cline break up? The former couple’s “busy schedules” played a big part in why their relationship didn’t work out. “They tried to work it out for a long time but decided it was best to go their separate ways.” “They both have hectic schedules, making it difficult for them to spend much time together.” They have no negative sentiments towards one another and continue to be friends.”

Also Read: Nicola Benedetti’s Boyfriend: Who Is The Violinist Dating in 2021?

Madelyn has come over the breakup and has already begun “talking” to some other people. Cline has been over it for a long time and has been casually talking to other people,” the source claimed. Cline is “sort of living her single girl time.” Cline and Stokes’ breakup rumors began in September 2021, when they failed to attend the Met Gala together, as fans expected.

She was pictured with 13 Reasons Why alum Ross Butler in Paris later that month, reigniting the suspicions. In addition, the two were observed dancing together. Butler, on the other hand, rejected the romance allegations, telling  at the time that he and Cline were “just friends.” Tokes, for his part, was photographed in Miami with his Outer Banks co-star Jonathan Daviss the same week.

Who is Chase Stokes?

Chase Stokes was welcomed to the world on September 16, 1992 (age 29as of 2021) in Annapolis, Maryland, United States. Virgo is his zodiac sign. Stokes spent the majority of his childhood in South Florida. In 2010, he graduated from Timber Creek High School in Orlando, Florida, and went on to Valencia College, where he earned an Associate of Arts degree in 2012. He graduated from the University of Central Florida with an MBA in 2015.

Chase worked as a salesman at a small fitness facility in Florida while in college, and Stokes also worked for a short time at an IT firm. Chase considers Orlando to be his birthplace. Since he was a child, Stokes has had a strong desire to act. Following his graduation, he began auditioning for films and television series and eventually landed a role in a short film, Lost Island (2015), which served as his first television series.

Who is Madelyn Cline?

Madelyn Cline is an actress, model, and social media sensation from the United States. Madelyn began modeling at the age of ten, near Charleston, South Carolina. She dropped out of university at the age of 19 after appearing in many newspaper ads and commercials. Cline appeared in a number of television shows, short films, and features. She gained her debut with the part of Sarah Cameron in the series Outer Banks after appearing in Stranger Things and The Originals.

Madelyn Cline was born to Mark and Pam Cline on December 21, 1997, in Goose Creek, South Carolina, near Charleston. Cline’s mother is a real estate agent, while her father is a water system engineer.  At the tender age of ten, she began modeling. Cline spent a lot of her summers in New York, working on print ads and TV commercials for businesses including T-mobile, Next, and Sunny D. She appeared on the cover of American Girl magazine as well.