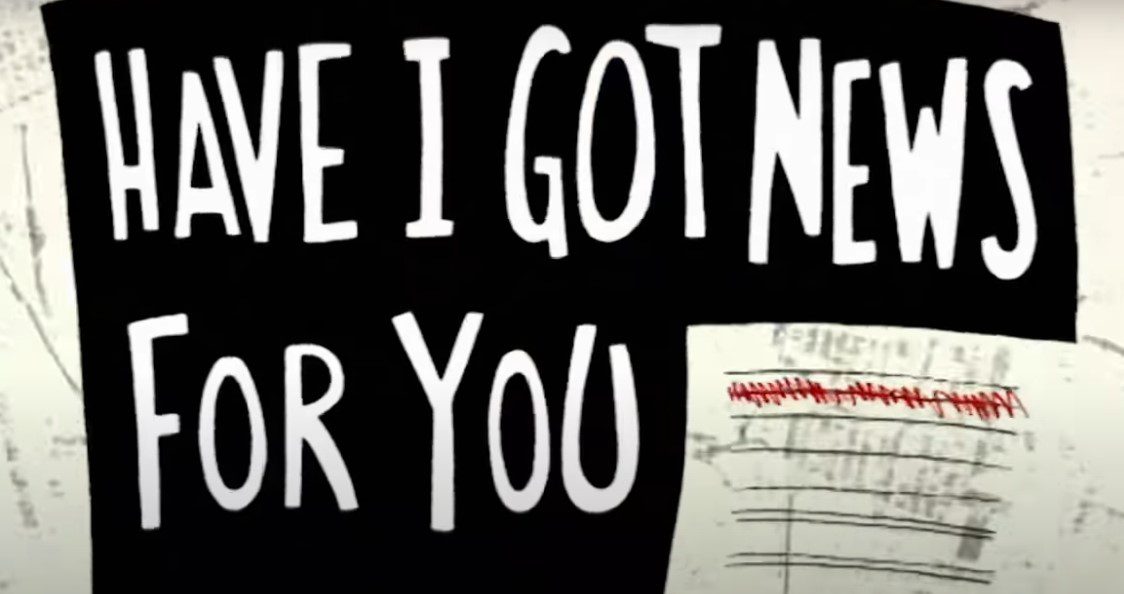 BBC: 'Have I Got News for You' Canceled

British television —and the entire nation— was shocked after a tragic event shocked that country’s society. In consequence, the BBC: ‘Have I Got News for You’ canceled their episode this week. And today in Otakukart, we will explain to our reader the reasons behind this controverted decision. Moreover, if you are not familiar with ‘Have I Got News for You’, it is a long-running British panel television show which answers questions on current events. Given the seriousness of the national commotion, the BBC decided to pull out from their regular schedule of this program.

“Have I Got News for You” takes on current events in a satirical tone. Often times it does so with controversy, raising criticism from politicians, viewers and even ending up in litigation for handling hot topics. Each episode consists of four rounds. And typically lasts about thirty minutes while the show recording takes longer. The final product goes through heavy editing by the BBC staff to avoid defamation lawsuits. Now, let’s cover the reasons behind the cancelation of the episode of ‘Have I Got News For You’ here in Otakukart. Let’s begin!

BBC: ‘Have I Got News for You’ Canceled

BBC: ‘Have I Got News For You’ Canceled – Reasons

The reason behind the BBC to cancel the airing on the regular schedule of ‘Have I Got News For You’ lies behind the national commotion following the murder of MP David Amess in Essex. Amess was a Conservative Party MP. Who died at the hands of a religious extremist who stabbed him to death in a public meeting. In consequence, since ‘Have I Got News For You’ deals with current events. And the British government raised the Union Jack at half-mast in a national state of mourning. It would be of bad taste to satirize —in the eyes of the BBC— any events regarding the death of MP Amess.

The show was initially scheduled to run on its regular slot of 9:00 pm on BBC One on October 15, 2021. But the BBC decided against it and aired an episode of “Would I Lie to You”. Still, that wasn’t the only show the BBC rescheduled. Because “The Cleaner,” a show that covers a man who cleans up murder tracks, was also rescheduled. ‘Have I Got News for You’ will air this Monday, October 18, 2021, on BBC One at 10:35 pm. After that, the show will run its third episode on Friday, October 22, 2021, at 9 pm. Victoria Coren Mitchell will host. In the next section, we will break down the show’s format for you.

BBC: ‘Have I Got News for You’ Canceled

Have I Got News for You Rounds Breakdown

Each episode has followed a similar pattern since the show’s beginning. The narrator introduces each episode by reading a series of satirical, fictional news stories, sometimes accompanied by a video clip from news shows or general public recordings to deliver the punchline. The program then focuses on four rounds with a similar format. Firstly after the introductions, each team is handed a series of video snippets – all without audio – that include news articles and theatrical situations. It’s typically a major news story, and it avoids any tragic events, like terrorist attacks, that would be improper to exploit for a laugh. The round sometimes includes additional questions and a bonus round for comedic effect.

Round 2 features discussions and questions regarding current events. This arrangement frequently used props and graphic effects to reveal such images. With the round being labeled per the manner in which the picture was revealed, including images revealed in jigsaw pieces. Or images revealed on slot machine reels, with the host pulsing. In Round 3, panelists are given four clues and asked to determine the relationship between three of them and the odd one out. The number of “odd one outs” in a round is determined by the production team. Although they usually consist of one question. Round 4 involves a newspaper or guest publication headline with specific words blanked out, and the panelists must guess what they are. With this, we conclude our coverage on ‘Have I Got News For You’. Thank you for reading this article.