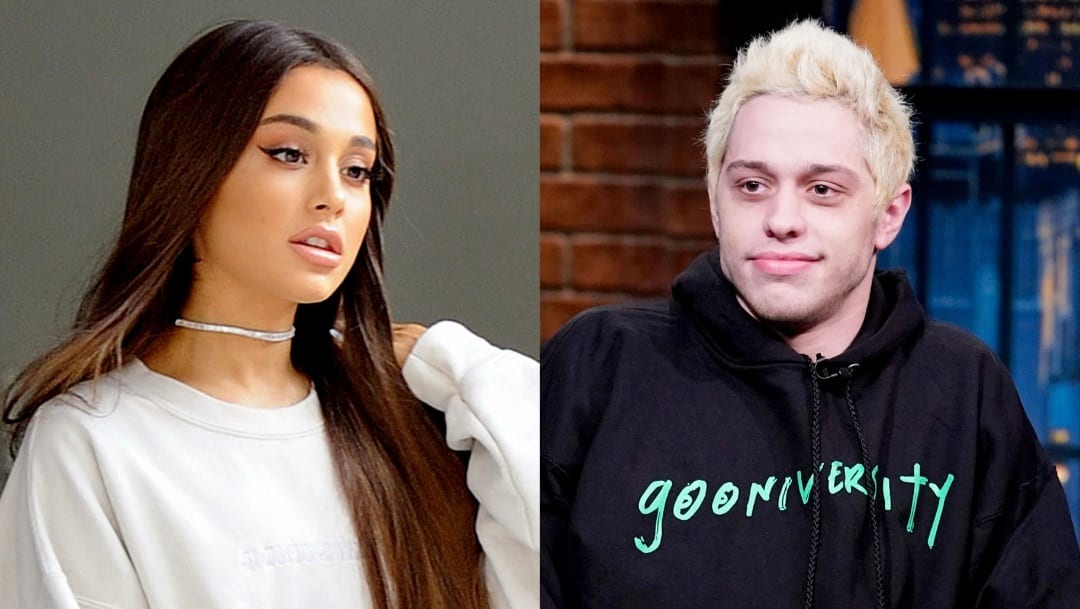 Ariana Grande has had several publicized relationships and breakups over the years. The “Stuck With You” singer is now married to a realtor Dalton Gomez. But the immensely successful singer has had a history of speedrunning through transient relationships. One of her ex-boyfriends (an ex-fiancée) is the SNL star, Pete Davidson. The former couple had a sweet and passionate relationship that lasted for about 5 months. It was very fast and highly publicized before they two finally called it quits. The short-lived relationship was marked by both Ari and Pete getting several tattoos inspired by their love. When Davidson and Ari started dating, they were both fresh out of their long respective relationships. Ariana was in a relationship with Mac Miller before Davidson. While Pete was in a relationship with Larry David’s daughter, Cazzie David.

The SNL star and actor had dated Kate Beckinsale, Margaret Qualley, and Cazzie David before. Before dating Ariana, and eventually getting engaged, he was dating Larry David’s daughter, Cazzie. The SNL star has had a history of dating incredibly talented and famous stars. He broke up with his girlfriend of two years, Cazzie, on text, before hooking up Ari. Grande, on the other hand, has also had quite a history of fast-paced relationships. She had been in relationships with Graham Phillips, Nathan Sykes, Big Sean, and Mac Miller, among others, before Pete. After the break up of Ariana and Pete, the “Thank you, Next” singer started dating realtor Dalton Gomez. The singer tied the knot with Gomez in May 2021. But what happened to them and how it all ended up with a breakup? Let’s find out. 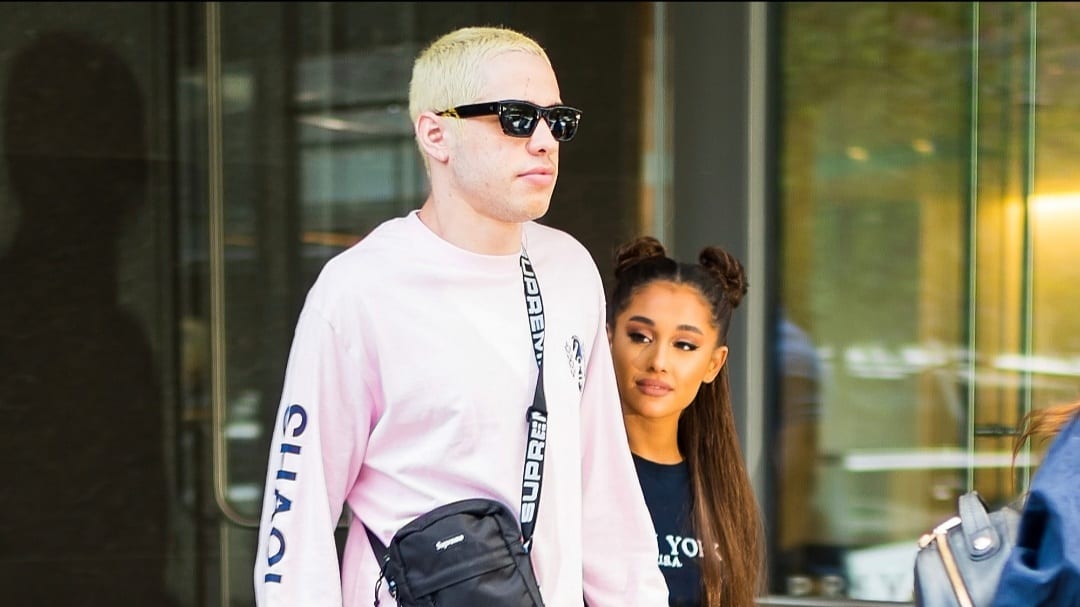 Ari and Pete were in a short-lived relationship, spanning 5 months, dying which they also got engaged.

How Did The Relationship Come To An End?

Pete Davidson talked about his relationship with Ariana and the breakup in an interview with Charlamagne Tha God. Pete said that he knew when it was over. He revealed that he knew the relationship was over when the news of Ari’s ex-boyfriend Miller’s passing broke out. Mac Miller, with who Ariana was in a relationship with for two years before Davidson, died in September 2018. Pete talked about his tragic death and its impact on his relationship with Ari. He said, “I was like, ‘Listen, I get it, do whatever you’ve got to do, I’ll be here.” He also went on to say that he was there for her until she was comfortable. “I think I said, I’ll be here until you don’t want me to be here,” he added. Saying that he knew the breakup was inevitable, he continued, “I pretty much knew it was around over after that.”

The tragic passing of Mac Miller was a lot for Ariana, eventually factoring into the breakup with Pete. He touched on this in the interview. He said, “That was horrible, and I can’t imagine what that s**t is like.” He went on to admit that he knew how Miller’s passing took a toll on Ari. And it impacted the relationship as well. Ariana had been in a relationship with Miller, who she claims was her dearest friend as well. She had called it quits with Miller after two years of being together. The reason for the breakup with Miller, as Ariana later revealed, was a toxic relationship. She was taking care of him for a large part of the relationship. After the breakup, however, Miller and Ari were both still on good terms. Both the stars also collaborated on songs and showed support for each other after the breakup.

Why Did Ariana Break Up With Pete?

“All I do know is that she really loved the s**t out of him (Miller),” told Pete in the interview. Taking about Ari’s love for him, he said, “she wasn’t putting on a show or anything.” However, that wasn’t the prime reason for Ariana and Pete breaking up. Although it obviously affected the relationship, Ariana later revealed what led to the breakup. In an interview with Vogue, Ariana called her relationship with Davidson, “unrealistic”. They had gotten together in May 2018 and called it quits by October. As news of the breakup started making rounds, Ari reportedly told TMZ the reason for the breakup. According to reports, she termed the relationship as, “way too much too soon.” In the 2019 interview with Vogue, Ari said that the relationship was “an amazing distraction.” She said about the relationship, “It was frivolous and fun and insane and highly unrealistic.” 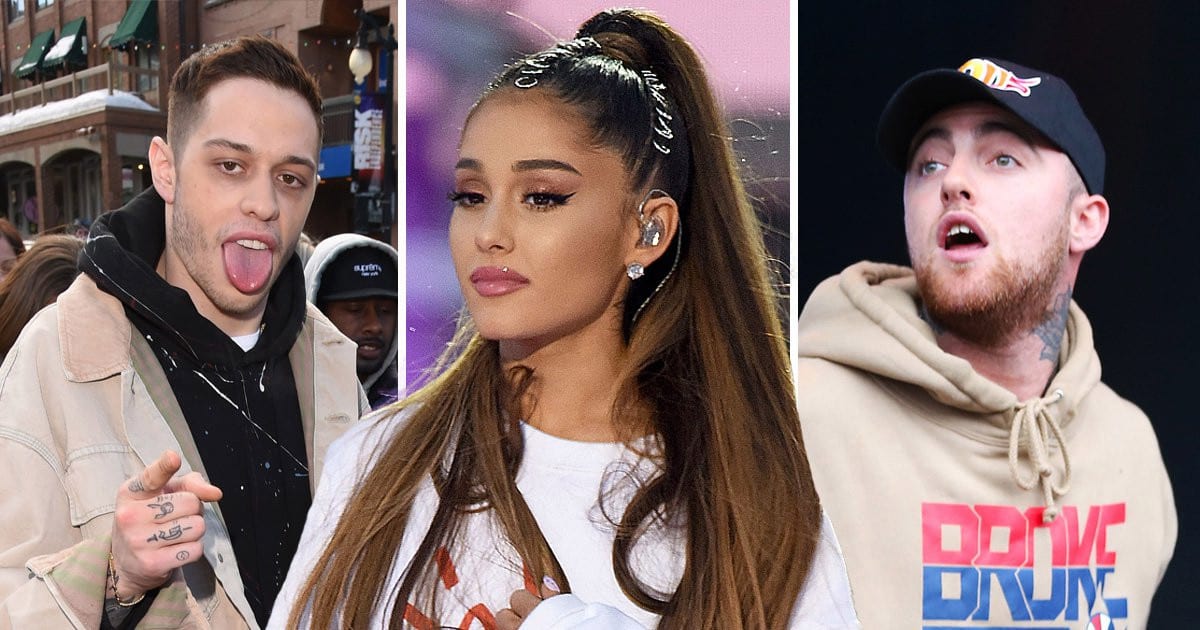 Pete talked about Mac Miller’s death impacting his relationship with Grande in an interview.

Ariana told in the interview how there was love but it wasn’t serious and they didn’t really know each other. Ari had a huge crush on Pete before they started dating. After they officially started dating each other, Ari wrote the song, “I thought you into my life,” for Pete. Alas, it was reportedly all too quick for them and Ariana and Pete broke up in October 2018. On the other hand, Pete didn’t have quite the exact view of the relationship as Ari did. He later called her description of the relationship “unfair”. In his Netflix standup set titled “Alive From New York”, Pete made jokes about Ariana and the relationship. Afterward, he said about the jokes that they were all “fair game” after what Ariana said in the interview.