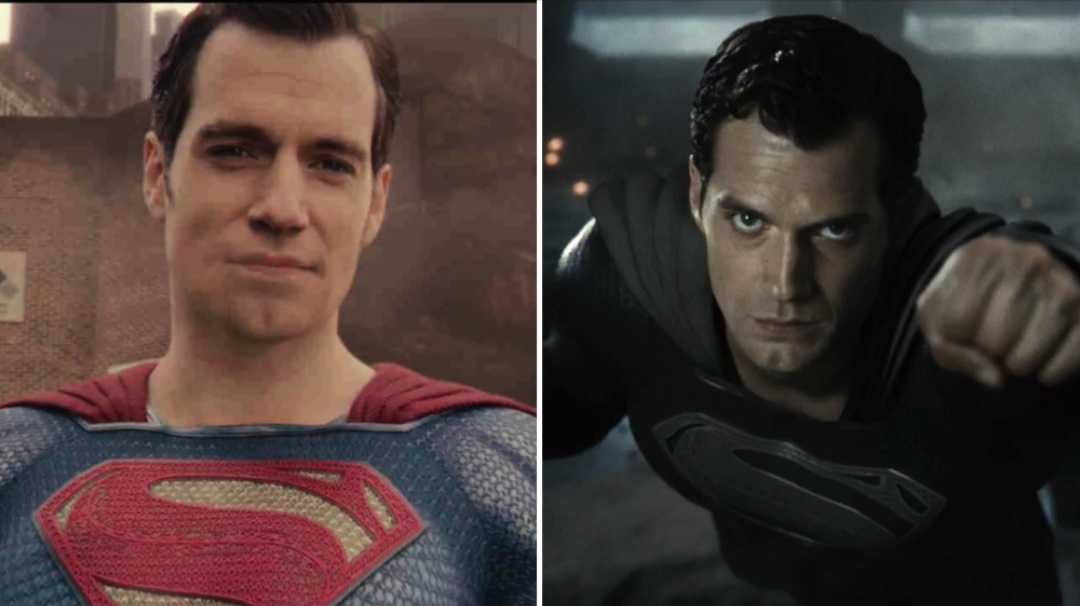 MyZack Snyder’s cut of the DCEU Justice League released on March 18, making the fan campaign behind it a success. It’s a result of about five years of devoted DC and Snyder fans rallying behind the #ReleaseTheSnyderCut campaign. We all know how the 2017 original Justice League cut bombed at the box office and was a critical dud. The theatrical cut was a product of WB’s directions for reshoots and re-editing the film. Joss Whedon of Marvel’s Avengers fame was hired to turn the footage into a more marketable version. Suffice it to say; the result didn’t quite execute the landing as the studio might’ve expected. The theatrical release went on to become a massive commercial and critical failure. And it was also a definitive end to the DCEU continuation. Following the poor reception, news about the butchering of Snyder’s original vision came out.

A massive chunk of the footage had already been shot before Snyder left the production. The reason behind his stepping down was the unfortunate death of his daughter midway through the production. After his daughter’s tragic suicide, Snyder left, and the WB studio hired Joss Whedon to finish the movie. Joss Whedon then shot multiple new scenes. The reshoots and the new scenes also resulted in the infamous mustache removal on Henry Cavill’s face. Consequently, a lot of CGI and scenes didn’t go well with the audience and came out rather janky and inconsistent. Not too long after the theatrical release, outrage among the vocal minority of devoted fans ensued. And what was considered a deluded campaign of a small faction gradually morphed into an effective one. The studio finally decided to release the Snyder Cut on HBO Max and allotted a massive budget for its completion.

The Snyder cut finally dropped on HBO Max on March 18 and opened to much better critical reception. It is over 4-hours long and contains way more content than the theatrical release cut off. There are notable changes from Whedon’s version of the film. Henry Cavill, Jason Momoa, Gal Gadot, Ray Fisher, Ezra Miller, and others came back to reshoot scenes. Most notable changes include new aspect ratio, extended runtime, extended scenes, additional footage, tonal consistency, new characters, and much more. The characters felt more fleshed out, the story made more sense, and the look was much more pleasant. Aesthetically speaking, Whedon’s version of Justice League looked weirdly off. From Snyder’s idiosyncratic somber and subdued color palette, Whedon decided to go for a bright look. The tone also saw a change — from a bleak and darker one to a pulpy and comical one.

The massive rewrites and reshoots courtesy of Joss Whedon resulted in one of the lowest rates superhero flicks. When the Snyder Cut was finally announced, some were looking with dubiousness, some with indifference, and others with starry-eyed optimism. The Snyder Cut did away with all the things that Whedon’s version got the flak for. The scenes go on for long, taking their time to play out. There’s a lot of slo-mo going on, which is expected from a Snyder film. But the extended scenes helped tell an adequate amount of backstories of characters. We get an entire and proper back story for Cyborg. His story was relegated to measly screentime in the 2017 version. Apart from Cyborg, we also have a sufficient setup for the Flash, Aquaman, and Wonder Woman. The fight scenes are much more visually striking and impactful, with some new character introductions as well. 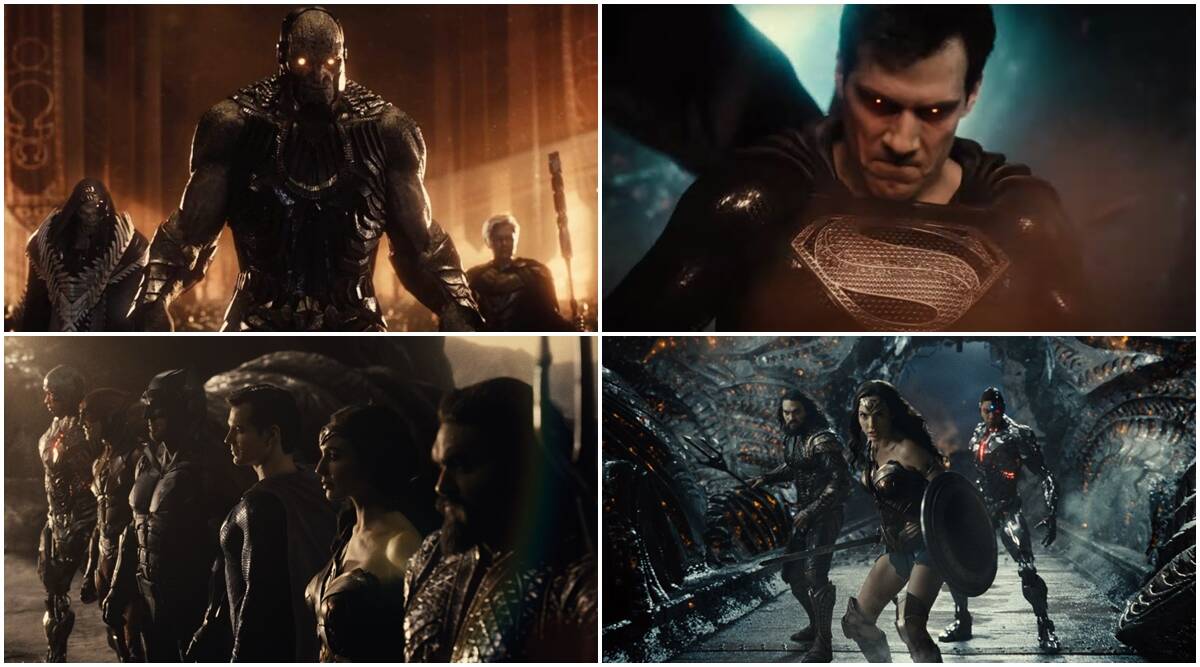 Why Are There Two Versions of Justice League

During the production of the original Justice League, Snyder had to leave the project due to a family tragedy. His daughter, Autumn, committed suicide, leading to Snyder eventually stepping down. Subsequently, Whedon was hired to do the reshoots and rewrites. Joss Whedon scrapped most of Snyder’s work essentially. The reshoots and rewrites proved very bad for the studio as the movie was very poorly received. Meanwhile, news about Joss Whedon’s abusive behavior towards Ray Fisher (Cyborg) came out. Ray was also backed up by his castmates. Following a poorly remade film and allegations towards Whedon, the fans started demanding the original cut that Snyder envisioned for the movie. #ReleasetheSnyderCut started trending on social media, and petitions were signed. Eventually, the WB studio bent and entertained fans’ demands. Fast forward to March 18, 2021, Snyder Cut finally hit HBO Max.

This fan outrage, in an unprecedented and never-seen-before manner, led to the original version of the film getting restored. After spending over $70 million on reshoots and edits, Syder Cut is finally out. In a rare case for the Hollywood industry, there lie two versions for the same high-budget superhero film. With the kind of reception Snyder Cut received, it was probably the right call from the studio. 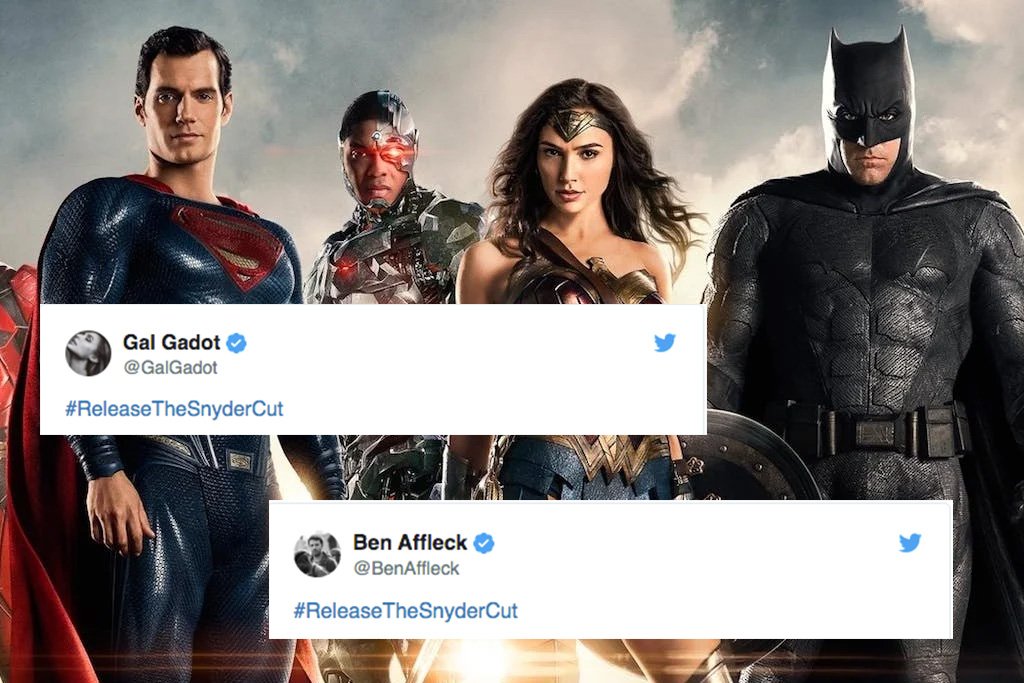 The fans rallied online for the Snyder cut to be released.

You can stream Zack Snyder’s Justice League on Apple TV+.