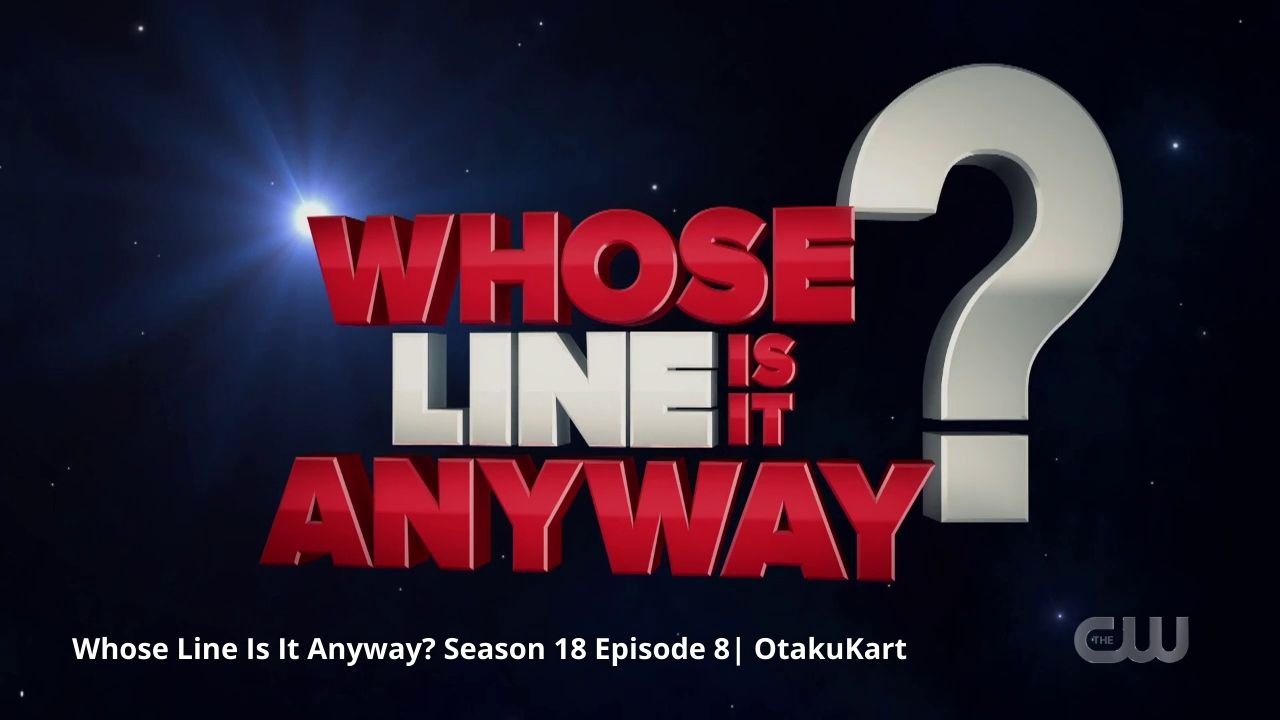 From The Intro Of Whose Line Is It Anyway Season 18

Whose Line Is It Anyway? Season 18 had quite a season lately, and we are wondering if there is more with Episode 8. Guests like Kevin McHale, Laila Ali, Keegan Michael Key, Heather Anne Campbell, Shawn Johnson, and Greg Proops joined this season. Keegan Michael Key made a second appearance on the season recently and gave quite a competition. Okay, the first time he appeared on the show this season, he messed up the Forward Rewind game a little, but this time nailed it at Party Quirks.

So the recent episode began with a news program game with only Colin acting a little normal. The rest three brought some real wildness into the game. Scenes from The Hat came with some really weird choices, while Party Quirks brought some range to a party too. Lastly, the cast celebrated the hairdressers around the world in ‘Greatest Hits’, which has been quite a constant game recently. So here is a look at everything that went down in Whose Line Is It Anyway? Season 18 before we move to Episode 8.

Previously on Whose Line Is It Anyway? Season 18, we opened up the show with the game “Weird Newscasters”. In this game, Colin is a host on a news program, and Keegan, Wayne, and Ryan are his co-presenters. Keegan is a co-anchor who is also an aggressive boxer at a pre-fight press conference sizing up his opponent. Wayne is a sportscaster acting out the rise and fall of a teenage pop star. Lastly, Ryan is a weather forecaster who is also a short-tempered bouncer who discovers someone stole his lunch. Ryan stole the show by old doughnut bit. 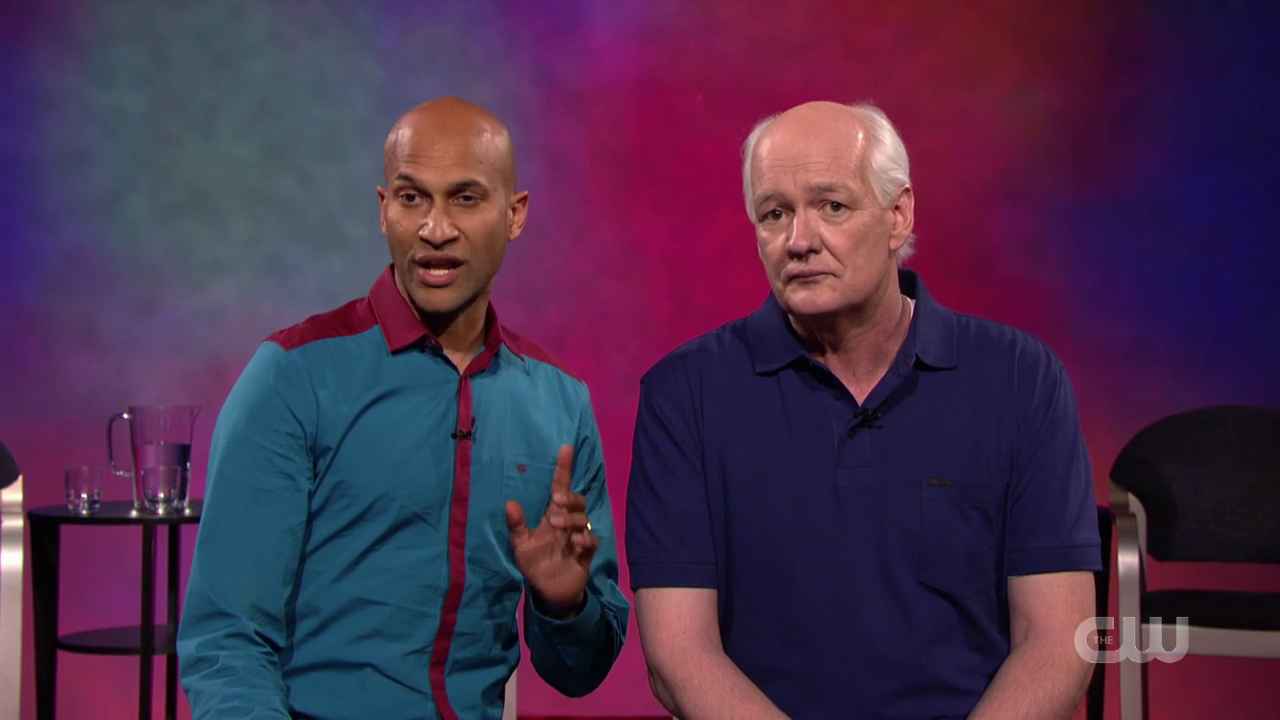 Next up is “Scenes From The Hat”. So the scenes suggested by the audience include “Inapporitae things to say at a funeral”. Then “If people acted in their jobs like college kids on spring break”. Lastly, we had” Strange things to read on road signs when you are riding”. The next game is News Flash for Keegan, Ryan, and Colin. So here, Ryan and Keegan will be news anchors in the studio while Colin will be in the field. The only thing is, Colin won’t be knowing what the news story is actually. All Colin has to do is guess his News Story. There was some Panda action on the green screen, and Colin got it quite right.

Next up is a game called “Party Quirks,” where Keegan is hosting a party while the other three are guests. The other three have strange quirks and identities. Keegan will guess them at the end. So Wayne is everyone involved in a children’s beauty pageant. Colin is a manic faith healer who makes everyone beautiful with his hands. Lastly, Ryan is Dog The Bounty Hunter. Keegan got them all pretty close and managed to guess them all. 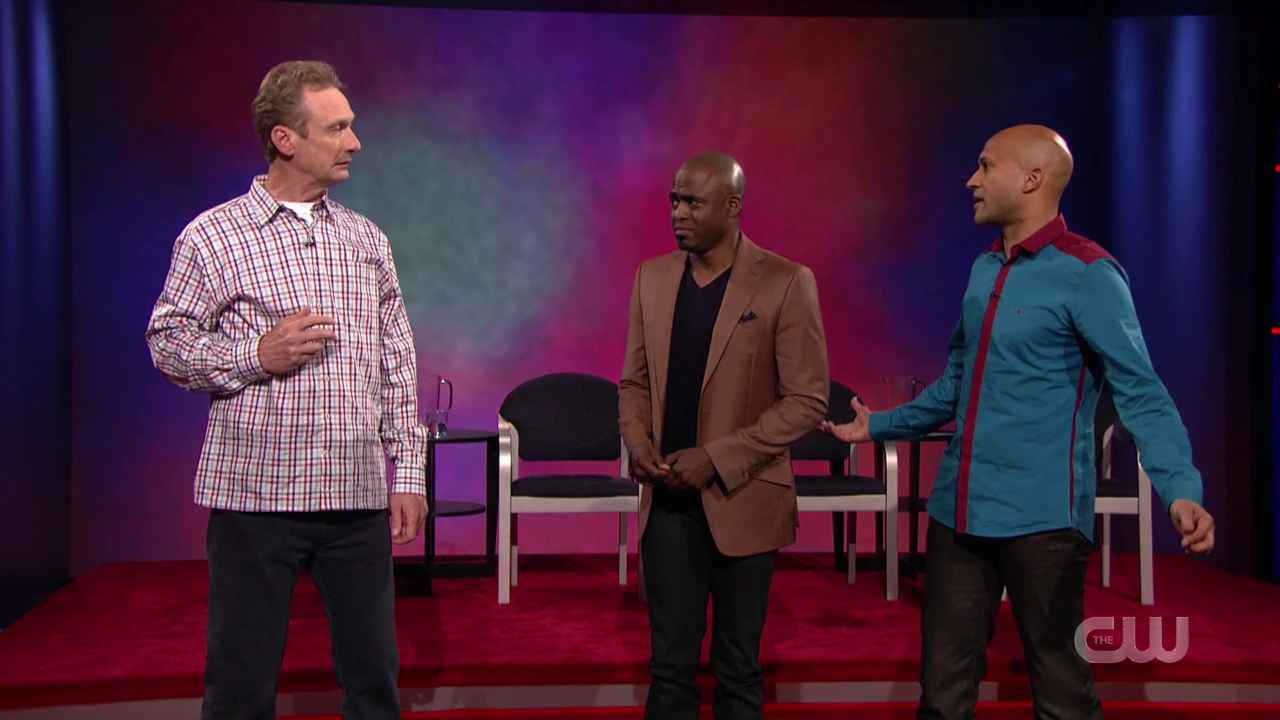 From Whose Line Is It Anyway Season 18 Episode 7 Featuring Keegan-Michael Key, Wayne Brady, and Ryan Stiles

One of the last games tonight was ‘Greatest Hits’. A game for Ryan, Colin, and Wayne with Laura Hill and Linda Taylor on Guitar and Piano. Ryan and Colin are TV voiceover artists while Wayne sings the song. The audience gave the word “Hairdresser”, so the album is called “Songs Of Hair Dresser”. Wayne had to sing “Mousse Me Up” in Justin Bieber’s style and “Look At My Roots” in Beyonce’s style. Ryan Stiles won the show, and Keegan helped him read credits as his hot-headed wife.

Whose Line Is It Anyway? Season 18 Episode 8 Release Date & Spoilers