Who was Minato’s Shadow Hokage? 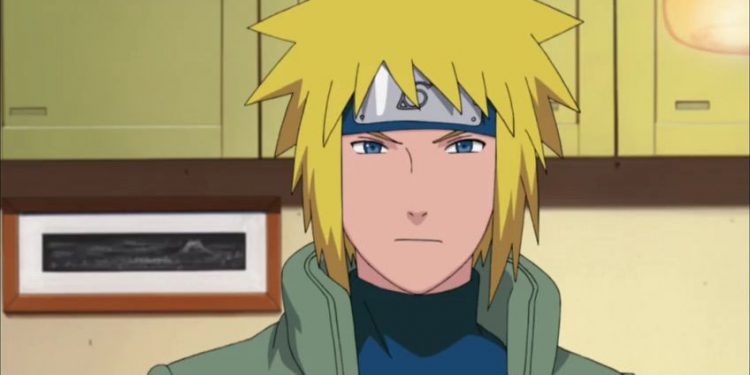 Minato Namikaze was the Fourth Hokage of Konohagakure and a committed shinobi, as every Naruto fan knows. If you’re wondering who Minato’s Shadow Hokage was, don’t worry because we’ve got you covered. Konoha’s Yellow Flash was his nickname across the world. He gave his life to seal a piece of the Nine-Tails into his newborn son, Naruto Uzumaki, during the Nine-Tailed Demon Fox’s Attack.

Minato was regarded as the most powerful shinobi of his day. Minato’s natural speed and prowess with the Body Flicker Technique were immense: he could easily outstrip three other Kage-Level ninjas and engage an enemy or retrieve an ally before anyone noticed; he could cover a considerable distance in a short amount of time and perform a technique before an opponent could finish theirs. In the anime, he could emerge before sensors could detect him and easily defeat three shinobi. Minato’s reflexes enabled him to respond to and evade techniques like Kamui and Lightning Straight without any notice. Minato possessed vast chakra reserves, allowing him to summon the massive Toad Boss Gamabunta as well as teleport multiple massive targets, such as a tailed beast and its attacks.

Also read: How Old Was Minato When He Became Hokage? Yellow Flash Of The Leaf Discussed

Minato was chosen as Fourth Hokage over Orochimaru because of his performance throughout the War. The Hokage Guard Platoon was taught the Flying Thunder God Technique so they might better assist the Hokage in their tasks. He also sought to help Kakashi, now an Anbu, escape the darkness that had engulfed him following the murders of Obito and Rin in the anime. The Third Hokage urged Minato to restore Kakashi’s respect of life by tasked him with protecting Kushina throughout her pregnancy as part of the gradual transfer of responsibility from the Third Hokage to him. Despite his youth, Minato Namikaze was a well-known ninja during the Third Great Ninja War. During the battle, he was dubbed “the Yellow Flash of the Leaf” because of his exploits.

Minato was a jinchuriki on top of all the strength he already possessed. Minato used the Reaper Death Confine to seal the Yin half of the beast within himself when the Nine-Tails were taken from Kushina Uzumaki, becoming the beast’s third jinchuriki after Mito Uzumaki and Kushina Uzumaki. He then sealed the Yang half of the beast in his kid, making him the beast’s fourth jinchuriki. Minato couldn’t utilize it since he died soon after, but he was reborn during the Fourth Great Ninja War.

Does Minato had Shadow Hokage?

Minato died at the young age of 24, but in whatever years he had, he made a significant contribution to the village. Tobi and the fox were only destroyed, and the town was saved from full devastation thanks to Minato’s bravery during the Nine-Tails’ invasion on Konoha. Jiraiya and Kushina taught Minato various fūinjutsu. The Eight Trigrams Sealing Style he used to lock the Nine-Tails’ Yang-half inside Naruto was the most significant of them, as it allowed little amounts of the Nine-Tails’ chakra to flow out and organically mingle with Naruto’s own. Years later, as the Konoha Invasion loomed, Minato was seen to be the only person who could have halted Orochimaru’s danger, and his death was profoundly lamented. Minato could cover Konoha and summon Gamabunta without using his Flying Thunder God Technique before the Nine-Tails could create a Tailed Beast Ball without utilizing his Flying Thunder God Technique.

Also read: 13 Facts About Minato Namikaze that Fans Might Not Know