Frank Kameny is famous for fighting for LGBTQ+ rights. 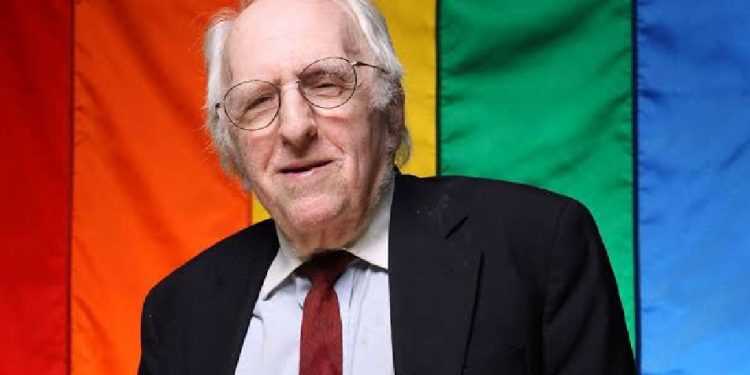 The month of June is now recognized worldwide as Pride Month. To commemorate the occasion, the Google Doodle for a day featured LGBTQ+ rights activist Franklin Edward Kameny, who was well-known for his work and for successfully contesting his dismissal from the United States Army. We will look at everything he accomplished in his life before his death in 2011 at the age of 86. Kameny is still regarded as a pivotal person in the LGBTQ+ movement, and several of his most famous remarks and concepts are frequently cited. People are curious to know who was Frank Kameny? and why was he famous?

In the United States, lesbian, gay, bisexual, and transgender (LGBT) rights have progressed dramatically throughout time. Until 1962, all 50 states criminalized same-sex sexual behavior, but by 2003, all remaining laws were declared unlawful. By 2015, LGBT Americans had won the right to marry in all 50 states, starting with Massachusetts in 2004. Furthermore, LGBT Americans are explicitly protected from discrimination in work, housing, and public facilities in many states and localities.

Who was Frank Kameny?

Frank Kameny, who was born in New York City in 1925, fought in the US army during World War II and later returned to work for the US Army Map Service after earning degrees in physics and astronomy. Kameny sued the US government in the Supreme Court when his job was terminated, ostensibly because he was gay. Despite being denied, he went on to devote his life to activism and never worked again.

He was involved in the formation of some of the first homosexual rights advocacy groups in the United States, and some claim he was the first to stage an LGBTQ+ rights protest. Kameny ran for the United States Congress for the first time in 1971, but he lost the election.

Why Was He famous?

Frank Kameny is famous for fighting for LGBTQ+ rights. Kameny was born in New York in 1925 and served in the military throughout WWII. After spells at Harvard and Georgetown, he joined the Army Map Service as an astronomer in 1957 but was fired two months later after being questioned with rumors that he was gay. At the age of 32, Kameny was barred from ever working for the federal government again. Dr. Kameny then sued the federal government, filing the first LGBT rights appeal in the United States Supreme Court in 1961.

Despite being refused, it began a lifelong fight for equal rights, and he founded one of the country’s first gay rights advocacy groups. Dr. Kameny successfully challenged the definition of homosexuality as a mental disease by the American Psychiatric Association in the early 1970s. The Civil Service Commission lifted its ban on LGBT+ personnel in 1975. Dr. Kameny finally obtained an official apology from the US government in 2009, 50 years after his firing. In June 2010, a section of 17th Street NW in Washington, DC, was renamed “Frank Kameny Way” in his honor. Kameny died at the age of 86 a year later. “Thank you, Frank Kameny, for bravely paving the path for decades of change!” Google stated in a Doodle released at the start of Pride Month.

Frank Kameny was welcomed to this beautiful world in New York City by Ashkenazi Jewish parents. He graduated from Richmond Hill High School in 1941. Kameny began studying physics at Queens College, City University of New York, when he was 16 years old and told his parents he was an atheist when he was 17 years old. He was recruited into the US Army before completing his studies. Frank was a member of the Army in Europe during World War II and afterward served on the Selective Service Board for 20 years.

He returned to Queens College after leaving the army and earned a BSc in physics in 1948. The following year, Kameny attended Harvard University as a teaching fellow, where he refused to sign a loyalty oath without qualifiers and displayed skepticism toward conventional orthodoxies. He earned a master’s degree in astronomy in 1949 and a doctorate in astronomy in 1956. Cecilia Payne-Gaposchkin supervised his doctoral thesis, which was titled A Photoelectric Study of Some RV Tauri and Yellow Semiregular Variables.

In his final years, Kameny battled heart disease but kept a busy schedule of public appearances, the last of which was a speech to an LGBT group in Washington, DC, on September 30, 2011. On October 11, 2011, Kameny was confirmed deceased in his Washington residence (National Coming Out Day). Natural causes of death owing to arteriosclerotic cardiovascular disease were determined by the medical examiner.