Who Was Demi Lovato Dating Back in ‘Camp Rock’ Era?

With the hype of the current Demi Lovato Documentary series on YouTube Originals called ‘Dancing with the Devil’, many people are growing curious about this veteran singer who starred in Disney’s ‘Camp Rock’ years ago. With that regard, her interesting and golden past life as a Disney teen star resurface from the mass media consumption.

After all, that’s where she started her career. And many people will always remember Demi Lovato as a talented cheeky schoolgirl with an incredible talent to showcase. The singer is 28 years old now, and her past is still as fresh as today to reminisce. One of her most famous moments was her ‘Camp Rock’ era in 2010.

What ‘Camp Rock’ was about?

All shows produced by the Disney Channel are indeed entertainment in themselves. ‘Camp Rock’ aired on Disney Channel in June 2008 and remained one of the network’s most-watched original movies of all time.

The film starred the teenage Demi Lovato as a character named Mitchie Torres. The story sets in a fictional summer camp in the US. Other than Mitchie, It also starred Joe Jonas as Shane Gray, a pop star and her love interest. Joe Jonas played the role.

To this date, “Camp Rock” ranks as the third Disney Channel original movie with most viewers. The success of “Camp Rock” also made Disney decided to make a sequel for this movie in 2010 with the title “Camp Rock 2: The Final Jam.”

One of the highlights of the ‘Camp Rock’ era, however, was not only the film itself but also the relationship between Demi Lovato and Joe Jonas.

Also read: Demi Lovato and Her Newest Documentary – All Facts We Know

The chronicle of their relationship

Demi first began dating her ‘Camp Rock’ co-star Joe Jonas way back in 2010. They first met after an occasion for another Disney film in 2007. The couple was seen hanging out together on several occasions since then. But their relationship was blurry until Demi decided to confirm their relationship on the verge of 2010.

At first, Lovato said that their relationship was fully platonic. She said that Joe is her best friend and he was incredible. In the same year, the couple made an appearance on the front cover of ‘Teen Vogue’ magazine together in June, but two days after the issue came out, they split, according to sources.

Joe’s love affair with Demi Lovato may be one of the relationships that shone in the public spotlight. Initially, joe only thought of Demi as a younger brother, because they knew each other since they were little. In fact, the two of them competed acting in the Disney series that was popular at that time, namely ‘Camp Rock’.

Destiny also brings them to become real lovers in the real world. Fans are certainly very happy to see their idol really have an affair. Unfortunately, their relationship only lasted a few months. However, the relationship between the two is still going well now. In fact, Joe always accompanies Demi through difficult times in her life.

They appeared years later in a concert. 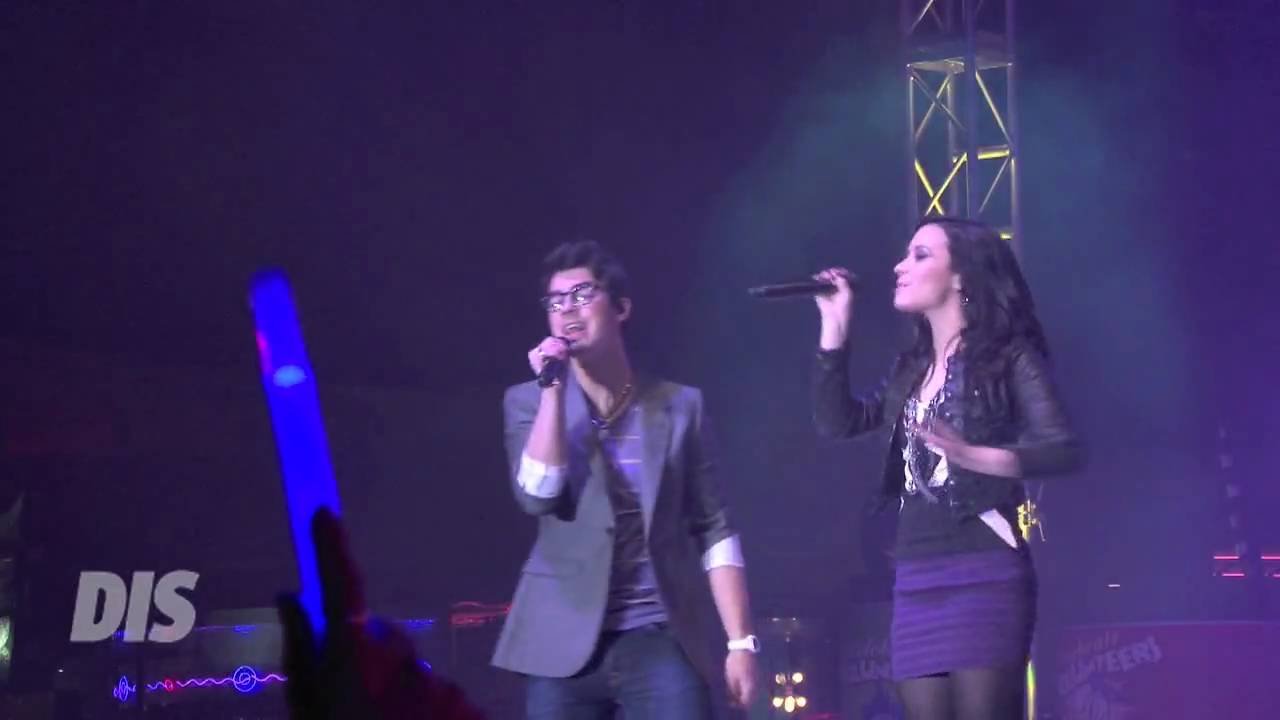 Fortunately, the duo remains such a good acquaintance in the industry to this very day. Moreover, fans of Disney are still rejoicing the film “Camp Rock” starring Demi Lovato and the Jonas Brothers as it was part of a large part of people growing up.

In July 2016, the film’s actors appeared back together in a concert by singing their signature songs ‘This is Me’ and ‘Gotta Find You’.

The former couple, both in real-life and in the film, returned to duet together at Nick Jonas’ concert tour some time ago. The audience who attended felt nostalgic about one of the best Disney shows in 2008. They sang together to enliven the atmosphere with guitar accompaniment from Nick Jonas.

After the concert, Joe Jonas uploaded a photo to his personal Instagram. In the photo, Demi and Joe embrace the stage. And, of course, the fans went nuts after this.

Shortly after Joe uploaded the photo, Demi also commented on it with a sweet sentence, “Love you”, she wrote without any hesitance.

They are now good friends. 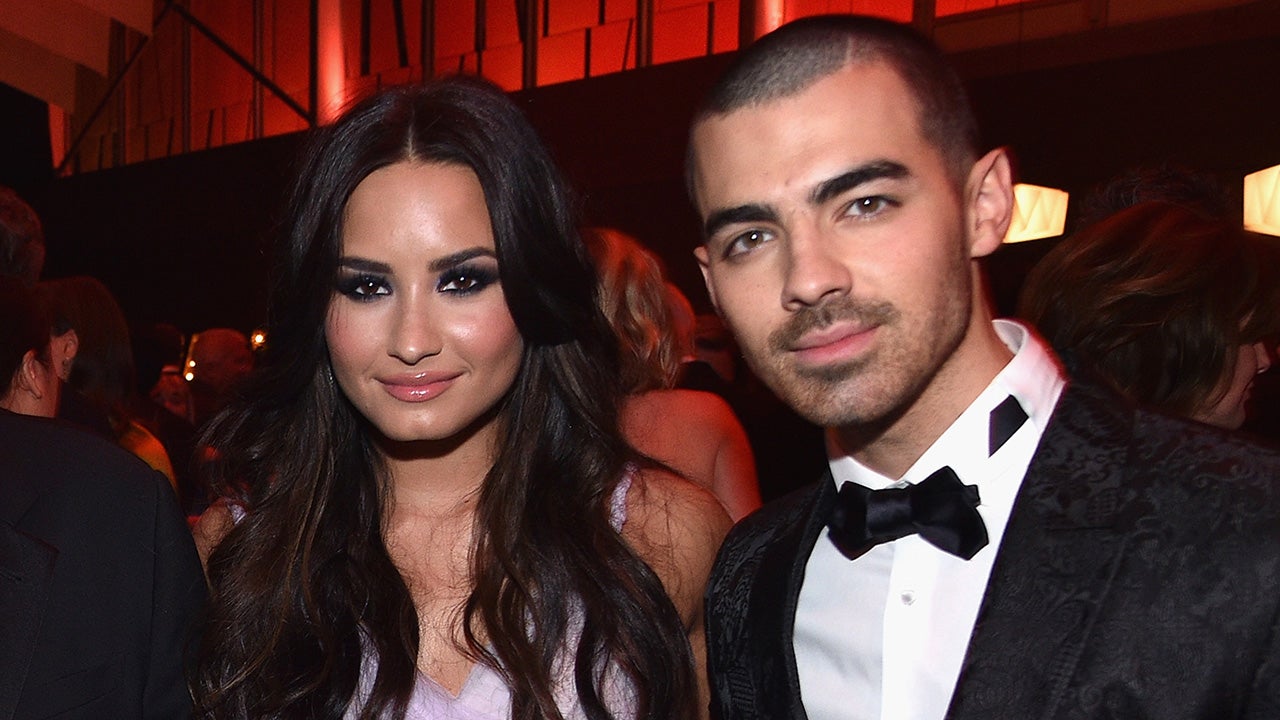 As Demi and Joe know, they had a relationship in 2010 until now. The singer, who was born 31 years ago, said he was still very close to the singer of Heart Attack.

Joe Jonas is still saying nice things about Demi even years after the breakup. He said how Demi is like a part of his family and recollects how great she is. Furthermore, Joe clarified that he does not see Demi as his ex, but rather a really good friend who had gone through many exciting and life-altering experiences together.

Also read: Facts About Tom Holland That You Didn’t Know.

Beyond Evil Episode 13: Preview and Recap

Who is Bailee Madison Dating?

Who is Bailee Madison Dating?

Let's discuss what is Cody Simpson's Networth. Moreover, about his relationships, girlfriends, and lifestyle. Соdy Rоbert Simрsоn is аn Аustrаliаn...

‘Now, We Are Breaking Up’ Episode 4: Release Date & Spoilers

How Many Jutsus Does Kakashi Know? Kakashi’s Jutsu Ranked by Power