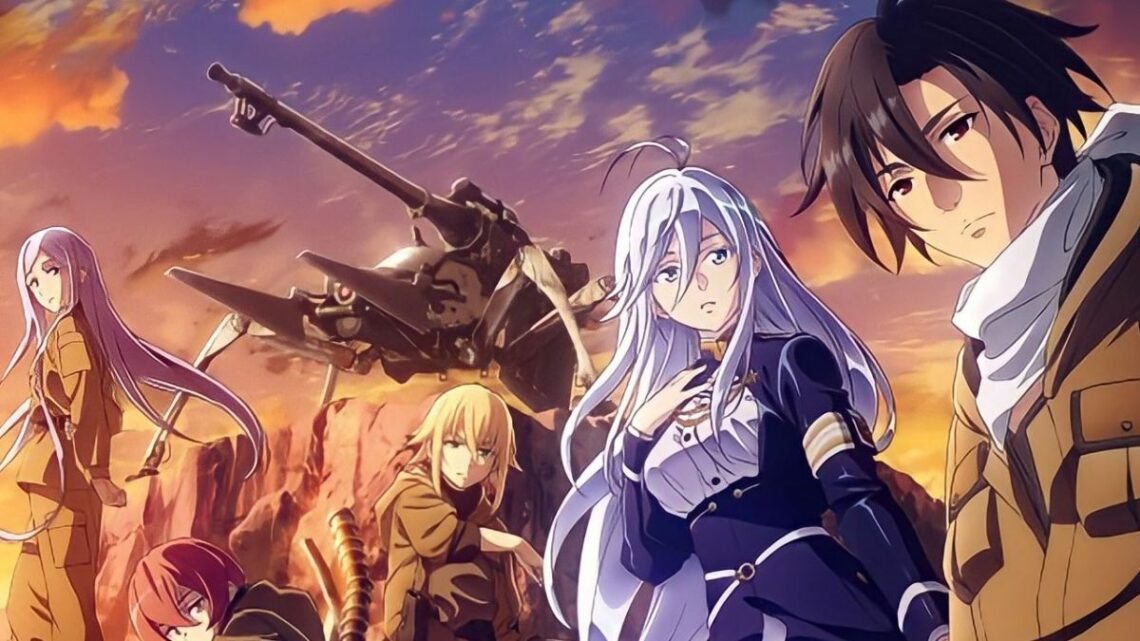 86 Eighty-Six Season 2 is all set to return this year. After a few delays in Season 2 episodes, fans witnessed the final two episodes of 86 – Eighty-Six Season 2 being delayed for months. Since the release of the anime, it has remained on the top and undoubtedly deserved all this fame. Just in time, when some interesting events were taking place in the series, creators decided to get the upcoming episodes delayed. Of course, they had their reasons, but this made the fans very impatient. But now, as time has passed, we are inching closer to the release of 86 Eighty-Six Season 2 Episode 11.

Even though the release date has been announced, you have to wait some time until the episode is available to stream. 86 Eighty-Six is a Japanese light novel series that belongs to Mecha, science fiction, and romance genre. The novel was written by Asato Asato and illustrated by Shirabii. The work was published by ASCII Media Works and was out on 10th February 2017. Till now, the novel has been collected into 11 tankobon volumes, and as the novel is still ongoing, you will get to see more volumes released. A manga adaptation of the light novel was released on 16th February 2018 and was published by Square Enix.

After the fame that both light novels and manga have received, the creators decided to release as an anime adaptation of the series. It dropped out on 11th April 2021 as the series is still ongoing. The Season 1 of 86 Eighty-six was concluded on 27th June 2021, and it got renewed with a season 2 on 3rd October 2021. The plot of the anime series is set in The Republic of Magnolia, which has been in a war with the Empire of Giad for nine years. As both the states have been in a condition of war for such a long time, The Republic of Magnolia was the one who faced the most devastation. The reason being The Empire uses an army of mechanized robots against the human army of The Republic. In order to widen its chances of winning, The Republic established its own autonomous war unit called Juggernauts.

Now the juggernauts are used in fights which make it look like a mechanical war on the surface, but actually, these juggernauts are handled by pilots. These pilots are called Handlers and belong to the Colorata minority of San Magnolia, which they call “86”. Even though the minority had equal rights, they were scapegoated by the dominant Alba community of the San Magnolia. Now they are forced to drive the juggernauts to fight against the army of The Empire and die in the midst of the war. The protagonist of the series Major Vladilena “Lena” Milize, is an Alba noble military officer in the army of San Magnolia. She is an outspoken person who is standing against the mistreatment of the Colorata minority of the nation.

Before we get to stream 86 Eighty-Six Season 2 Episode 11, we must rewind our memories and look behind in the previous episode. Episode 10 of 86 EIGHTY-SIX Season 2 dropped out on 26th December 2021. The episode was titled “All That’s Left”. The episode began with Shin and his friends continuing their pursuit of Morpho. Meanwhile, Anju, Theo, and Kurena decided to stay behind in order to delay the Legion and provide long-range support. While doing this, Raiden gets injured due to his attempt to protect Frederica. Then, Shin ordered Frederica to stay with Fido while he went ahead to confront Kiriya.

Now Shin and Kiriya are in a one-to-one battle, and after some series of events took place, Shin shot Kiriya in point-blank range as Kiriya was distracted by Frederica. Frederica got a vision of Kiriya entrusting her to Shin as he got escorted to the afterlife and died. As Kiriya died, Morpho’s self-destruct sequence began as it exploded while both Shin and Frederica were still in range.

86 EIGHTY-SIX Season 2 Episode 11 will be released on 13 March 2022. The last episode ended with an ultimate cliffhanger which was too much for viewers to handle. It ended with Shin and Frederica getting caught in the blast of Morpho. Now as the new episode will be out, you will get to know whether they were able to survive the blast or not.

86 EIGHTY-SIX Season 2 Episode 11 is available to watch on Crunchyroll and Netflix. This episode will decide the life and death of both Shin and Frederica. The episode is titled “Shin”.