Vincent Tabak is the killer of Joanna Yeates who is still serving life imprisonment since 2011. 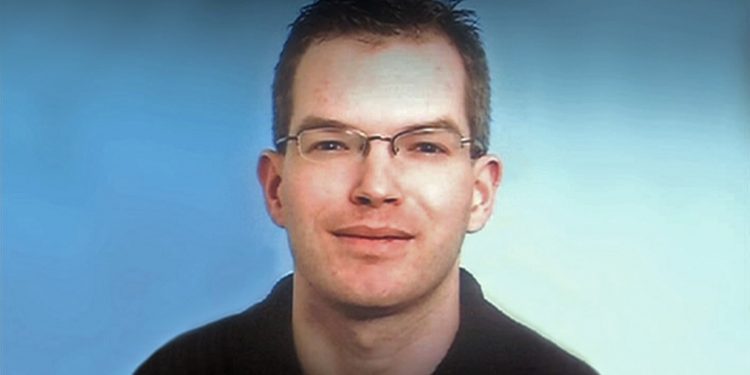 Vincent Tabak is currently serving imprisonment for killing his neighbor, Joanna Yeates, towards the end of the year in 2010. So, who is Vincent Tabak’s Girlfriend now? Is he dating anyone now or not? Vincent is the perfect classic example of a killer mind harboring inside the quiet person’s life. Who knows what would have happened if the police had not caught him or received any tip from an anonymous person? Furthermore, he charged all his blames on an innocent man without any remorse.

Tabak continued to stay with his then-girlfriend and was enjoying his life even after killing a person. He got caught almost one month after Joanna turned out to be missing. Police found her dead after a few days when her then-partner filed a missing complaint. No one even thought that he was a killer hiding behind an innocent mask. He did not even accept his charges initially upon his arrest but confessed after police questioned him for several hours.

Who is Vincent Tabak’s Girlfriend?

Vincent Tabak does not have a girlfriend currently as he is in jail and serving imprisonment after the court found him murdering Joanna Yeates in 2011. The court sentenced him to imprisonment for life with twenty years of the minimum term for murder and ten months for indecent images. However, he did have a girlfriend at the time of his arrest. Vincent was dating Tanja Elisabeth Morson at the time of his arrest. She was a Dyson Ltd.’s Wiltshire firm’s treasure analyst at that time. But, it is not known as to what she is doing now or regarding her whereabouts. Tanja was two years younger than Vincent and had Canadian-Dutch ancestry.

Tabak Met His Girlfriend in an Online Dating Site

Vincent Tabak never had a stable girlfriend or serious relationship until Tanja appeared in his life in 2008. He was a very introspective and quiet man, unlike his girlfriend was very fun-loving and sociable. It could be this thing that both of them clicked off and came into a serious relationship after getting to know each other through an online dating site. Vincent met his soul partner after getting a subscription to Soulmates which was a dating site of The Guardian. But, Soulmates’ site of The Guardian closed down in May 2020.

Vincent Changed After Meeting His Girlfriend

Vincent was a rather introverted person who lived quietly without much socializing. However, he changed drastically after meeting his girlfriend, Tanja, in 2008. His friends said how he began going out more and attending social events together. It was like he was gradually coming out of his shell. In 2009, they also moved together to a flat of two ground floors at Clifton’s 44 Canynge Road in Bristol. Erik Blokhuis, one of his good friends, said that Vincent took his girlfriend to meet him at Eindhoven. Their first meeting left a good impression of his girlfriend on him. He also believed that they could end getting married as they looked very happy together.

Vincent Tabak initially denied all the accusations and tried to place the blame on an innocent person after murdering Joanna Yeates. She went missing on December 17, 2010, and the police declared her murder on December 28, 2010. Vincent got arrested for the murder on January 20, 2011, after an anonymous female caller tipped off the police. He also admitted that he killed Joanna after the police questioned him for it. It is not known clearly why he killed her, but police found him obtaining several pornographic videos that are violent.

Vincent Tabak’s Girlfriend Left Him After His Imprisonment

It is not known what is Vincent’s ex-girlfriend doing now or where she is. Vincent’s partner supported him at the beginning of his arrest, thinking that her boyfriend was falsely accused and could not be a murderer. However, she soon gave in to the pressure from the police and did not support him. It could be because she no longer trusted him after hearing all about him calling prostitutes, being violent, pornographic videos, or his secret confession to the chaplain that Vincent wanted to keep away from his girlfriend. Soon, she left him and moved on in her life with no more contact between them.