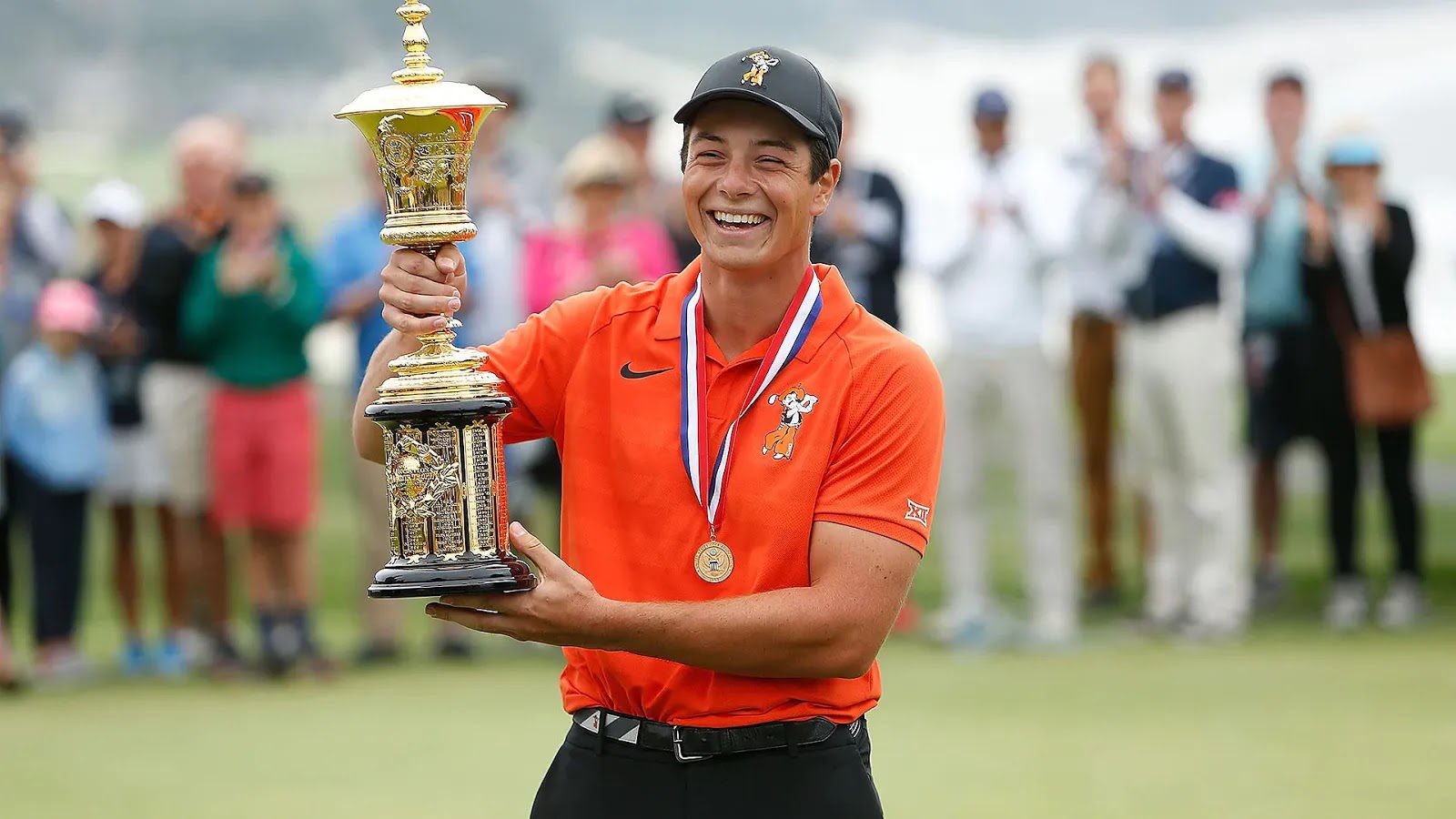 Do you know who Viktor Hovland is? Norwegian professional golfer Viktor Hovland has made a name for himself in the past few years. Hovland also became the first Norwegian to win on the PGA Tour by winning the Puerto Rico Open back in 2020.  Believe it or not, Hovland is the first player to teach himself golf online that also in a second language! Even his coach was surprised to see such sportsmanship on Hovland’s part. This young star is taking the golfing field by storm, and fans are curious to know all this rising star in the making.

Not to forget, he has earned the title of the first Norwegian to win on the European Tour by winning the BMW International Open this year. The popular golfer has earlier set a PGA Tour record for most consecutive rounds in the 60s, with 19 lasting into the second round of the CJ Cup in South Korea. Hovland has displayed impressive sportsmanship at the US Open as well. Let us take a look at all the details regarding Who Is Viktor Hovland.

Who Is Viktor Hovland: All About The Pro Golfer

The professional golfer has been making headlines, thanks to his impressive performance, and now fans are curious about him! Several people have wanted to know more about the rising star. Viktor Hovland, however, seems to be notoriously discreet about his whereabouts. The golfer also maintains a low profile on his social media as well. 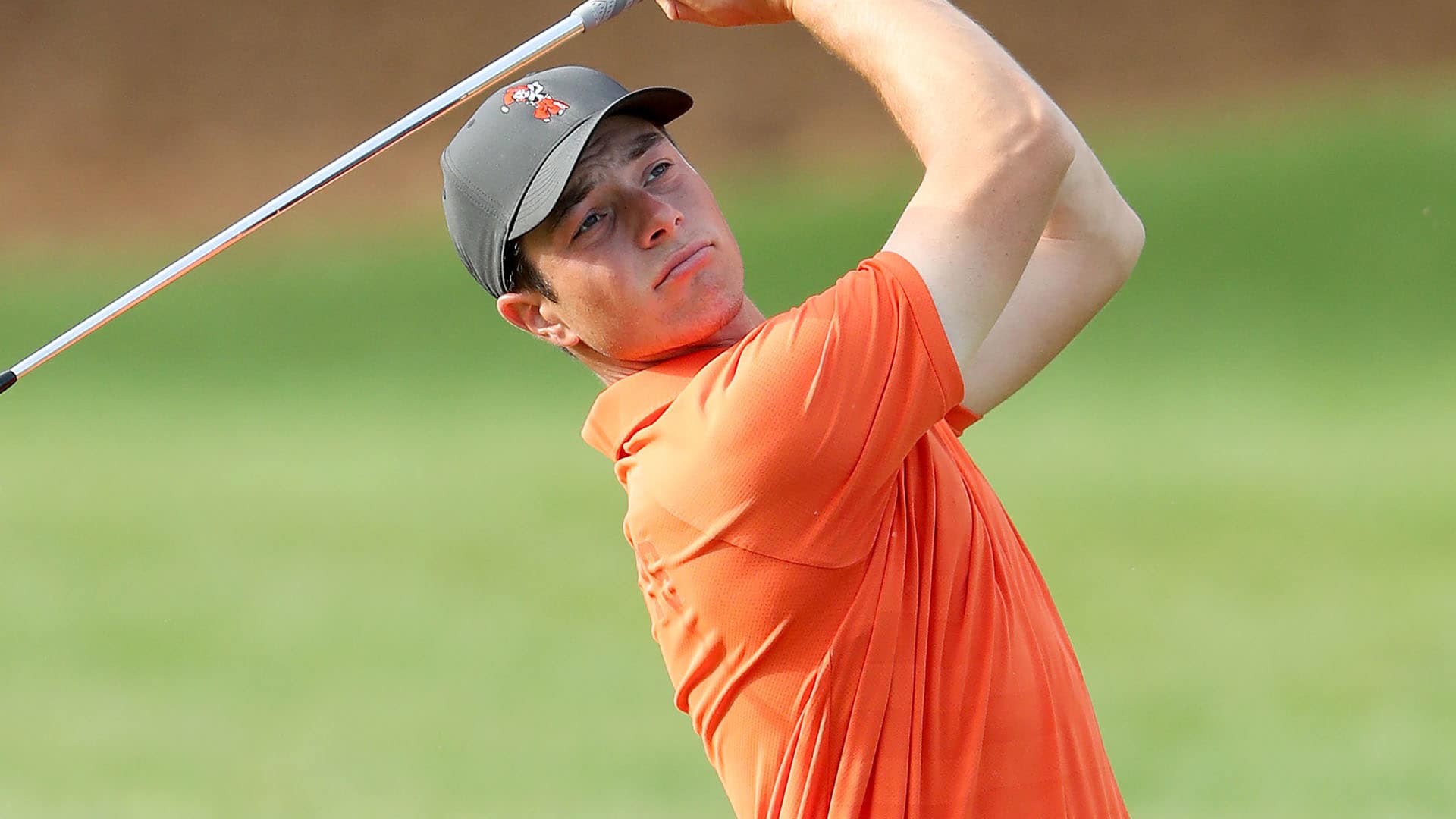 Any details regarding his personal life are pretty much in wraps, and the golfer is not quite keen not letting people know about his current relationship status, it seems! The 24-year-old golfer is single as of yet. The young golfer recently attended a Gala Dinner and was looking dapper in a stylish suit as he was accompanied by all his other teammates. The golf player suffered from an eye injury earlier in June and has recovered since then.

Also, read Collin Morikawa: Who Is He Dating In 2021? A Look Into The Golf Prodigy’s Love Life

Viktor Hovland Was All Smiles At The Ryder Cup Gala!

It was a starry affair as Hovland, and his eleven other teammates attended a Gala Dinner at The American Club in Wisconsin. The golfers were all were looking dapper while dressed to impress and posed for a couple of photos. Viktor Hovland did not have a partner with him at the event, but he seems like he was not alone on the blue carpet after all! Have a little sneak peek as the golfing genius takes a magical shot.

The Norwegian pro was all smiles and giggles as he posed for pictures with a teammate, Sergio Garcia’s wife, Angela Akins, and vice-captain Henrik Stenson’s wife, Emma Lofgren! The trio made it look all the more fun as they stood on each side of Hovland while pretending to kiss the 24-year-old on the cheek. The young golfer looked the happiest as he gladly posed with the beautiful ladies! It seems like the rising star is going to be a heartthrob soon with his infectious smile!

Viktor Hovland Opens Up About His Success, Golfing, And More.

While talking in an exclusive interview, Hovland stated how he started young getting into the golf swing, and he feels like he has a pretty good understanding of what is going on and how it relates to what is he doing when he hit a ball. His meticulous sportsmanship made him an automatic qualifier for the European Ryder Cup team. Not to forget the fact that the 2020 event was delayed until 2021 was a major stroke of luck for the young Golf star who is stepping the ladder of success with each passing year! 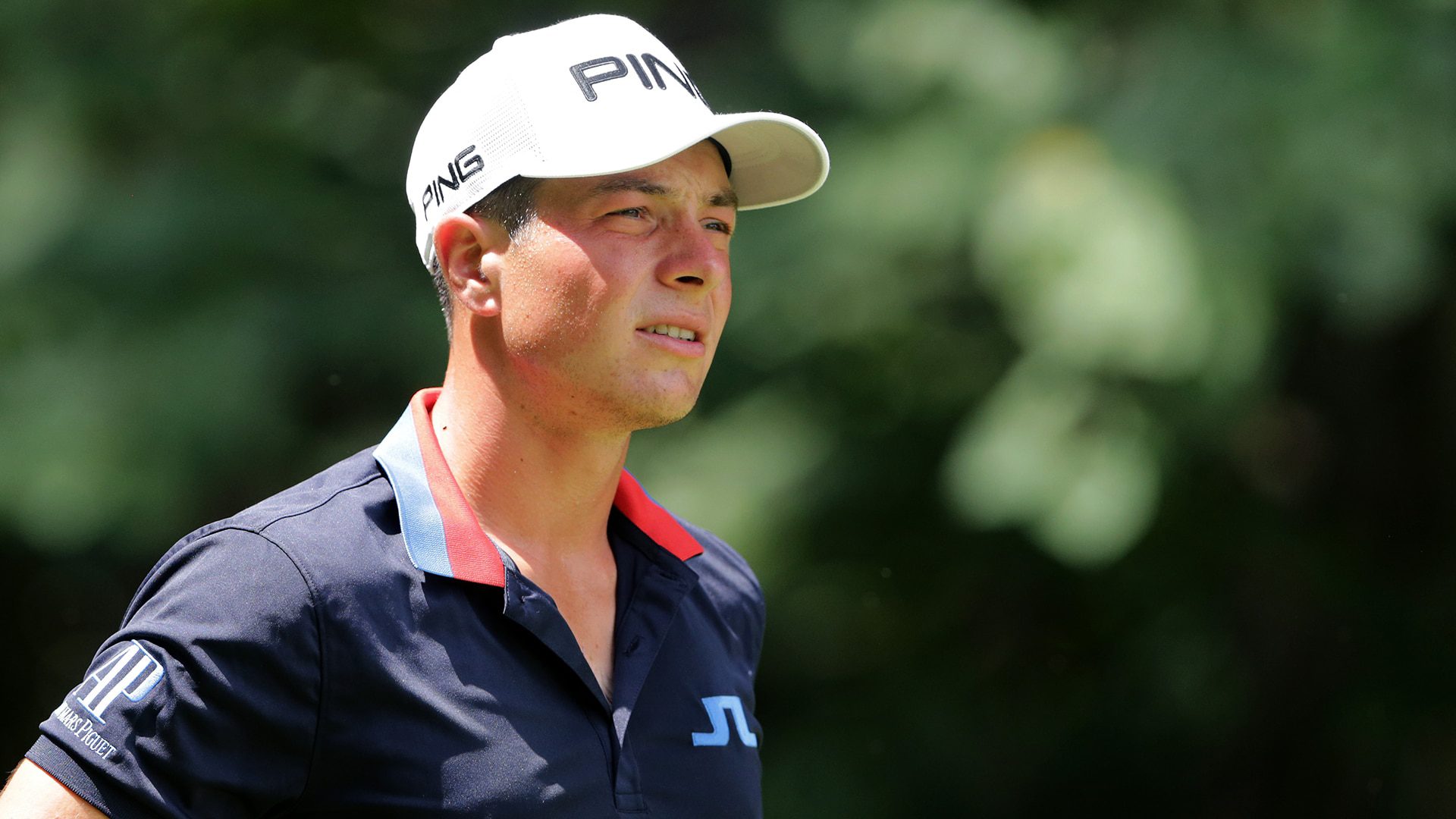 While talking about his credibility as a golfer, coach Jim McGowan revealed that Viktor had spent a lot of time studying swings and was constantly watching videos of other players. The coach went on to say that Viktor virtually knew more than he did as a coach! The coach was quite impressed by Viktor’s skills, and the fact that he learned it from watching videos online is commendable.