Who Is Vanessa Kirby Dating? Everything To Know About Her Personal Life 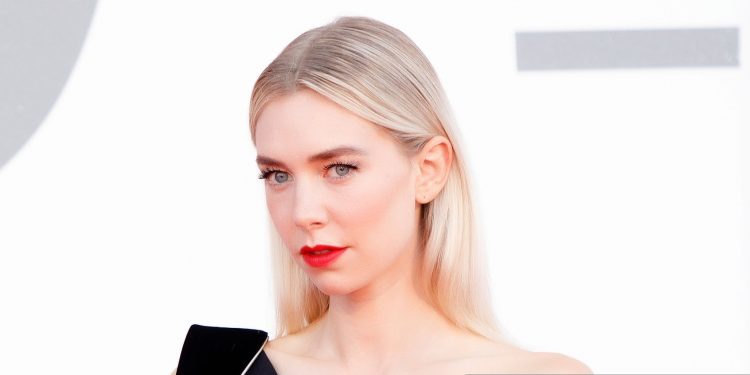 Vanessa Kirby is a well-known English theater, television, and film actress. Her popularity had raised the curiosity of her fans to learn more about her personal life. Who is Vanessa Kirby dating, and who had she dated early? Well, Vanessa Kirby was born in London. Kirby was first noticed by theater director David Thacker at the age of 21, and she then later appeared with him in a number of plays at Octagon Theatre Bolton. Her role in the production of the hit All My Sons made her a rising star early in her career, slowly moving from stage to screen and making her television and film debut in the early 2010s. Her early hits included the miniseries “Great Expectations” and the comedy hit “About Time.”

Vanessa then continued to star in supporting roles in television series and films before landing a recurring role in The Frankenstein Chronicles. Vanessa’s achievements continue to receive praise from many parties. Her breakthrough came when she was chosen as Princess Margaret in the popular series The Crown. She played the character for two seasons, and her performance earned her a BAFTA award and several nominations. Vanessa also won the BIZA Rising Star Award for her role as Ann Deever in All My Sons. The role catapulted her to fame. Since then, Vanessa has appeared in various roles both on stage and on the big screen. Also, her most successful appearances include roles in Mission: Impossible – Fallout, Fast & Furious Presents: Hobbs & Shaw, and Mr. Jones.

Who Is Vanessa Kirby Dating?

Vanessa Kirby is currently single and is not dating anyone at the moment. However, previously, she was involved in a relationship with Callum Turner. Callum is a British actor and model. The two started a relationship in the year 2015. The couple loved each other very passionately. After four years of affairs, the couple had differences. And, the former couple began to address the breakup tittle-tattle by February 2020.

Also, the news of the couple’s breakup also came out in February 2020. Vanessa Kirby always tries to keep the details of her private life safe from media prying eyes. She managed to hide her long-standing relationship with Emma star Callum Turner. On the bright side, Kirby and Turner parted amicably rather than engage in unpleasant public feuds. Currently, the actress seems to be single and is dedicating all her time and energy to her upcoming projects.

Also Read: Who is Becky Hammon’s Partner? Who Is The Athlete Dating?

Vanessa Kirby also had a serious relationship with Christian Cooke, a British actor, for three years, but they separated when she began filming the BBC adaptation of “Great Expectations.” This happened in the early stage of her acting career, while Kirby was still establishing herself as a versatile actress, and her thoughts wandered a bit. Along with the iconic role of Estella, Vanessa started dating her co-actor Douglas Booth in the year 2011, shortly after she split from Cooke.

Things got weird when Booth and Cook had to share the screen for Julian Fellows’ adaptation of Romeo and Juliet. Although resigned to the uncomfortable situation, Kirby and Booth’s love ended within a few years, and they ended their relationship in 2013. It was reported that she was also involved in an affair with Tom Cruise after they were seen how they shared the screen in the film Mission Impossible. However, she denied the rumors, saying the paparazzi were behind them.

Although not a lesbian, Kirby played the role of a lesbian in the 19th-century romantic film The World to Come. Based on the Jim Shepard story of the same name, this film follows the lives of the wives of two farmers who find solace in each other’s company after being surrounded by the loneliness of their neglected husbands. They soon fall deeply and secretly in love, even though they have nothing to guide their newfound love. Kirby, who was interested in descriptions of working-class, LGBTQ persons in the nineteenth century, impressed spectators with her performance to the point where many speculated she might be gay. Unfortunately, this is not true. Those who are interested in this film can watch it on Hulu.

Vanessa Kirby was welcomed to this world on April 18, 1988, in Wimbledon, London. Her father was a renowned urologist named Roger Kirby, whereas her mother was a former magazine editor. She studied at Lady Eleanor Holles School in Hampton and decided to pursue a career in theater at Bristol Old Vic Theater School. However, she was turned down. Vanessa decided to take a year off before finally continuing her English studies at the University of Exeter. In the year 2009, she was offered a seat at the prestigious London Academy of Music and Dramatic Arts but turned it down after being offered a number of roles by David Tucker at Octagon Theatre Bolton. And, this was the start of her acting career on the stage.

How Many Episodes will Sabikui Bisco have?

Bluey Season 3: When Will it Premiere in USA?