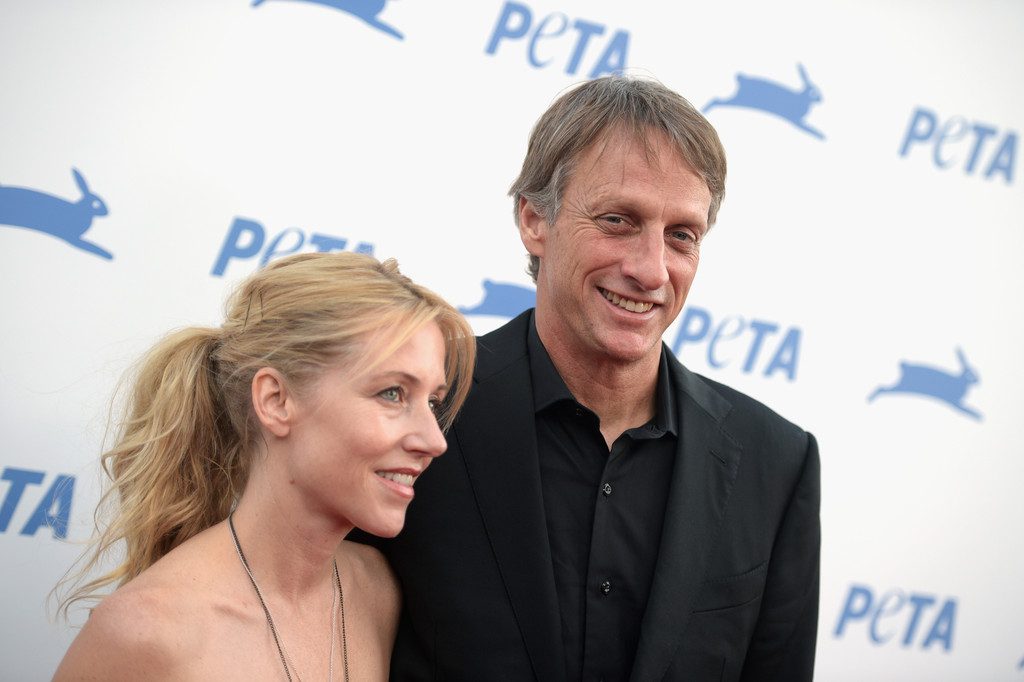 What is the net worth of Cathy Goodman? Cathy is the fourth wife of American professional skateboarder Anthony Frank Hawk a.k.a Tony Hawk. Cathy grew up in Detroit, United States, while Tony was born and brought up in San Diego, California. Born on May 12, 1968, Tony is an entrepreneur and owns the skateboard company Birdhouse. Known as a pioneer of modern vertical skateboarding, he has a licensed skateboarding video game named after him which was published by Activision in 1999.

Tony retired from professional competitions in 2003. His nickname is Birdman. He married his 4th wife, Cathy Goodman, on June 27, 2015, at Limerick in Ireland. Much has been talked about Tony marrying four times, but it seems Tony has found a fulfilling partner in Cathy Goodman. Tony has six children from previous marriages, and Cathy has two children from her previous marriage. Both have similar histories relating to skateboarding, and they have a unique parenting approach. Without further ado, let’s check out the net worth of Cathy Goodman.

What is Cathy Goodman’s Net Worth?

Catherine Goodman with Tony Hawk has a combined net worth of $140 million. This highlights the fact that Tony Hawk has considerable influence in the skateboarding world and has achieved numerous laurels in the Summer X Games. Extreme sports events are featured in the X Games. The X Games are held annually. Multinational sports media conglomerate ESPN broadcast the X Games.

Cathy is the daughter of Catherine Bennett Shook, and she was born on May 14, 1961. She herself used to skate in the ’80s. Goodman is now a theater and film producer. Along with her husband Tony, Cathy is said to be working on a Broadway musical named ‘Slam” with live skating. They plan to debut it when the conditions are right. 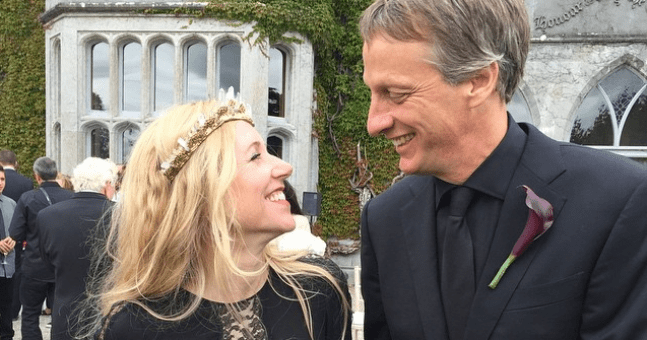 Cathy Goodman and Tony Hawk at their wedding in Ireland

Regarded as one of the most influential skateboarders of all time, Tony Hawk was the first skateboarder to land a “900”, a trick that involves the completion of two and a half mid-air revolutions on a skateboard. He achieved this on June 27, 1999, in his twelfth attempt. He has won 10 gold, three silver, and three bronze medals at the Summer X games between 1995 and 2003. 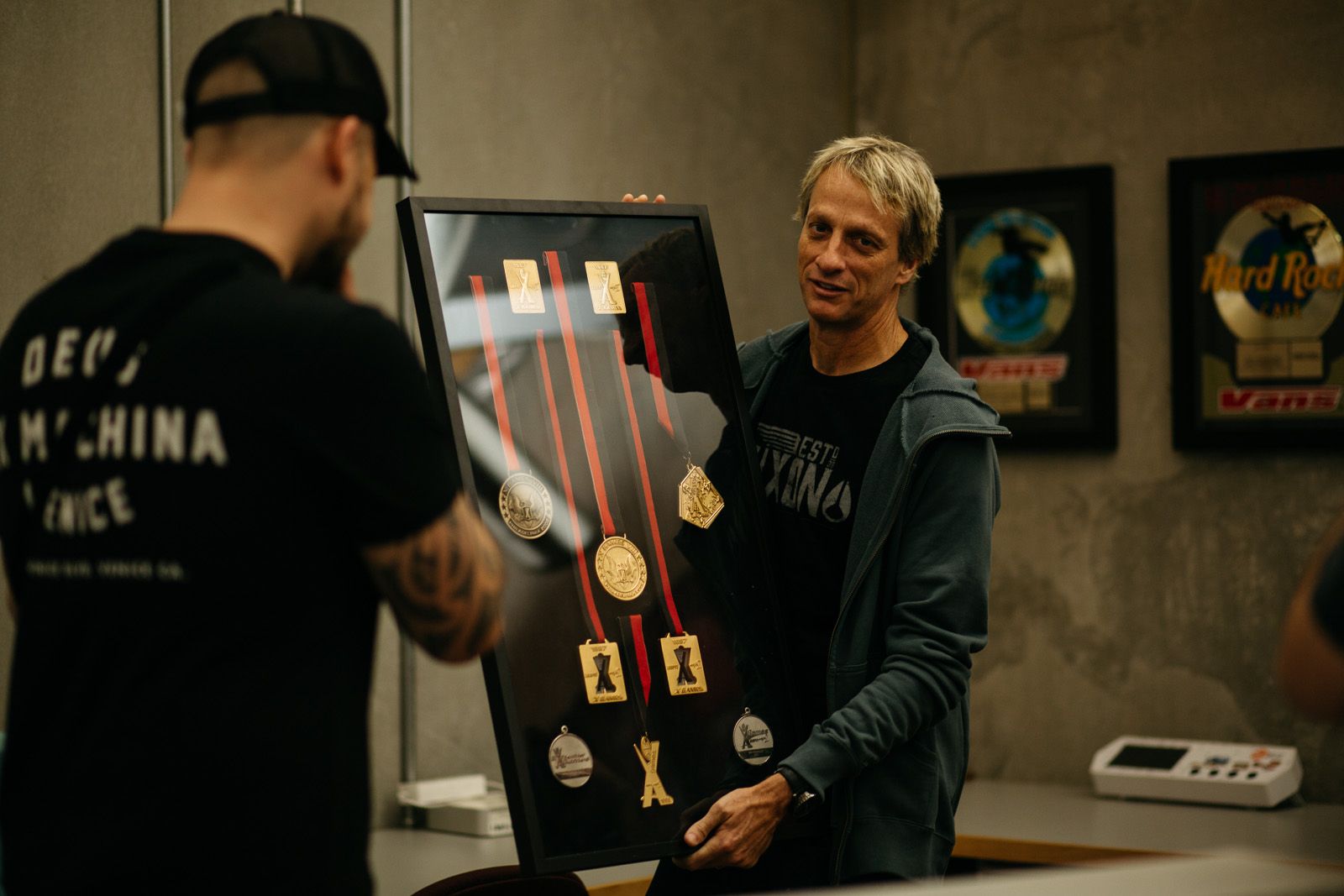 Tony Hawk with some of his medals

Hawk became a professional skateboarder at the young age of 14. He was officially the National Skateboard Association World Champion for 12 consecutive years! His philanthropic side has been throughout his career. He is the founder of the Tony Hawk Foundation, with the aim of building skateparks in underprivileged areas across the globe. Hawk has been incredibly supportive of bringing skateboarding to the Olympics. The sport of skateboarding made its debut at the Tokyo Olympics 2020. 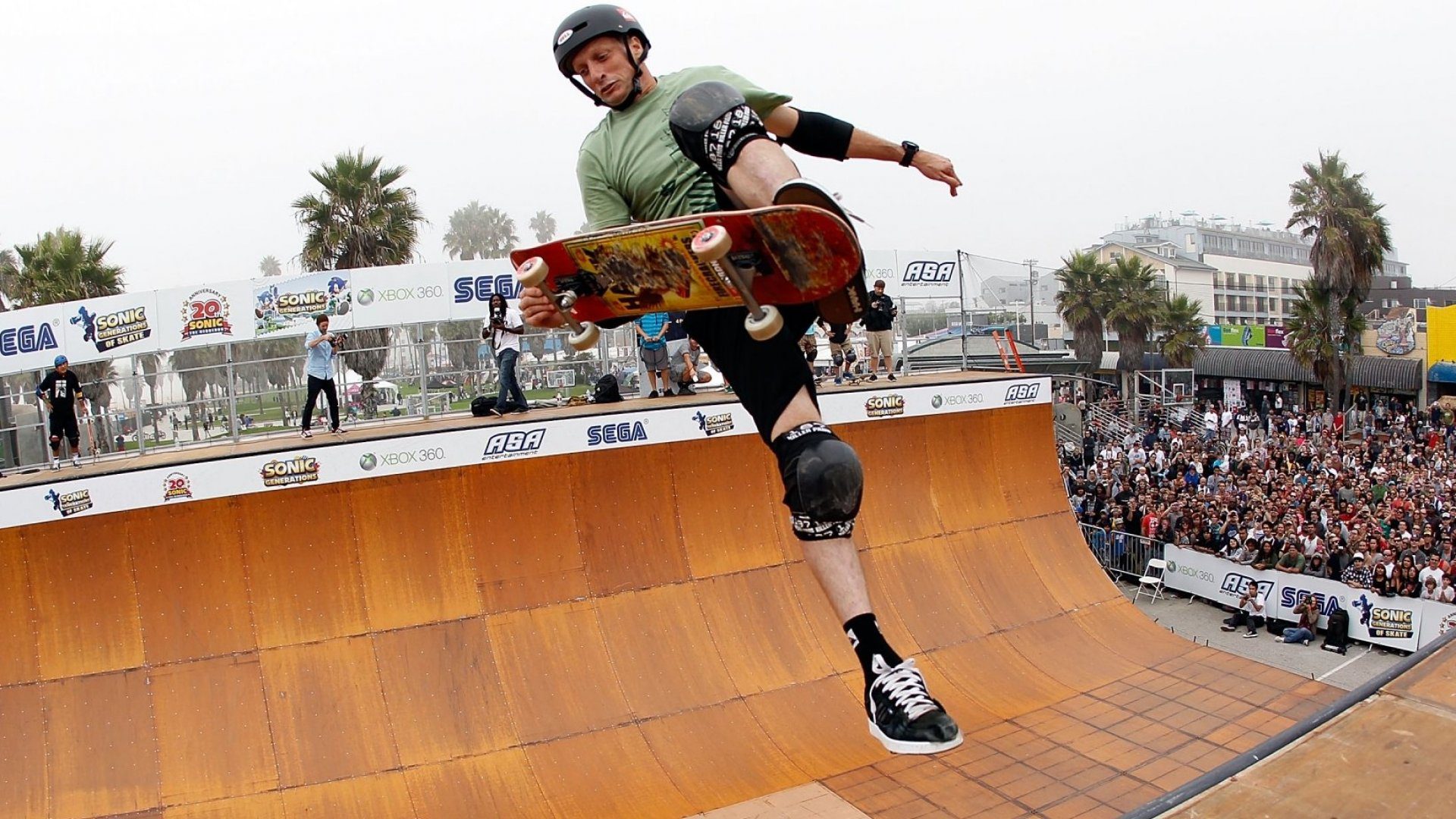 Story Of Hawk And Goodman

Cathy Goodman has married Tony Hawk, who is a close friend of her ex-husband, Matt Goodman. Tony and Cathy had started dating back in 2011. Matt and Cathy had been together for 20 years until 2010, when they separated. In an interview, Hawk had explained that they connected on a deep level with regards to their approaches in life. They have a loving relationship, and while they’ve been married for six years now, they don’t have any children of their own. Tony’s first wife was Cindy Dunbar, whom he married in 1990. Their marriage lasted till 1993. in 1996, he married Erin Lee, and later in 2004, they got separated. He revealed that his marriage with Erin ended due to his travel commitments. 2 years later, Hawk had a five-year run with actress Lhotse Merriam till 2011. Tony has six children now. Hudson Riley Hawk was his first child when has was married to Cindy. With Erin, he had two sons, Spencer and Keegan, who are now 21 and 20, respectively. With Lhotse, Tony had a daughter named Kadence Clover Hawk, who is now 12 years old.

Cathy’s ex-spouse Matt has said that he is fine with Tony marrying Cathy. When Hawk confessed about his relationship to him, Matt said that he had suspected something like that before Hawk told him about it. The actor and skateboarding legend have been close friends for over 30 years now. Goodman was a groomsman at all of Tony’s previous three weddings. That is all about Cathy Goodman and Tony Hawk.

Also Read: Emma Raducanu Net Worth: How Much Has The 18-Year-Old British Sensation Earned?