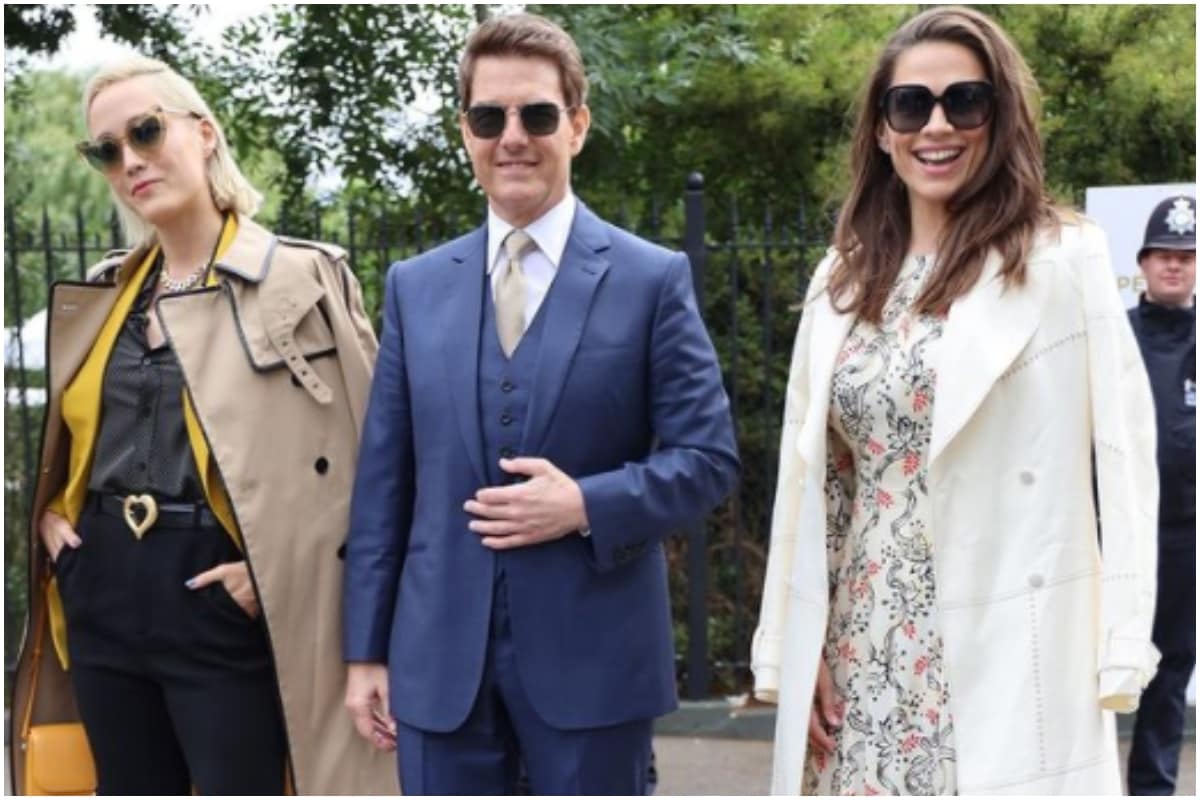 Here, we will see who  Is Tom Cruise With At Wimbledon. While leading star Tom Cruise is busy with his back-to-back movie productions, the popular action hero was recently spotted during the Wimbledon Championships Tennis Tournament Ladies Final Day at All England Lawn Tennis and Croquet Club. The actor soon becomes the center of attraction at the tournament and all eyes were on him! The actor is all set to star in the upcoming Mission Impossible movie while pandemic has led to a delay in the release date of the two back-to-back movies.

However, what made his appearance all the more special was the actor was not alone! He made his appearance with Mission Impossible season 7 co-star and alleged girlfriend Hayley Atwell. Many tabloids have been speculating that the two have been seeing each other in secret and this appearance might have given way to this rising speculations. Let us know all about who Is Tom Cruise With At Wimbledon.

Who Is Tom Cruise With At Wimbledon? 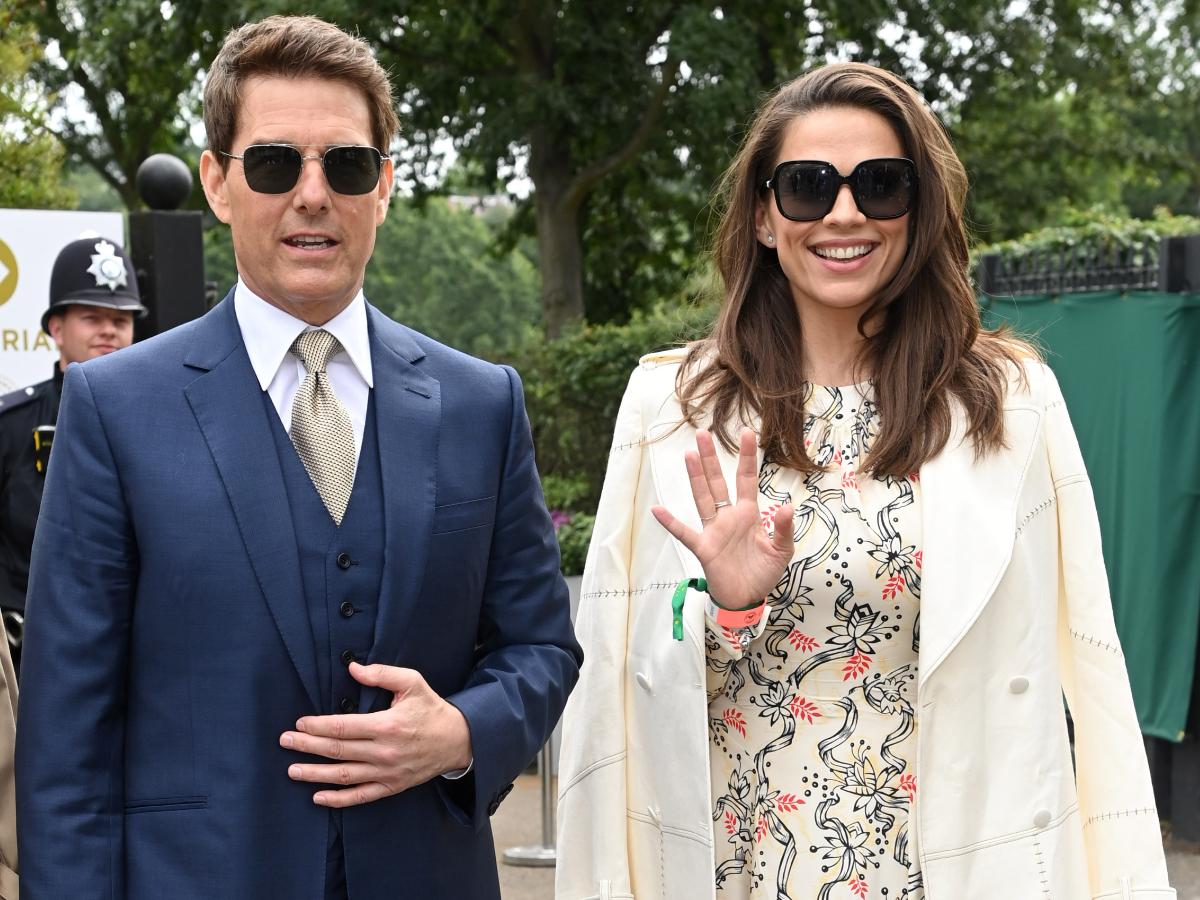 On the other hand co-star, Klementieff went for a black and yellow pantsuit and a black-buttoned trench over the shoulders. The two leading ladies grabbed eyeballs as they accompanied Cruise for the Tournament. The trip grabbed eyeballs as fans cheered for the stars as they increased the star value of the tournament. Hayley and Cruise were all smiling while the crowd cheered on.

Also, read Who Is Heather Watson Dating At The Moment? The Tennis Star On Her Current Relationship

The newest Wimbledon appearance might have given way to the rising dating rumors between Cruise and Atwell. According to reports, the two met on the sets of the homing Mission Impossible movie and instantly hit it off. Moreover, many have claimed that the two have come closer doing the production of the movie. Both the co-stars have not addressed these ongoing rumors as of yet. Moreover, the leading stars are busy as the seventh installment of the hit acting franchise is going to arrive after a prolonged delay. Tom Cruise is all set to star in yet another anticipated movie Top Gun Maverick. The movie is going to arrive soon after an unwanted delay.

#TopGunDay is a day created by and dedicated to the fans. I can't wait for you guys to see Top Gun: Maverick later this year. pic.twitter.com/ZczKHSpyUC

So much so that when Tom Cruise was furious on some of the cast members from breaking COVID- protocols, he was not so angry at Atwell!  On the other hand, some have denied any such speculations stating that nothing is going on between the two and they are just good friends. The two recently made their public appearance at the Wimbledon as well.

It seems like this year’s Wimbledon Championships Tennis Tournament Ladies Final Day was a starry event after all! Tom Cruise made his presence felt in the stands as all the eyes were on him. Some fans were not quite thrilled as many pointed out how the Mission Impossible star grabbed all the attention when the cameras zoomed in on him by standing up from his seat to cheer. Cruise was seen waving and bowing to the crowd. Many pointed out that the actor might have stolen the thunder as the main focus should have been on the players. 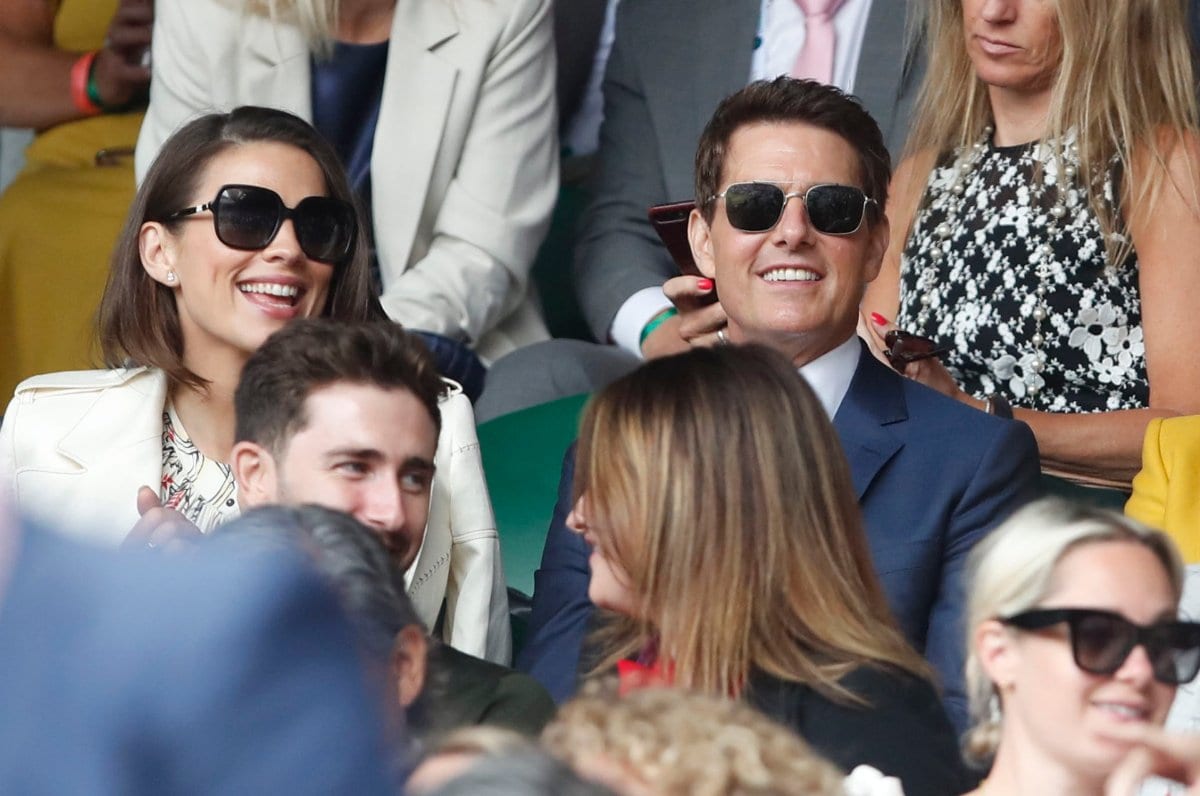 Not only fans but a few known public figures also pointed out how the cameras were quite fixated on the leading Hollywood star! Aboriginal activist Professor Megan Davis took a sarcastic dog at it and tweeted saying that it is surpassing that the official Wimbledon account noticed Ash won. It was a dig as everyone seemed to be obsessed with Tom Cruise. Many took to social media and even took a dig at the whole thing. Many even said that if only there was a sofa for the actor to jump on!