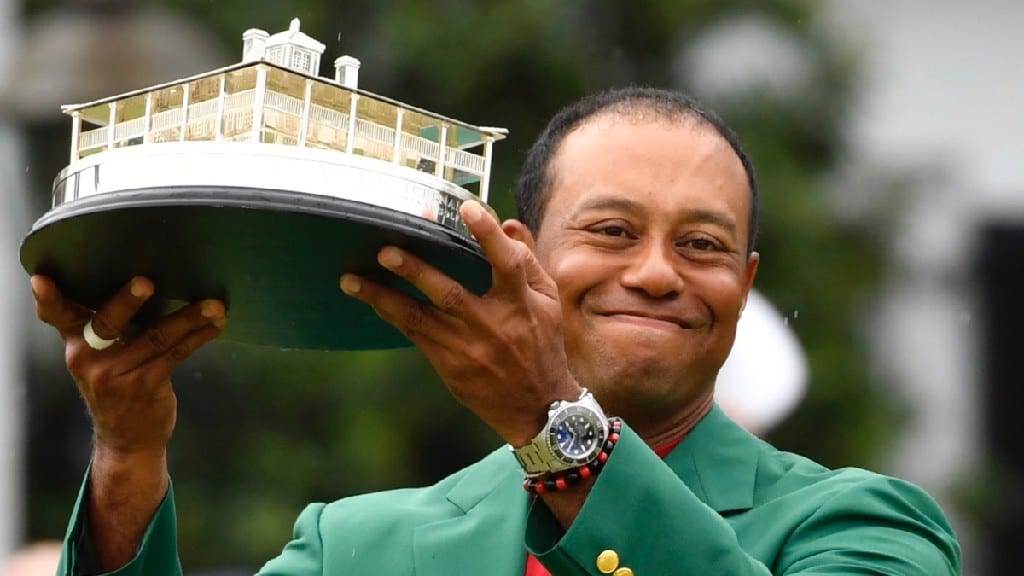 Tiger Woods is one of the biggest names in Professional Golf Today. He currently ties for most PGA Tour wins and second in men’s major championships. Apart from holding records, he has already been inducted into the World Golf Hall Of Fame. Thus marking his legendary status. Well, if we look at the life of Woods, it has been through ups and downs. Let it be professionally or personally. Because on the personal side, Woods managed to damage a great marriage in front of scandals. After all this mess, did he find love again? Let’s find out Who Is Tiger Woods Dating At The Moment.

As we said, Tiger Woods had a great marriage with Elin Nordgreen. But it won’t remain the same when not one, not two, and many women came forward claiming to have an affair with your husband. This saw the downfall of their relationship as well as Woods for a while. But since then, Woods has pretty much recovered and admits he might not come together with his ex-wife but find love in someone else. This led to a few flings here and there, but now it seems like he has found the one for a while.

Who Is Tiger Woods Dating?

Tiger Woods is dating Erica Herman for four years now. They met through work and began dating in 2017. Erica Herman was the manager of Tiger Woods’ pop-up restaurant and joined him at  President’s Cup in 2017. This soon gave hints about their dating, which has come so far now. Erica Woods hails from Sunshine State. She has been with her through all the ups and downs in his life. Tiger Woods won the 15th Major title at the 2019 Masters with her supporting him. Then also joined him on the 2017 President’s Cup and the 2018 Ryder Cup. 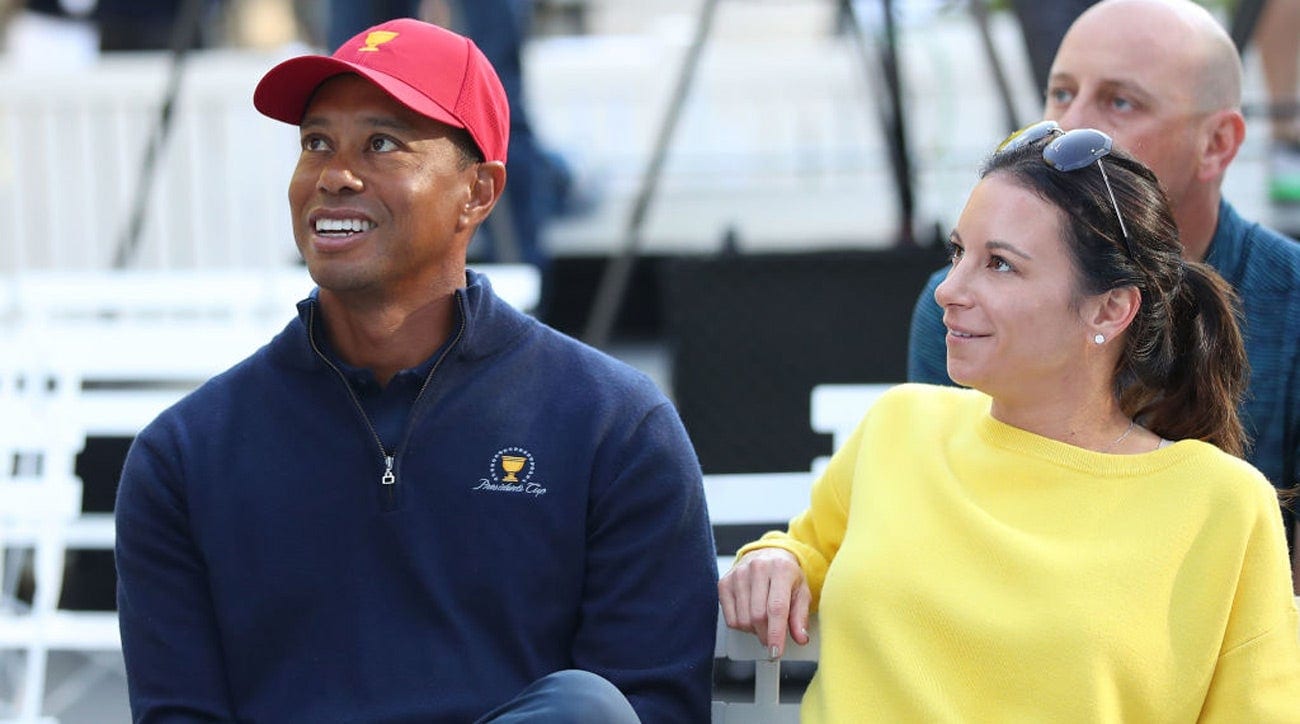 Apart from the great times, Erica also rushed to the hospital when Woods met with a rollover SUV crash on February 23 this year. Despite the 10 year age gap, the age never became a question. Even today, Erica stands tall right beside Woods and has a healthy relationship with his kids, ex-wife, and Woods’ mother as well. She joined the family at the PNC Tournament when Tiger Woods and his son Charlie played together as a duo. She also shares a close bond with Woods’ daughter Sam as well.

Also Read: Harris English Net Worth: How Much Does The Golfer Make?

Dating History and Past Relationships Of Tiger Woods

Before meeting Erica Herman, Tiger Woods had several flings and relationships that he went through. Thus leading him to the one he loves. First of which is Elin Nordegren, with whom he is still in touch as they share kids. Everything is cool, and she is always there to support their kids. Prior to the meeting, Elin Nordgren worked as a nanny and found herself romancing Woods. They soon engaged in 2003 and share Charlie and Sam together. Their relationship fell with many women coming forward claiming to have a sexual relationship with Woods in 2009 which led to a divorce. They share a friendly vibe as Elin wants her kids to be happy. 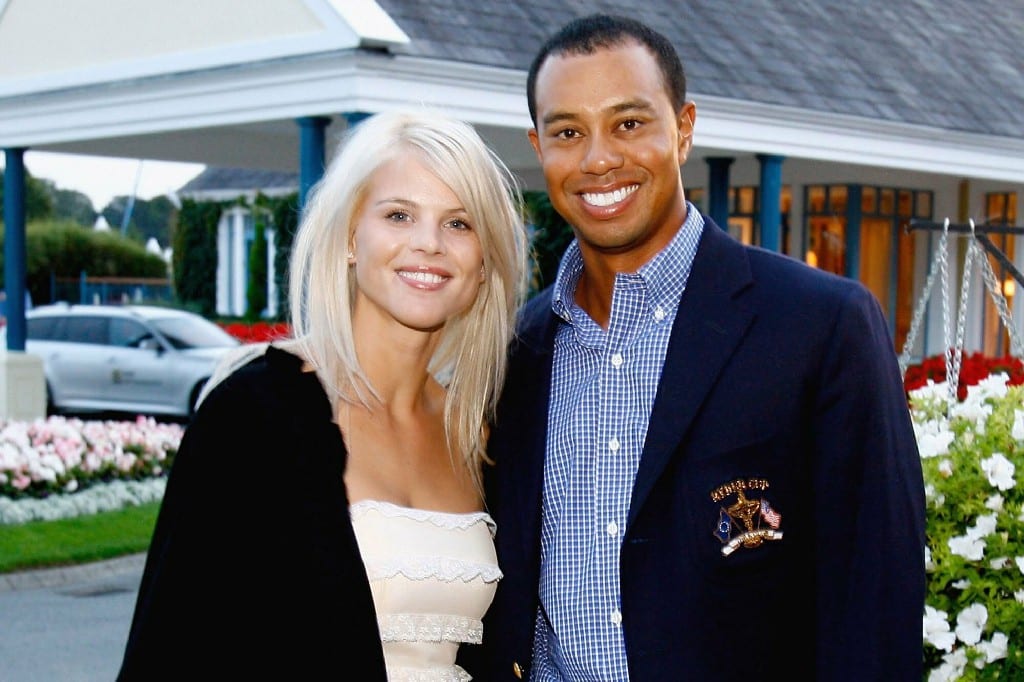 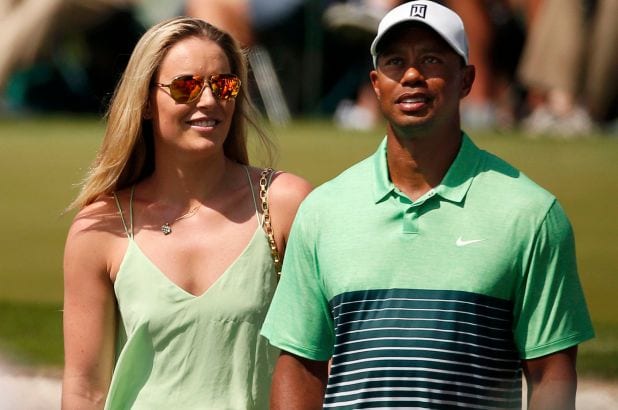 Post the affairs and divorce, love took a little time for Tiger Woods. But he soon found one in the form of professional skier Lindsey Vonn. He met her at a charity event and started dating in 2015. They dated for three years before splitting. Their hectic schedules became a problem for their relationship. Tiger Woods was also in a relationship with Kristin Smith from 2015 to 2017. But Smith ended it once she had doubts of infidelity from Woods. Following Smith, Woods came across Erica with whom he fell in love and have been together for years now.

Also Read:  Oosthuizen Net Worth: How Much Does The Famous Golfer Earn?