Who Is Thomas Petrou’s Girlfriend? Past And Present Relationships

The famous Tik Tok star has moved a step ahead on his successful journey! 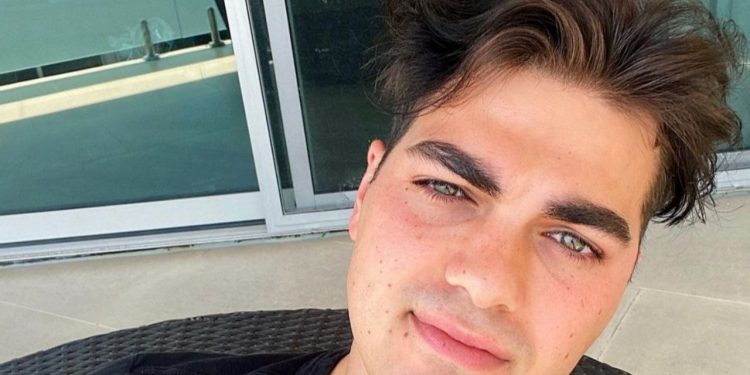 Lately, on 7th January 2022, Hype House, a Reality television series, has knocked on Netflix. And since then, Thomas Petrou is no more just a social media influencer but also a reality star! A day before the premiere, he had also shared this news on his Instagram handle, saying that tomorrow he is going to become a reality star! And it seems that this new journey is helping him with considerable limelight. Well, to know him much better, let’s start from the very beginning, like how he entered the entertainment world and much about his personal life, like Thomas Petrou’s girlfriend.

So, Thomas Petrou is an American social media personality and a potential entrepreneur. He is of Greek descent, born on 2nd September 1998. He first captured the central stage and attracted attention through his TikTok and YouTube channels. Thomas joined YouTube in 2015. And following the success of his channel, in the May of 2019, Thomas joined Team 10. Surprisingly, just within three months, he was expelled from it for unknown reasons. But this wasn’t the end of his journey on this path. This incident evoked him to have his experiments. Nearly about seven months after he ended his contract with Team 10, Thomas Petrou co-founded “The Hype House.”

The Hype House is a collective of online-content creators based in Los Angeles, California, who live in a large Hollywood Spanish-style mansion of the same name, The Hype House. This was done so that they could make content together. Lately, the series of the same name which had paved the way is about this collective only. However, fans are not only focused on Thomas Petrou’s professional life. In reality, they are more curious about his personal, precisely, his love life. So, is he dating anyone? Who is Thomas Petrou’s girlfriend? Well, if you want to have the exact details about his dating journey, then the below sections would help you to quench your thirst! On this note, let us begin!

The first highlighted relationship of Thomas Petrou was with Kayla Pimentel. She is also a social media personality and was his alleged high school darling. They both were very close to each other and had warmed each other’s hearts for almost five years. Following this, they had thought of ending that journey. This decision came forward in late 2019, just before Thomas Petrou had co-founded “The Hype House” with some of his friends in December. The couple announced the statement of their breakup in separate YouTube videos. In both of the videos, the common output was that now the couple thought that it was simply time for them to move on. Although they would have separate lives, they would always have a love for each other. But who is Thomas Petrou’s present girlfriend? Let us find out!

Who is Thomas Petrou’s Girlfriend?

A few months after Thomas Petrou’s split from his then-girlfriend, Kayla Pimentel, he began dating Mia Hayward. He had made their relationship Instagram official in the April of 2020. And in July of that year, they had also given their statement to the media officials saying that everyone already knew about it. Mia Hayward had also made her way to The Hype House, where along with the title of an amazing social media personality, she also came to be known as the better half of Thomas.

And when Thomas Petrou took charge as every member’s manager, since then, the couple has been regarded as the Mom and Dad! Isn’t that amazing! In one of his latest posts, Nic Kaufmann, a famous Singaporean TikTok creator, commented by denoting the couple as a Mom and Dad. He also asked Thomas and Mia to raise a bunch of teenagers and name it The Hype House! To which Thomas commented that he feels that’s a good idea!

Well, Thomas Petrou and Mia Hayward are very open about their relationship on social media. Their feed is filled with the couple’s adorable pictures. And so, Thomas Petrou is currently dating Mia Hayward. But in a photo around Valentine’s Day, she was seen wearing a ring on the wrong hand which means that it can be a pre-engagement ring. And so, as of now, they might not be willing to take any further steps in their relationship.

Also Read: Who is Ayh.tee from TikTok? All About Him!

The Angel Next Door Spoils Me Rotten Anime Announced

Where Is Red River Filmed? All The Locations Revealed