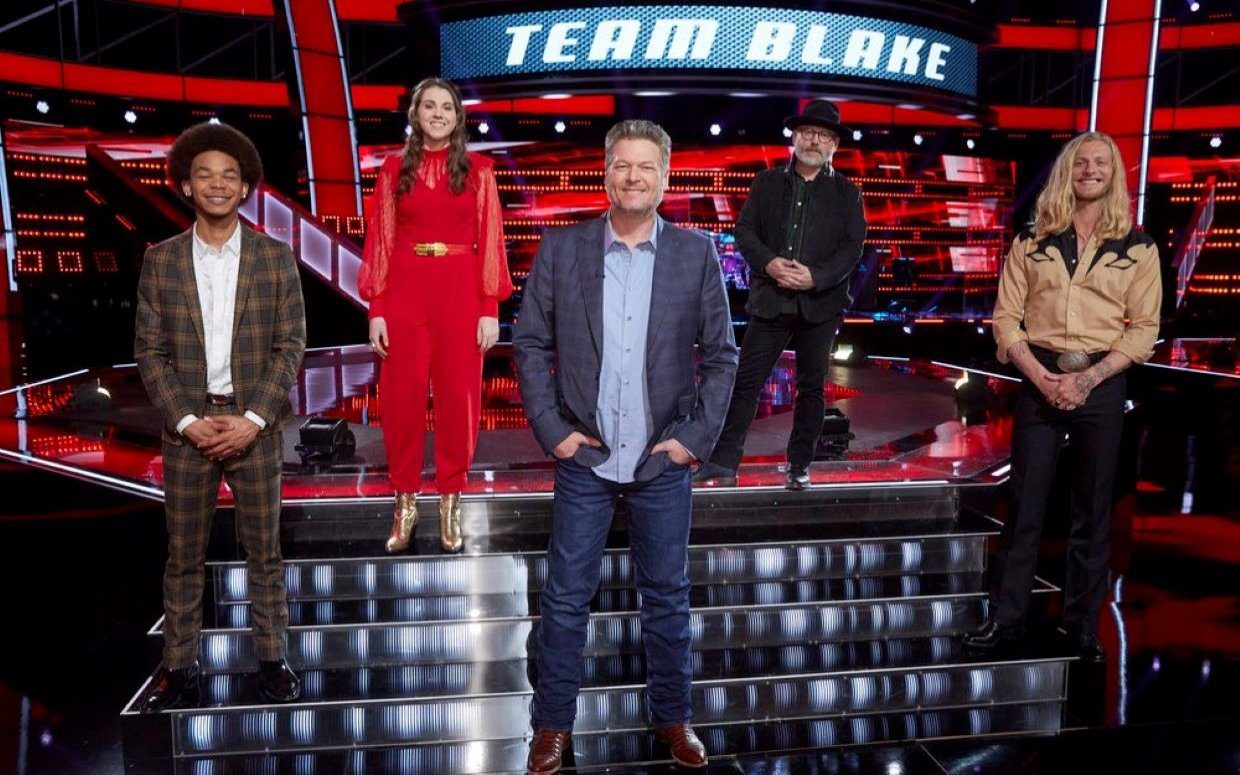 The Voice is an American singing competition show that airs on NBC. During the spring television season, it aired on April 26, 2011. It is based on the original The Voice of Holland and has aired for twenty seasons. It aims to discover the undiscovered singing potential in solo or duet performances, both professional and amateur, by aspiring singers aged 13 and above who are chosen through public auditions.

The twentieth season of the American reality TV series The Voice was premiered on 1 March 2021. Blake Shelton, Kelly Clarkson, and John Legend all returned as coaches for the twentieth, seventh, and fifth seasons, respectively. Nick Jonas returns to the panel for his second season after being replaced by Gwen Stefani the previous season. Meanwhile, host Carson Daly is returning for his twentieth season. For her second season as a guest coach, Kelsea Ballerini sat in for Jeremy Clarkson during the fighting round.

Who is the winner of The Voice season 20?

After weeks of Blind Auditions, Battles, Knockout Rounds, and show-stopping live performances, the singing competition was down to the Top 5, and on Tuesday’s live finale, the newest Voice champion.

Cam Anthony, a 19-year-old musician from Pennsylvania, was named The Voice 2021 champion. During the Season 20 finale broadcast of The Voice, which aired on Tuesday, May 25, he was declared the winner. Cam Anthony was mentored by Blake Shelton, who now has eight wins to his credit as the most successful coach in the show’s history. Cam Anthony expressed his happiness after winning The Voice in 2021, saying he was “feeling terrific.” 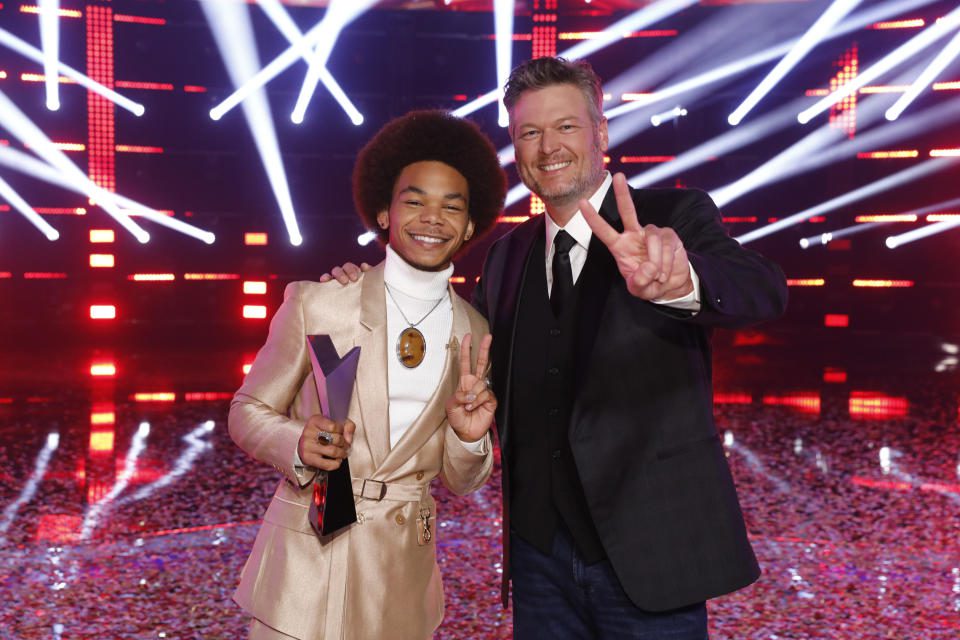 Anthony sang Cynthia Erivo’s Golden Globe, Oscar, and Grammy-nominated song “Stand Angeles Up” from the film Harriet, as well as Bon Jovi’s “Wanted Dead Or Alive” Cases C. Coach Blake Shelton joined him on stage for a duet of Fine Young Cannibals’ “She Drives Me Crazy.”

Cam Anthony and Blake Shelton were seen to be an odd pair. The former is a soulful singer, while the coach is a country music expert. Anthony thanked his coach for allowing him to “explore my artistry…and have as much fun with it as possible” in his thank you speech on the show.

Coach Blake Shelton also praised Anthony for helping to put The Voice on the map in its 20th season in ten years. “You coming on this program and allowing us to be a part of your journey has altered the show forever, and we’ve been in desperate need of that,” he added. Shelton owes his victory in part to fellow coach Nick Jonas.

Where was The Voice season 20 filmed?

Since its beginning, the series has aired twenty seasons in ten years, with a slew of renowned musicians serving as coaches, combat advisers, and special guests. The Voice is known for its secrecy when it comes to shooting and does not let audience members bring mobile phones to the sessions. To avoid spoilers and the shock aspect of eliminations, participants are not permitted to write about their choices or eliminations on social media until the program has been broadcast. The series is largely shot on location at Universal Studios in Universal City, California. 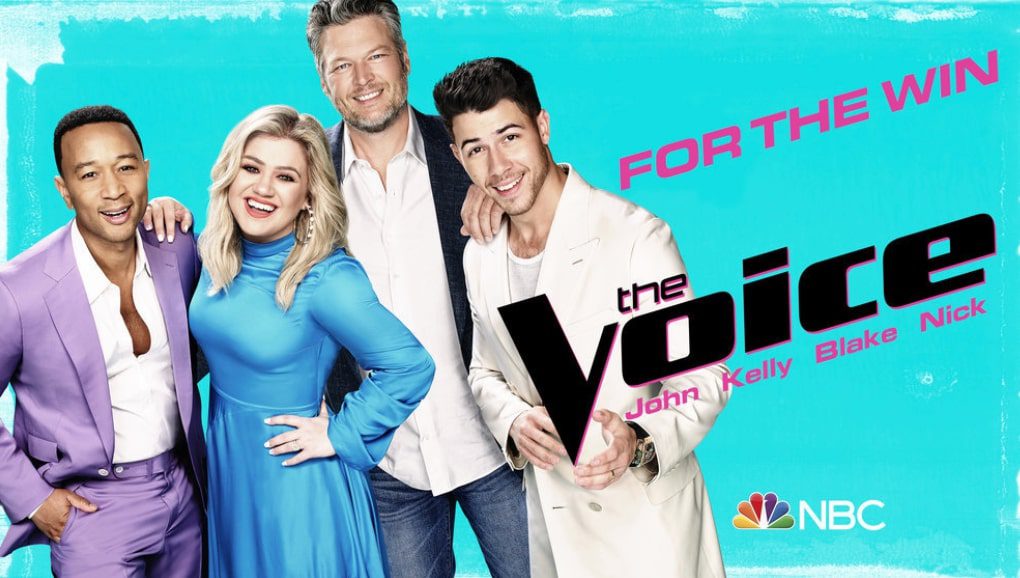 The series’ 20th season is shot in Universal Studios Hollywood, which is located at 100 Universal Plaza in Universal City, California. Stage 12 of the studio complex, which has over 30 sound stages, is where the iconic set, which has become a part of current pop culture, is built. In contrast to previous seasons, the 20th season is recorded without a live audience. Because of the COVID-19 outbreak, it was decided to maintain the filming limitations in place.

The show has previously conducted open auditions in cities around the United States; however, owing to the COVID-19 epidemic, season 20’s open auditions were held virtually. On the show’s official website, you may find the registration rules. Because two seasons of ‘The Voice’ are generally filmed every 12 months, auditions are theoretically always available. If a person is chosen, there may be a wait of 3-6 months until they tape their blind audition. The blind rounds are filmed over a period of 4-5 days. Following rounds are filmed over a longer period of time to give the participants more time to prepare for their performances.

Also Read: Put A Ring On It Season 1: Where Are They Now?