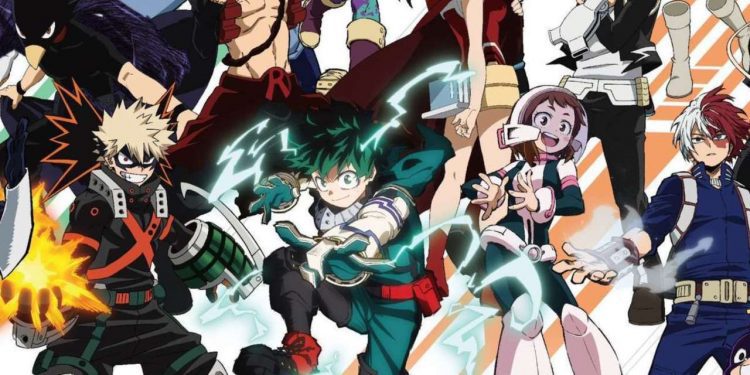 My Hero Academia - Who is the traitor?

Who is the Traitor in My Hero Academia? It’s time to reveal something really important. The thing you all have been waiting for has been revealed. If you are keeping up with the series of My Hero Academia then you must be aware of the scenario. However, if you are not aware then I will explain every inch of it. Lately, the manga was leaving the fans on a lot of cliffhangers which are creating irritability among the fans. To cure this, they were coming up with different theories about who can be the traitor of My Hero Academia. So, before moving to the matter of discussion, let me introduce this series a little.

The manga series of My Hero Academia has recently been in the spotlight. The question about the traitor always takes it up in the limelight. The manga has remained super popular since the day it has been released. The series was drafted and illustrated by Kohei Horikoshi and was released on 7th July 2014. The manga series has also been adapted into an anime television series that was released on 3rd April 2016. So, the question was, Who is the Traitor of My Hero Academia? let’s see who is it.

The plot of My Hero Academia covers the life event of a young boy named Izuku Midoriya. The protagonist of the series Izuku was born without powers and that was the reason that makes him different from everyone. Izuku has this dream to become a hero. He was scouted by All Might himself – The strongest hero of Japan. All Might admitted him to the Hero Academy and gave Izuku his transferable Quirk. This made him the ninth holder of One for All. Recently, the anime series was trending this burning question about “who is the traitor?”.

Lately, the plot of the manga is progressing in a way that hints to the reader about the existence of a traitor. The traitor can be anyone from U.A. High, it can be any staff, student, or teacher itself. Fans came up with this theory of the existence of a traitor because of the recent events that took place. There was a training session organized by U.A. High, the session has to be completely secure and secret but it was attacked. After the villains attacked the training session, it was hinted that there is traitors among the facility that betrayed everyone. To be particular, the session included only 1-A, 1- B and their respective teachers, it was hard to suspect who betrayed U.A. High.  Now, after around three hundred episodes, it was revealed who was the real traitor.

Chapter 335 of My Hero Academia, recently dropped out. With its release, it revealed the traitor. Don’t leave your places people, here I am going to reveal who was the traitor. A secured training session was attacked and non of the suspects was the facility of U.A. High, so who was it that helped the attackers to trespass into the session. It was none other than or invisible girl, Toru Hagakure. Surprised much? When it was revealed, the fans gave a very priceless reaction. Many of them started building their own theories about the reason why Toru did it. They are backpedaling in the story to find out the hints left by the writer and also making some sarcastic memes.

However, the reason why Toru might have betrayed U.A. High can be something related to her quirk. Just like any other fanmade theory, here we put ours. As Toru has remained invisible since her powers developed, fans think that it is quite hard to live invisibly. Toru has remained deprived of the social interaction that takes place by seeing others, she is clearly not happy with her quirk. Although, she got enough amount praising from U.A. High it’s clear that people with physical quirks are treated totally differently.

It is also been thought that Toru might also be involved with All for One, as with its help she can get rid of her quirk. But to use All for One she has to pay a high price. So, it is yet to get clear, whether Toru has sold her soul? Is she really involved with All for One? What price does Toru have to pay in order to get access to its power? That is why cliffhangers should be made illegal. What do you think of this new revelation?