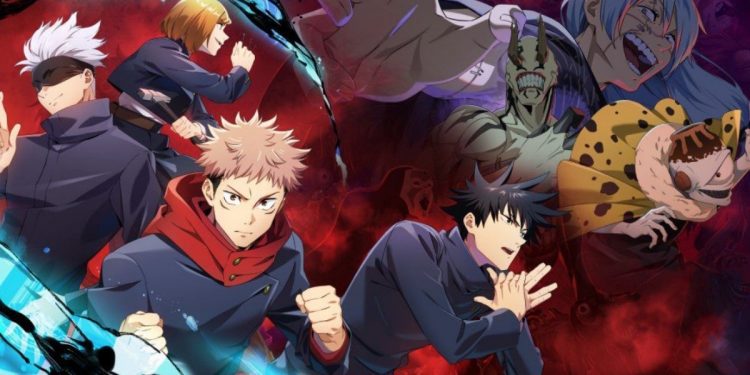 Jujutsu Kaisen is one of the best anime in the industry, being one that has gained large critical acclamations and multiple awards in a single year of its release. Full of dark secrets and unexpected twists and turns, Jujutsu Kaisen is not for the faint-hearted. Gege Akutami, the mangaka of the supernatural and fantasy-thriller series, does not hold back on jaw-dropping surprises. The fandom of Jujutsu Kaisen is no stranger to the heartbreaking death of many characters and the betrayal of the favorite ones. The latest chapters have started the biggest discussion in the forum, that is, who is the traitor in Jujutsu Kaisen. Alas, answering the question is not easy. The identity of the traitor is a most shocking one.

In this article, we shall exclusively discuss the identity of the traitor in detail. We shall explain just what led the traitor to commit such a lecherous act. In addition, we shall also discuss the popular theories regarding the possibility and presence of multiple traitors. Otakus, stay with us as we unravel the biggest mystery of Jujutsu Kaisen.

Who Is The Known Traitor?

So far, only the identity of one traitor has been revealed in the manga by Utahime Lori. After being promoted by Satoruo Gojo, Utahime takes matters into her own hands and conducts a comprehensive investigation in secret. What Utahime discovers is truly shocking and heartbreaking. It was found out that the traitor is none other than Mechamaru of the Kyoto Jujutsu High. Mechamaru, whose real name is Kokichi Muta, is a second-year student at Kyoto Jujutsu High School. So the important question is just how Kokichi is able to achieve such a feat. What we know about Kokichi is that he is handicapped and not able to use his body due to heavenly restriction.

Kokichi truly has had a very difficult childhood as he has been in constant and terrible pain for as long as he can remember and hasn’t even been able to see the outside world through his own eyes. What he gets in exchange for this terrible pain is a very strong jujutsu ability. Kokichi was born with an arm, in particular the right one and two dysfunctional legs which deeming them useless. He couldn’t feel anything below his waist due to an acute condition of paralysis. and his skin was so delicate that coming under the sunlight could destroy them. In addition, his whole body always gave the sensation of being poked with needles constantly.

In exchange for such horrible pain, what Kokichi gets is a huge reserve of cursed energy with which he can even cover the entire nation of Japan in his range. His heavenly restriction allows him to use his jujutsu ability of Puppet Manipulation across an enormous range, far exceeding the boundaries of his cursed energy production. So, Kokichi himself is somewhere else while he carries out his jujutsu shenanigans by being in charge of Mechamaru, which is ultimately just a cursed corpse. Kokichi who is just the man for the curses to carry out their evil objectives used his cursed energy to control small miniature discs to spy and eavesdrop on the schools’ activities without bringing any notice to himself. Thus, it was due to the help of Kokichi that the curses were able to infiltrate the school grounds during the Kyoto Sister School Exchange Event and it was he who informed Mahito about the demise of Kechizu’s and Eso’s through phone in chapter 62.

Why Did Kokichi/Mechamaru Become A Traitor?

Throughout the series, it was shown that Kokichi really and deeply cares about his classmates at Kyoto Jujutsu High. It was also revealed that he possesses deep romantic feelings for his classmate and friend, Miwa Kasumi. So, what exactly was it that pushed Kokichi into betraying the whole jujutsu society? During the Kyoto Sister Exchange Event, Kokichi makes his appearance for the first time shows that he is quite mentally unstable due to his condition.

The way he behaves with Panda and the reason that he discloses as a cause of his behavior is a testament to the anger and hatred that he held within himself. He absolutely hated the fact that he couldn’t have a future outside of jujutsu due to his handicapped body and had thus made up the mind of doing anything to get out of this state. He volunteered to be the traitor and help the curses by collaborating with and providing information to the curses, in particular, Mahito and Geto in exchange for a normal and healthy body that can be achieved through the technique of Idle Transfiguration. Mahito and Geto, to seal the deal, also engaged in a binding vow with Kokichi to eliminate any possibility of deception. It was due to this, that Kokichi couldn’t come out of the pact even if he desperately wanted to.

How Did Kokichi Die?

Kokichi despised the fact that he was born with such a terrible condition and this was the only reason for his betrayal. He even once claimed that he would gladly return every ounce of cursed energy in exchange for a healthy body. Otherwise, Kokichi was a very loyal and caring friend who would do anything to help his friends. Thus, he only shared information with Geto and Mahito but stipulated in the binding vow contract that they would not kill or try to harm his friends and classmates from Kyoto Jujutsu High. After his body was cured by Idle Transfiguration, Kokichi, who no longer wanted to associate with the curses attempted to kill Mahito and Pseudo-Geto during the Shibuya Incident Arc. Kokichi staked everything on his strategy and perseverance in order to kill Mahito but, in an unfortunate course of events, his desperation leads to his death before he could even meet any of his friends or Kasumi in actuality.

Also read: Strongest Domain Expansions We Have Seen In Jujutsu Kaisen So Far: Ranked in 2021

Who Are The Other Traitors?

Even though the identity of one traitor is known, Utahime provides another crucial piece of information that there is, for sure, one more traitor. Utahime also states that there is also a high probability of there being more than just two traitors. In short, there could be multiple traitors amongst the jujutsu society in cahoots with the curses. It has been revealed by Utahime that, Unlike Kokichi, a second mole is a person of a higher rank and authority in the jujutsu society.

Although with a very important piece of lead, Utahime, is unable to act on this knowledge because due to its ambiguity and the risk that she would have to take on in order to investigate a higher up. Now, all the attention so far has been given to the betrayal of Kokichi and all the suspicious events so far have also been connected and tied up to him. Not much is known about the traitorous higher up. All we have to go on are speculations and interesting theories. It is possible that we might already be familiar with the traitorous character and it is also equally possible that the character hasn’t been introduced altogether in the series. Considering the number of characters that are still making their debut in the series and a lot of characters that will be introduced in the future, there is a high possibility of the latter. 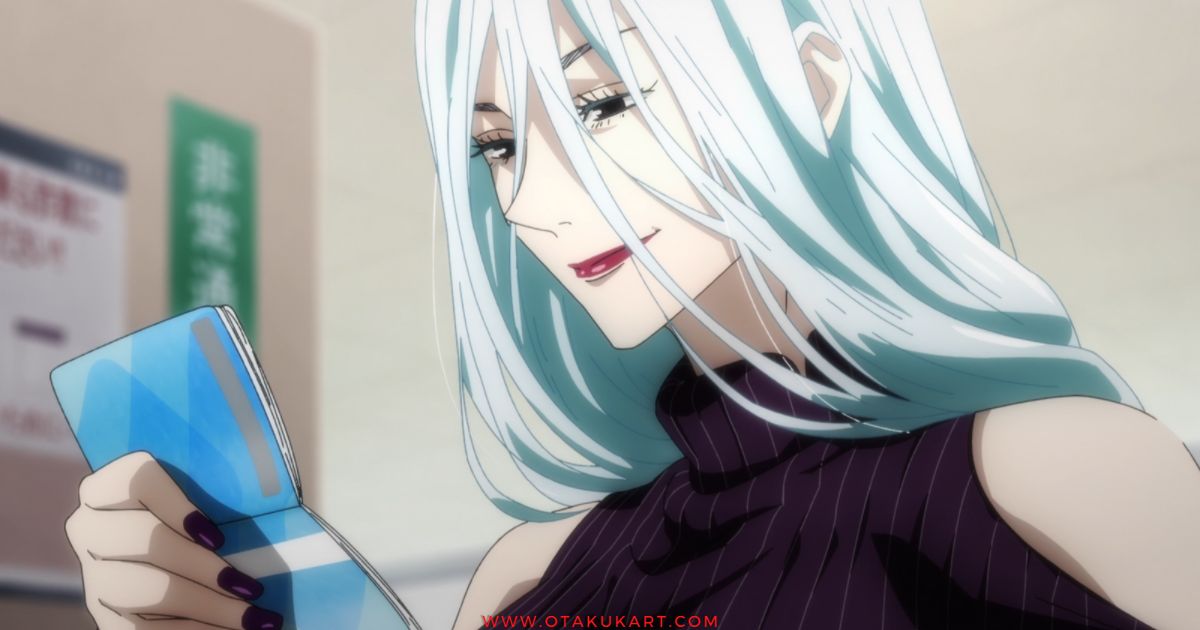 Regardless of the latter possibility, the fandom has been doing their own investigation and has come up with the best of the theories. Now, it is time for us to give you our take on the speculations. The most popular speculation so far is that of Mei Mei being the second traitor. Now, Mei Mei isn’t really a fan-favorite with her greedy nature and her insatiable desire to earn money at all costs. This in itself is the biggest red flag that we have. It’s highly probable that she has betrayed the jujutsu society for her own gains. Another suspicious event that supports this theory is that Mei Mei’s fight with Mahito during the Shibuya Incident Arc wasn’t shown.

Much to the confusion of the readers, there is a small skip in the timeline which shows that Mei Mei, along with her brother, Ui Ui is at a hotel discussing the financial and very global implications of the Shibuya incident. Thus, we are not sure if Mei Mei actually fought Mahito or left the jujutsu sorcerers to save her own skin. She is definitely self-centered and mainly concerned with her own well-being, as her first and only act after the incident is to sell all her stocks. Is this, however, enough to label Mei Mei a possible traitor? Let us know your thoughts on Mei Mei in the comment section.

The second theory and lesser popular of the two is that of Yuki Tsukumo, Aoi Todo’s jujutsu instructor being the traitor. She is well known in the fandom as being the one responsible for pushing Geto into madness by planting ideas of a future apocalypse in his head. However, what must be kept in mind is that her principles are unconventional and that she doesn’t want to deal with the cause of curses in the way that Geto does. In fact, her ideals are completely opposite to the methods of Geto. we believe that Yuki, as of now, should not be suspected of being the traitor as in the latest releases, she has joined forces with Yuji and allied to defeat Geto.

Also read: Jujutsu Kaisen 0 the Movie Receiving A Novel Adaptation On The Day Of Release